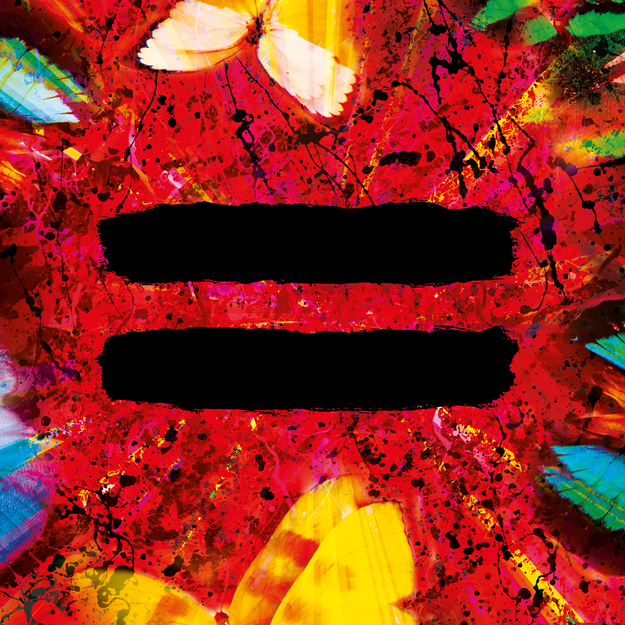 When Ed Sheeran announced he was taking a break from recording he had just come out with his record breaking album, “Divide.” He said he needed to find himself and explore life, so that he could expand his music and have something to write about. I figured there were three options for Sheeran to evolve. He would either 1) come back trying to sound like Bon Iver, 2) he would create something new and eclectic, 3) or he would double down on pop formulas and sell out entirely. It sounds like he has taken the third option, his new album “=” is a generic collection of over-sentimentalized garbage.

Sheeran is creatively bankrupt. His last album “No.6 Collaborations Project” was him dipping his toe into other genres and it was catastrophic. The Grammy nomination he received was critically lauded and it should have been an indication for him to avoid that creative direction. It can be hard to hear the haters when you’re drowning in money I suppose.

The first sign of trouble was the release of its first single “Bad Habits.” This track is best described as “Dentist Waiting Room Pop.” Its 80’s musical aesthetic and bad boy lyricism is a rip off of The Weeknd’s latest stylistic shift except that it has been scrubbed clean of any content remotely considered inappropriate to be safe for the widest audience possible. The song lacks any edge to it at all and sounds dated despite stealing recent trends. It’s ironic that Sheeran is ripping off an artist (The Weeknd) who is in effect also ripping off tropes from the 80’s which leaves us with what can be compared to watered down Natty Light. Ed Sheeran is like a possum digging through the dumpster and presenting us a moldy half-eaten sandwich like it’s a Michelin star dinner.

I could break down each of the tracks on “=” separately but that would be an exercise in futility. They all repeat the same boring vocal melody with background vocals that have been retouched to sound like The Weeknd. The worst part is this cheap “clap” plug-in, it appears on “Shivers,” “Bad Habits,” “2step” and “Stop The Rain” to name a few, and that’s already too many. If I hear it one more time, I’m pouring bleach into my ears.

Into this boring melody he lays bland, melodramatic lyrics that would make even Chris Martin cringe. Sheeran’s transition to pop could be attributed to his label forcing him to reach a different audience and enter into the club scene, but this music is so awful no one would want it playing in the club. The only audience for this music are the radio stations who are paid to play it.

A few songs sound like Coldplay rejects from their “Mylo Xyloto” album that Sheeran recycled but forgot to update or edit. “Overpass Graffiti,” “Collide” and “Love In Slow Motion” are all guilty of that dreamy sentimental pop but now they sound outdated, and of course his producer threw in that “clap” effect. This comparison feels insulting to Coldplay; they haven’t had a good album in a while but to give them credit, they’re experimenting with new genres and modes in a much more organic way and providing some recognizable attributes of style. Ed Sheeran has become a “generic singing man I heard on the radio.”

I saw Ed Sheeran perform at the Pechanga Arena when he first started doing stadium music around 2013. I remember it being a poor performance and thinking that Sheeran should stick to his cozier, acoustic sound. Well. This is it, Ed Sheeran. This is the final straw. You’ve run your course. Come up with new ideas or stop making music. I can’t take it anymore.