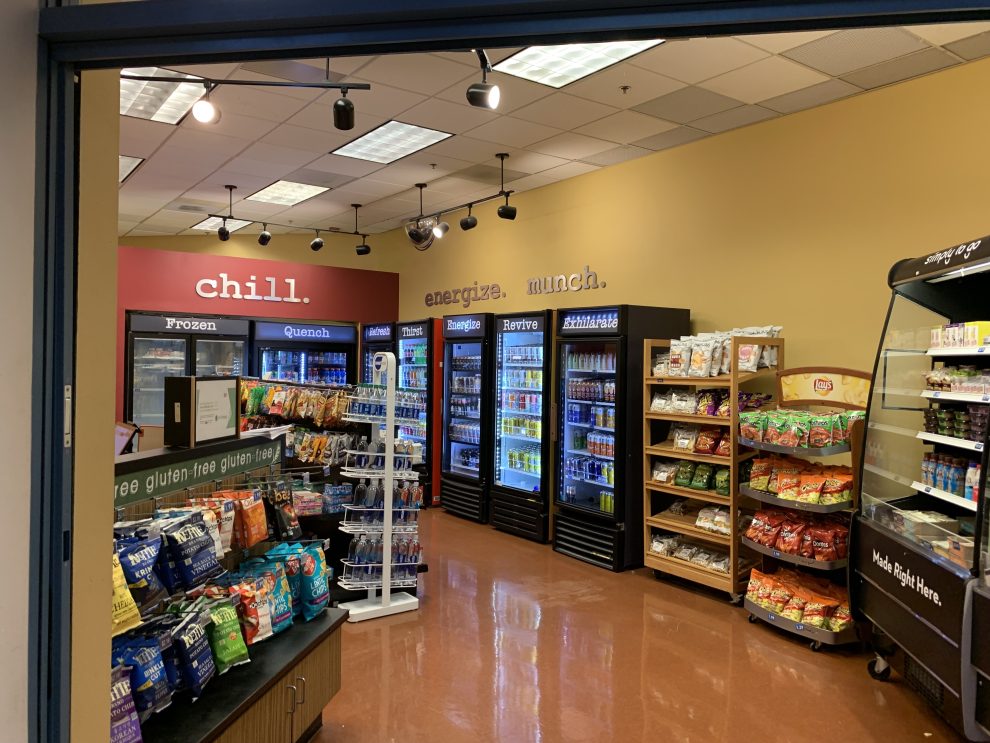 Supply shortages and market price inflation as a result of the pandemic have come to a pinnacle during a time when the holiday season has led to high demands within grocery stores, and even Point Loma Nazarene University’s campus market is being impacted.

In a congressional meeting covered by the Associated Press this week, Federal Reserve Chairman Jerome Powell said the Federal Reserve can’t be sure that price increases will slow, and inflation is only “forecasted” to decline, not guaranteed.

To add to Powell’s projections, the AP reported consumer inflation is at a three-decade high, and SODEXO (the company that manages PLNU’s food services and facilities management) is feeling the effects according to Erik Cubero, retail manager of the SODEXO-supplied businesses on campus (Breakers Market and Bobby B’s).

“All retail locations have been impacted by supply shortages,” said Cubero in an email interview. “Coca-Cola, Pepsi products and other big brands are still not able to provide all the items we order.”

Combine this shortage with trying to bounce back after being closed for the majority of 2020, and price decreases can only be forecasted, not guaranteed within the Breakers Market, according to Breakers Market’s supervisor Irene Alvarado.

“Right now with the economy the way it is, I wouldn’t dream [of prices going down],” said Alvarado. “I see the invoices when I get the merchandise. SODEXO is still working on that. It’s going to be a surprise for students next semester.”

There have already been concerns this semester about Breakers Market’s prices for students like Isabella Purdy — a second-year environmental studies major.

“The market is convenient, but its prices keep me away from buying,” said Purdy. “Price fluctuations are frequent. Arizona Tea for a while was kept well above 99 cents despite it literally having the 99 cent sticker on the can.”

However, those fluctuations according to Alvarado were an error. “That was my mistake,” said Alvarado. “I didn’t know it was on the can. We admittedly correct that. We respect the prices all the time.”

While there might not be a $3.60 increase in Arizona teas next semester, it is still quite possible for a substantial increase within Breakers Market and beyond, according to marketing professor Jamie Mcllwaine.

“I think what we’re seeing in general as companies are doing these incremental price increases, is cost-plus pricing. As transportation and labor prices go higher, the margin is being squeezed,” said Mcllwaine.

Mcllwaine defined “cost-plus pricing” as a strategy for pricing items with the goal of creating more of a bubble within the marketing margins so that companies can exceed just breaking even. Margins are found by determining the difference between the price at which a good is purchased from another company and the price at which it is sold to the consumer.

Within smaller stores like Breakers Market, margins are influenced by their product’s pricing which is dependent on a consumer’s desire for convenience, according to Mcllwaine.

“The more convenient or the smaller quantities we’re buying, the prices are going to be higher,” said Mcllwaine.

But for Purdy, the convenience is not a strong enough pull.

“I understand the ‘convenience’ of it, but that doesn’t justify how expensive it is,” said Purdy. “Monster energy is noticeably more than what it would be priced at a Jensen’s or Target. College students don’t have a ton of money on them, and the student market should help benefit the students, not rip them off.”

Cubero said SODEXO’s pricing for products has not been set for next semester, but he doesn’t expect every product to change dramatically in price.

“We follow Sodexo guides for prices, Sodexo has tools to help us to determine the prices,” said Cubero. “Everything is getting more expensive: suppliers are increasing prices, hourly labor rate increased by $1, gasoline price, etc. Those are some of the factors. Although all suppliers increased their prices, we haven’t increased any price yet, and I’m currently working on prices for next semester.”

Last year concluded with grocery prices up 3.5%, according to the USDA, and this year a similar statistic is expected (if not higher), according to Mcllwaine.

Within Breakers Market changes have not been established so Alvardo offered this statement: “I try to get the best product for the students and, of course, I see some high prices too. It’s all over everywhere. Our economy went up a lot because of COVID-19. We don’t abuse the prices; I can assure you because I’m at the front of Breakers Market and I am very honest. I accept comments and I have an open mind.”