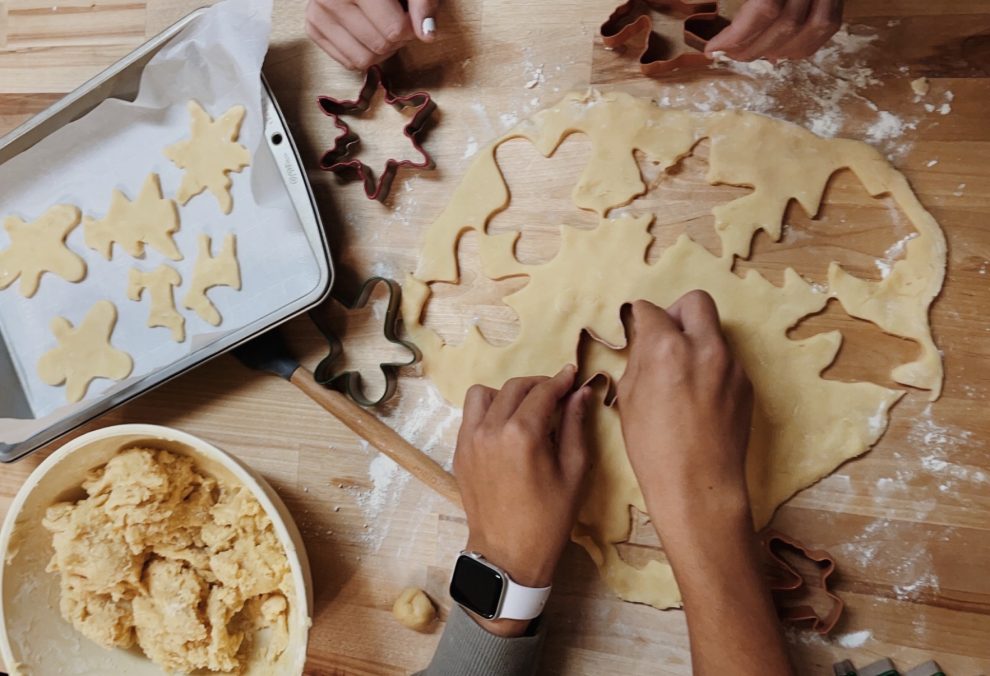 Surrounding an assortment of cranberry stuffing, candied yams and a sizzling turkey on many dinner tables this Thanksgiving was family; both nuclear and extended who have traveled miles to be together as one. The holiday is the first time some college students have returned home since the start of their school year.

Yet for ten resident assistants (RA) at Point Loma Nazarene University, returning home to a turkey and controversial uncle was not an option. One RA per residence hall either volunteered or was selected to stay on campus to oversee their halls during Thanksgiving break.

As a part of their contract, RAs are required to monitor their halls on select weekends and breaks for the safety and maintenance of their halls. Thanksgiving, fall, spring, and Easter break are extended breaks where one RA must be on duty in their hall.

I was the RA on duty for Hendricks Hall during Thanksgiving break. To be honest, the initial news of not spending time with family or friends from my home state of Washington was upsetting. A sense of isolation crept towards me just as the break did on my calendar, and this feeling solidified as students began to return home.

On duty RAs worked 30 minute box shifts in their residence halls the Wednesday, Friday, and Saturday of break.

No residents came to the Wednesday and Friday box shifts that I worked. This was discouraging but made sense with how little people were in the building.

Andrew Kamemoto, third year biochemistry major and Nease RA shared that a lowlight of his break was not having residents show up to his box shift.

“It really felt empty. Nease is normally pretty vibrant being the biggest dorm so being in the box and seeing nobody walk through was sad,” said Kamemoto.

None of Kamemoto’s residents stayed in Nease over break.

“I was happy because all of them had a place to go and spend the holiday,” Kamemoto said.

A challenging aspect for second year biochemistry major and Nease RA Hannah Rodarte was not spending time with loved ones.

“I love traditions and family is a huge part of my life, so it was a bummer not being able to be a part of [Thanksgiving] this year,” Rodarte said.

“A low [was] going back to an empty dorm when your whole family is together,” Sunberg said.

Back when the on duty Thanksgiving RAs were assigned in late August, I found out fellow RA and friend Sunberg was going to be on duty with me. To make light of the situation, she came up with the idea of hosting a Thanksgiving for the RAs who did not have a place to go on the holiday.

Sunberg reached out to the ten RAs and invited them to the alternative Thanksgiving. During the quiet week, RAs who were available came together to bake and decorate cookies, watch Christmas movies and get ice cream.

“[A high was] getting to know the other RAs who stayed. We all live in different buildings and don’t get the opportunity to know each other too well throughout the year, so it was good to get to know everyone better,” Sunberg said.

Spending time with residents and the RAs made being away from home easier for Kamemoto.

“One morning, Lydia and I went to OB Beans and just studied for a couple of hours. With so much time, it gave me the ability to go and do things that I wouldn’t have normally done like watching a sunrise,” Kamemoto said.

I used the time to pick up old hobbies such as painting, going on long walks, and listening to unhealthy amounts of Taylor Swift. When I felt homesick and ended calls with family and friends back home, knowing that there was a group of people who could relate to my realm of emotions was comforting. Spending time with other RAs made up for the Thanksgiving that was once deemed as lost and helped me develop a new idea of thankfulness.

Breakers Market on the cusp of an economic cliff with a sea of price inflation and supply shortages.
Empty Carts