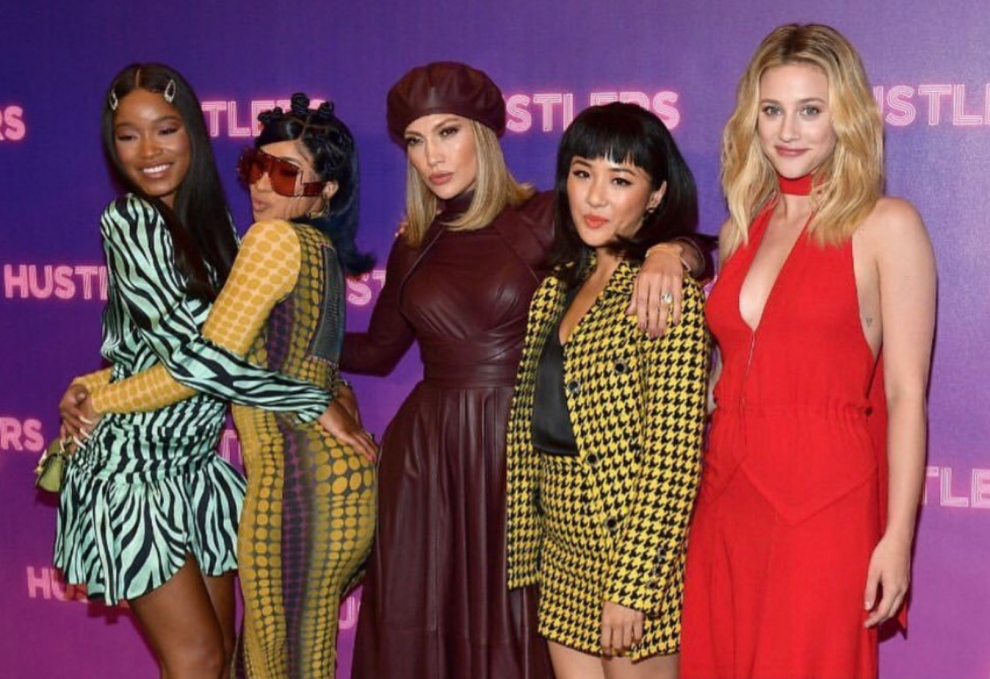 I thought I couldn’t love J-Lo more– I was wrong. This past weekend I got to see Jennifer Lopez transcend into Ramona, a businesswoman by day and stripper by night in Lorene Scafaria’s 2019 “Hustlers”. The film is everything I could want in a women’s empowerment movie. It’s naughty, hilarious, saucy and manages to somehow tap into a deeper realm of societal issues. Think Sex and the City meets The Wolf of Wall Street with an MTV soundtrack.

It’s the year 2006, pre-screenagers and influencers, and Ramona takes the new-girl dancer under her wing. Ramona is the strip club’s most popular dancer due to her being a self-proclaimed “people person.” Ramona tutors Destiny, urging her to study the types of men who come into the club and look past what they want.

When the stock market has crashed, in movie time, the girls are in dire need of some cash. Ramona’s plan is simple and business savvy; give the men who come to the club a little MDMA ketamine mix and swipe their credit cards till it’s gone…

Most of the film is narrated by Destiny in present time while recounting the story to a reporter. “The well-timed switches between current time and the flashbacks kept the audience guessing what would happen next,” said sophomore film studies major Grace Ramos. Destiny’s backstory and family history are revealed to explain her humanity and brief moments acting as Ramona’s Achilles heel.

Stepping out of her usual rom-com roles, Lopez uses her Bronx street-smarts and oh-so-famous dance moves to curate the mysterious complexities of Ramona’s character. In a movie about control, Ramona makes it clear by her actions that she only cares about the people she’s closest to: Destiny, her daughter, and the other “hustlers.” Destiny goes the more humanitarian route and consistently questions how far the hustle should go. This could be in terms of the amount of money they take down to the drugs they slip the men.

What truly makes this movie so good is the sisterhood between the hustlers and other women dancers at the clubs. The funniest parts of the film were the upbeat montages of the hustlers shopping, celebrating Christmas together, laughing and living lavishly in their money and excess. This movie incorporates a glamorized battle of the sexes storyline too. Ramona emphasizes that the hustlers can be just as cunning and clever as the stockbrokers can be. Her line of logic is that those Wall Street men stole from America- hence the 2008 crash. Now, she’ll return the favor. “The story never followed the male perspective; I thought that was very refreshing,” says Mady Goss, sophomore media communications major.

The movie’s respective portrayal of female dominance offers some new perspective on Point Loma’s three to one girl to guy ratio. “It’s not a negative thing to have a female-dominated school. I find some conversations about the ratio on the brink of internalized misogyny. We shouldn’t look down on the plethora of amazing female voices,” says Elaine Giles, senior social work major. The camaraderie and true friendship between the women is something the PLNU community can strive for.

“Hustlers” received an 87% rating on Rotten Tomatoes and scored the number two spot in the US box office its opening weekend. You can still see “Hustlers” in theaters nationwide.

Let’s Take a Stroll Down Convoy Street
Who Chooses the Caf Food?