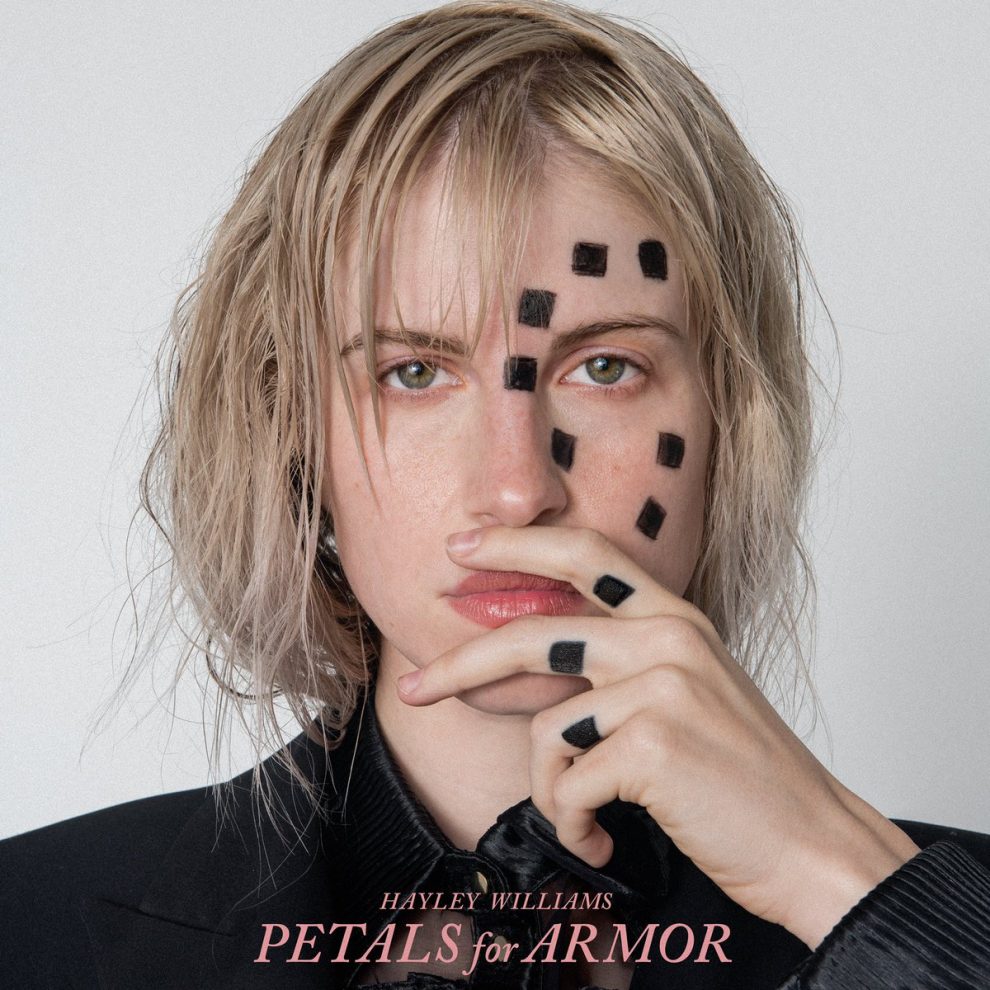 “Rage is a quiet thing,” Hayley Williams sings in “Simmer,” the first song off of her solo project, “Petals for Armor.” “You think that you tamed it, but it’s just lying in wait.” Williams’ untamed lyrics and musical genius are no longer lying in wait—and they come to us as a sonic gift wrapped in petals.

The lead singer of Paramore released the first installment of her solo project earlier this month. “Petals for Armor I” is a five-track EP that could be summed up as stealthy, shadowy horror pop with its ominous and contemplative synth beats mixed with deep, dreamlike bass and metallic drums. The overall mood and sound are heavily influenced by Radiohead, Bjork and Solange to name a few.

These five tracks seem to center around growing into one’s earthy femininity and wrestling with rage, depression, longing and sexual desire. “Home is where I’m feminine / Smells like citrus and cinnamon,” she sings in the most upbeat, but far from sugary, song “Cinnamon.”

“Simmer” begins “Petals for Armor” with palpable tension and simmering undertones. Williams is inviting us to wrestle with dark emotions and experiences in this project, and “Simmer” gets us into that frame of mind.

“Leave it Alone” is deeply personal and touches on Williams’ battle with depression and suicidal thoughts. “Now that I finally want to live, the ones I love are dying,” she sings. “The truth’s a killer, but I can’t leave it alone,” can be relatable to anyone who has ever stared into the hopeless abyss but kept going back there searching for truth.

“Creepin’” might be my favorite song on the EP. It hits close to home for anyone who has had trouble moving on from an unhealthy relationship. “It always starts as something so simple and innocent but / Too much of anything, you never know how to quit,” Williams sings. “You hate the taste but you don’t wanna forget it / Just keep on sucking on the memory of him.” The imagery of bats and vampires and blood, sucking and creeping, adds to the strangely empowering yet sinister mood.

In “Sudden Desire,” we get the quintessential, powerful belting voice that Williams is known for. “Don’t look in my eyes, I feel a sudden desire,” she yells, “I wanna feel his hands go down.”

Williams’ distinct and visceral voice bleeds through clearly in this EP with untamed feminine rage that deals with the brutality of the truth about depression and desire. During a time in my life when I, too, am grappling with these things, Williams has once again given me a platform to delve into these topics and sing while doing so. The full album “Petals for Armor” will be released on May 8.