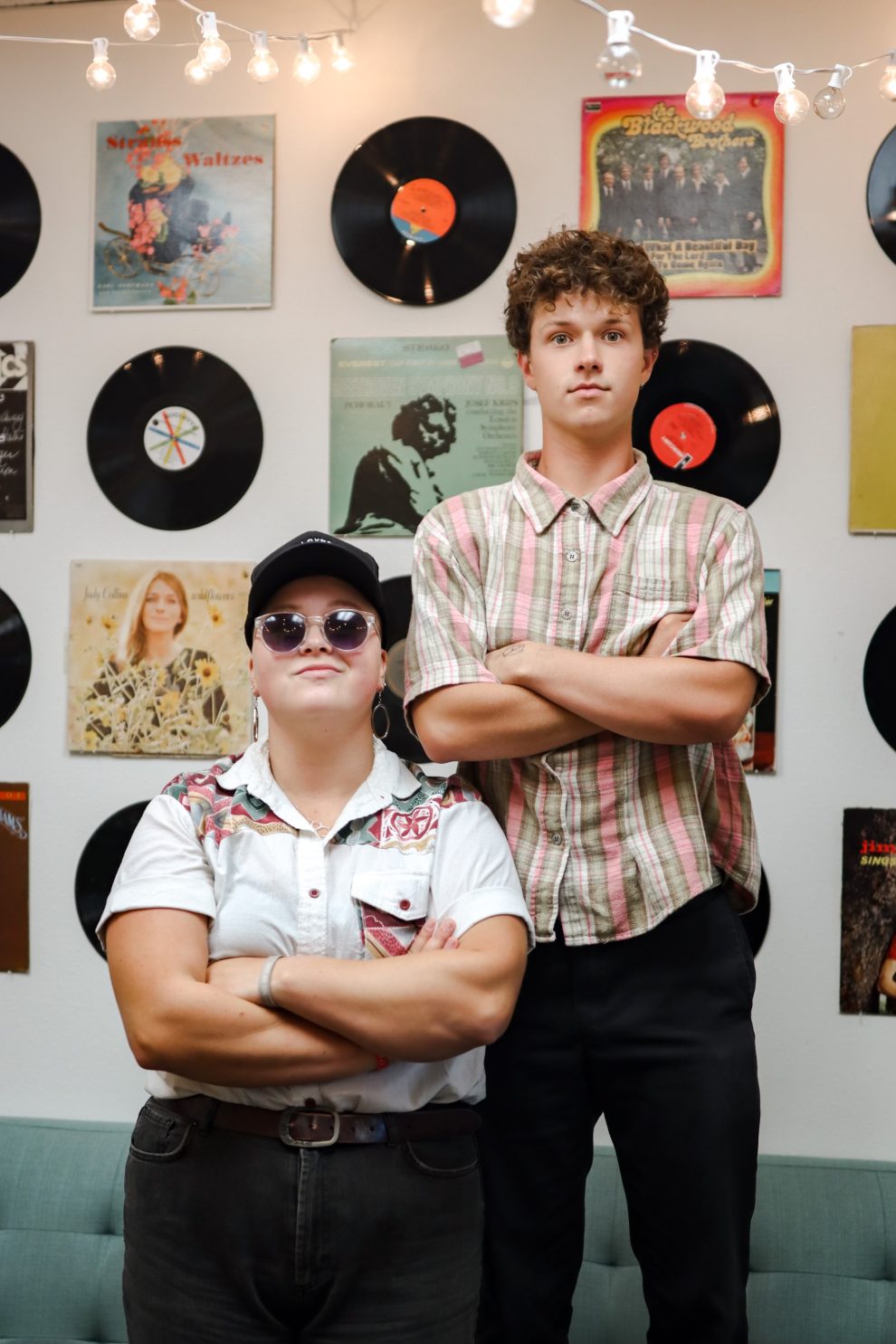 COM2075 (Audio Production) requires hosting a weekly radio show, and most students choose to play music from various artists; however, Wisenor and Cummings sing their music themselves.

“We decided to do live music rather than playing music from the system because of God … we were planning on playing worship music anyway so Grace grabbed her guitar and it just worked,” Cummings said.

Wisenor and Cummings are the only students of the current COM2075 class that perform their music live.

“We have had students do live music in the studio before, but not as extensive as it sounds like they are doing,” said Rick Moncauskas, professor of COM2075.

“Our show is so fun because we get to just hang out, worship the Lord and invite others into it through being live on the radio,” said Wisenor.

In Point Radio’s studio, microphones are set up for Cummings and Wisenor and her guitar, and a Point Radio TA monitors their sound levels and records the show.

“I love singing live in the studio because there’s not as much pressure with people listening, and it can be between us and God. Even though it’s playing on the radio, it feels very intimate with the Lord,” Cummings said.

In-n-Out Hot Chocolate also features guests on their show. They have featured different friends on campus and also people from other churches. Cummings and Wisenor talk to their guests about God and how He works in their lives.

The show can be listened to on the RadioFX app. Sierra Huerta, Point Radio Station Manager, said that one need only download the app and search “Point Loma” to find shows and music playing 24/7.

“Both of our parents listen every week which is really awesome; they’re so loving and encouraging about it,” said Cummings. “We also have other people consistently listening to our show, which is very supportive.”

Ring by Spring
Surf Film “Bloom” to Premiere in ARC