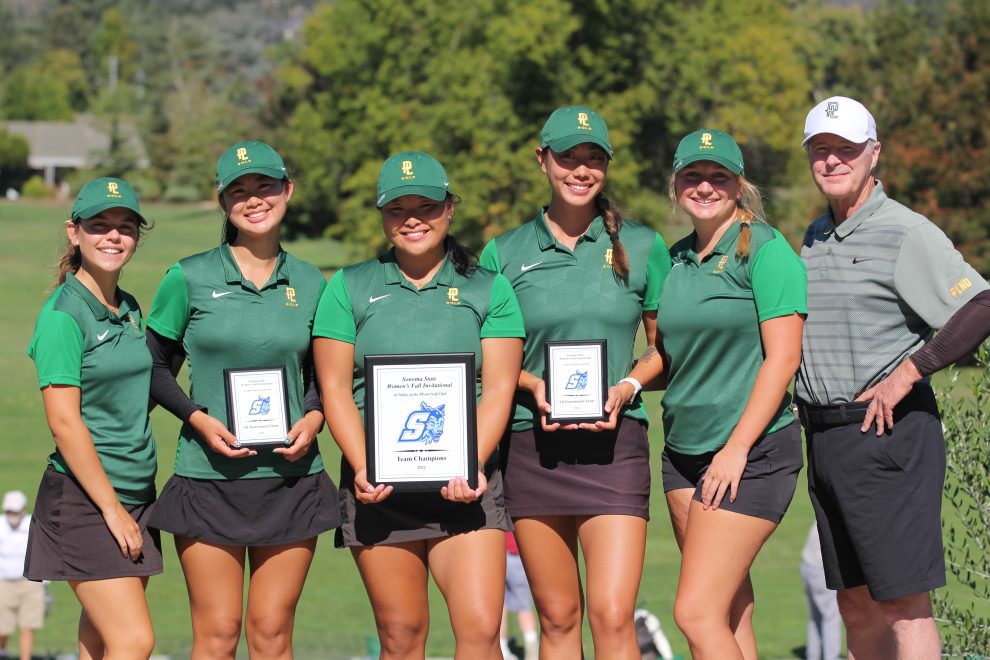 The fall golf season for the Point Loma Nazarene University women’s golf team came to a close after they wrapped up a week-long trip to Hawaii in late October. Despite playing their official season in the spring, the initial tournaments the women compete in during the fall are equally as important. These preseason tournaments allow the team to ease into a competitive setting and the fall months are an ideal time for the Sea Lions to readjust to traveling and familiarize themselves with their spring opponents.

In late September, the Sea Lions left the California coast for the Arizona desert to kick off their fall season in Goodyear. By the second day of the tournament, the team had already ditched their early season jitters and rust. Four of the five golfers improved their scores, and the Sea Lions placed seventh out of a talented 15 team lineup.

The team worked out their remaining kinks a week later in the Bay Area with a first place finish. It wasn’t a perfect week for the bunch, but they demonstrated their resiliency by improving their scores on the second day of the tournament.

The tropics of Hawaii offered far better golfing conditions than the desert and Bay Area. The Sea Lions took advantage of this favorable environment, finishing second in their final two tournaments on the island. Their success in Hawaii earned them PacWest Team of the Week honors, providing the ladies with plenty to look forward to in the spring.

The fall season was mostly sunshine and rainbows for the Sea Lions, but there is always room for improvement. Coach Lance Hancock would be the first one to stress that.

“This team has worked hard all fall on the same things and we are improving in many areas each week,” said Hancock.

The growth of the team in these first few months pleased Coach Hancock, but there’s still plenty of work to be done, according to Hancock.

The team’s success was no fluke; Hancock demanded hard work from his players, and they delivered. Their response to Hancock’s mindset is imperative to the team’s success further down the road, and Hancock relayed this by stressing how competitive the PacWest conference has become.

“We have our sights on a Conference Championship … and we will still need to improve to win another one,” said Hancock.

Achieving Hancock’s goal of a Conference Championship is something the team did for the first time in program history back in 2021. Good thing for the Sea Lions, the core group of ladies who led the team to the title in 2021 is still around in 2023.

Arguably the most notable name of this year’s bunch is graduate student Alli Kim. In 2021, the PacWest watched Kim dominate the conference and play a significant role in helping secure her team three straight wins. After a year of serving as the team’s assistant coach, Kim is back with many of the women she played with on the 2021 championship squad.

The experience and maturity of this team is something other schools may lack as they welcome their freshmen onto the college golf scene.

“I definitely feel like this team has an advantage being an older team. Confidence and experience is really important in golf, and I think that sets us apart from younger teams,” said Kim.

Golf, being an individual sport, isn’t always about beating the other team but making sure you don’t beat yourself. A golfer’s toughest opponent is often their own mind, not the person walking down the fairway with them. Mature golfers understand the importance of remaining level headed during a long round of golf that will inevitably have its ups and downs.

“We are able to stay focused after a bad hole a little better than others simply because of our experience,” said Kim.

Not only will their maturity serve them well in the spring, but both Hancock and Kim explained how practices are run in a competitive manner to ease the pressure of actually performing in the big moments of spring.

The four fall tournaments revealed what the team still needs to work on, while also highlighting what this bunch can accomplish. As a mature, resilient team, the Sea Lions proved they have the ability to improve day by day during long stretches of golf. However, they will look to use the winter offseason to perfect their craft.

The women’s golf team will be back in action in late February with another tournament in the Bay Area. This will be one of five spring tournaments that leads up to the team’s ultimate goal: the PacWest Conference Championship.