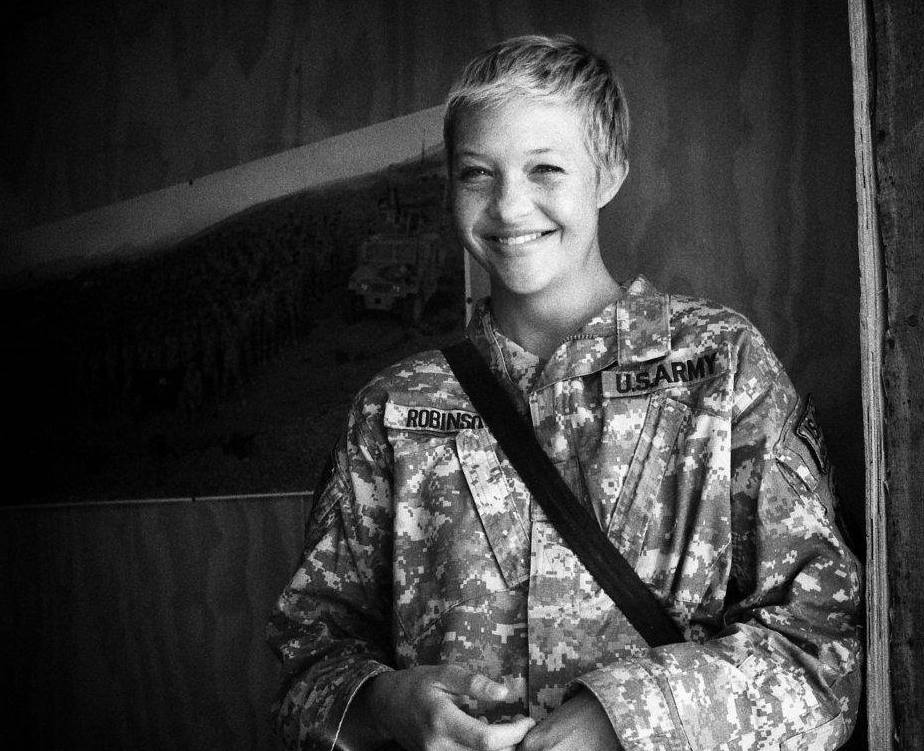 On Nov. 11, the nation shared in Veterans Day, a day celebrating the less than 1% of our nation who served in the U.S. armed forces. However, some may not know the entire month of November is Veterans Appreciation Month.

Across San Diego, veterans usually gather for various events: a Veterans Day parade, luncheons and get-togethers. For myself and those who are active veteran advocates within the veteran community, these are part of what is referred to as “Veterans Season.” This season usually begins in October with the GI Film Festival, then the Annual Women Veterans Luncheon, followed by events at local vet hotspots like the USS Midway Museum and The Veterans Museum at Balboa Park.

Each year, I gather with veterans from different eras and services to share our stories. This year, due to COVID-19, I was unable to gather with my fellow veterans. It impacted me and I can only imagine the impact it had on others like me.

Veterans Day this year came and went just like any other day. Logging in and out of my classes, no one said anything about it. I had time to reflect on what this month means to me, but also why it should be important to those who are not veterans.

I know most non-service members don’t know much about the U.S. conflicts in the Middle East, such as the Afghanistan war we have quietly waged for two decades. I deployed to Afghanistan three times and lived there for three and half years of my life. Many of my fellow veterans went to Afghanistan or Iraq just as many times or more.

Our current generation of service members and veterans have been asked to do more time at war than any other generation in our nation’s history. For many of us, our military career is, or was, a constant rotation of training to deploy, deploying, coming home to reset, train and go again.

I’m sure few Americans ask themselves what those thousands of service members do in that far away land. In the beginning, they told us we were cutting off terrorism at its root so we would not have another 9/11. We put our hearts into reforming Afghanistan and Iraq, trying to restructure its government and rebuild its infrastructure. We weren’t just eliminating terrorists, we were helping rebuild third world countries.

20 years, thousands of lives and billions of dollars later, many service members and vets are asking: Is that still what we are doing? Was the debt worth losing our buddies, body parts or health? Did we or will we ever really make a difference?

Those questions reverberate even louder in our quiet moments, much like the ones I experienced this Veterans Day. For many of us, the silence and blissful ignorance we encounter from fellow non-veteran Americans when we get home is a weight we now carry around. For some, that weight — coupled with the memories of buddies bleeding out in Blackhawks, losing arms or legs, the constant gunfire and explosions — becomes too much.

The Thursday before Thanksgiving, as I sat down to organize my thoughts and write this, a message flashed on my phone from an old war buddy.

I had not seen Tony in more than a decade. We both went to war for the first time with the Army 10th Mountain Division’s 3rd Brigade Combat Team — he was a fire support soldier, me a photojournalist. We both came home and found ourselves in a tight circle of war vets, dealing with what we experienced in our extended 16-month deployment with way too much liquor. We all spent every Friday and Saturday night together for months until we were disbanded as we got ready for our second combat tour. I had not seen him since.

On Nov. 18, just a week past Veterans Day, in the middle of Veterans Appreciation Month, Tony shot himself in the face in his camper parked at his mother’s house. Although I had not seen him aside from Facebook in years, a sudden wound opened and I cried on and off for two days.

Part of it was losing Tony. My memories of drunkenly shout-singing Arctic Monkeys with him or us dancing to “Cupid Shuffle” at a bar at 1 a.m. flashed through my mind, and my heart just hurt. But part of it was that weight — that weight we now carry — a weight that includes a staggering suicide statistic.

According to a 2018 study from Brown University on the loss of life in the Middle East after 9/11, close to 7,000 service members at that point were lost during service to their country in Iraq, Afghanistan or Pakistan since the terrorist attacks in New York. According to the Stop Soldier Suicide website, more than 114,000 veterans have died by suicide since then. It also states that veterans are 50% more likely to commit suicide than the average American citizen. Among my fellow advocates, we know these numbers are actually much larger.

When I think of what I appreciate in myself and my fellow veterans during November, it is that we voluntarily geared up time and time again to go to war, even though we knew the cost. We did it because we believed we were making the world a better place.

Within our units, we are surrounded by like-minded military men and women training hard to take on the same challenges. It is when we leave service and return to civilian life that we begin to truly feel the weight of America’s silence and ignorance on what we have been doing for our country and others for so long.

I am part of the 1% to serve my nation’s military. We are small, but still mighty. We are also suffering. As my friend, former Army Chaplain and military filmmaker Justin Roberts said, “We vets can’t do this alone. We have to come back home across a bridge of understanding offered by our fellow Americans.”

Next year, when Veterans Season rolls around, I hope to be back communing with my fellow veterans, enjoying their stories and camaraderie. But if not, I hope to be around people who seek to understand the weight I carry and the weight all our veterans carry in what they do for this great nation we call home.

Nonpartisan But Not Indifferent
A Very COVID-19 Thanksgiving