Summer’s almost here! Time to kick back, relax, work a part time job and lock yourself in a room and play some games. Summer is typically a drought for huge game releases, companies save their big games like Call of Duty for the holidays, so this is a perfect time to jump into the indie game market with Steam’s Summer Sale. Here are 5 games coming out this summer that I’d recommend adding to your wishlist.

Fallen Aces is an old school shooter, with a gorgeous, comic book art style reminiscent of a 1930’s Dick Tracy comic. The game features fast paced combat, along with a surprisingly meaty stealth system, to give the game a difficult edge. At first you’ll mostly be punching rival gangsters or smacking them with pipes, but soon you’ll progress to handguns, switchblades and, of course, Tommy guns. My only gripe is that the story is pretty lukewarm and forgettable, but that’s the norm for these sorts of shooters. As I’ve already played the demo, I can attest to it being a really fun game.

In keeping with the first person shooter theme (that I’ve gotten early access to), here comes a sequel to one of my favorite FPS games. You play as a sort of witch/ gunslinger hero named the Warlock, tasked with hunting down monsters and demons of all kinds. The weapons are all pretty typical as of right now, with expectations of more coming down the line. In addition, you have spells that are bound to certain keys, for things like dual-wielding, but the movement speed has been radically overhauled and now allows you to jump over enemy projectiles. Overall a pretty solid FPS right now, and one that’s a good entry point if one wants to get into indie games.

Dead Air gives off major Five Nights at Freddy’s vibes, with you playing the part of a security guard in a small desert facility. Something’s happening inside, and you must track enemy movements, help guide personnel outside and reroute power through the facility. It’s themed as a sort of horror/walking simulator, hopefully with a lot of depth in regards to the story department. The game seems laced with black comedy throughout, proving that it deserves at least a look at when it comes out.

2. Wizard With a Gun

Similar to Don’t Starve, Wizard with a Gun features a charming, cartoony art style, along with open world survival elements. The title is quite straightforward, you are a wizard who casts spells through guns, with a lot of different effects ranging from teleportation, to freezing enemies solid. It looks to be a fun game to play with friends, and if it’s anything like Don’t Starve you and all your friends can run it on a potato, so it’s quite accessible

Don’t be fooled by its ridiculous name, Charles is a terrifying game about being hunted by a spider/ train combo the size of a house. All you have to defend yourself with is a tiny train equipped with a weak machine gun trapped on a track, while Charles can basically go anywhere he wants as he stalks the surrounding landscape at night. You have to leave your train to forage for scrap metal and do missions to better upgrade your train’s speed, armor and weapons to have a chance at killing Charles. This is easily the weirdest game on the list, with a unique premise and a host of interesting game mechanics, so horror fans should definitely grab it as soon as they can. 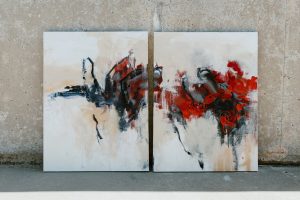 Top Gun: Maverick — A Soon to Be Soaring Success?
Orville Peck Can Save Country Music From Itself