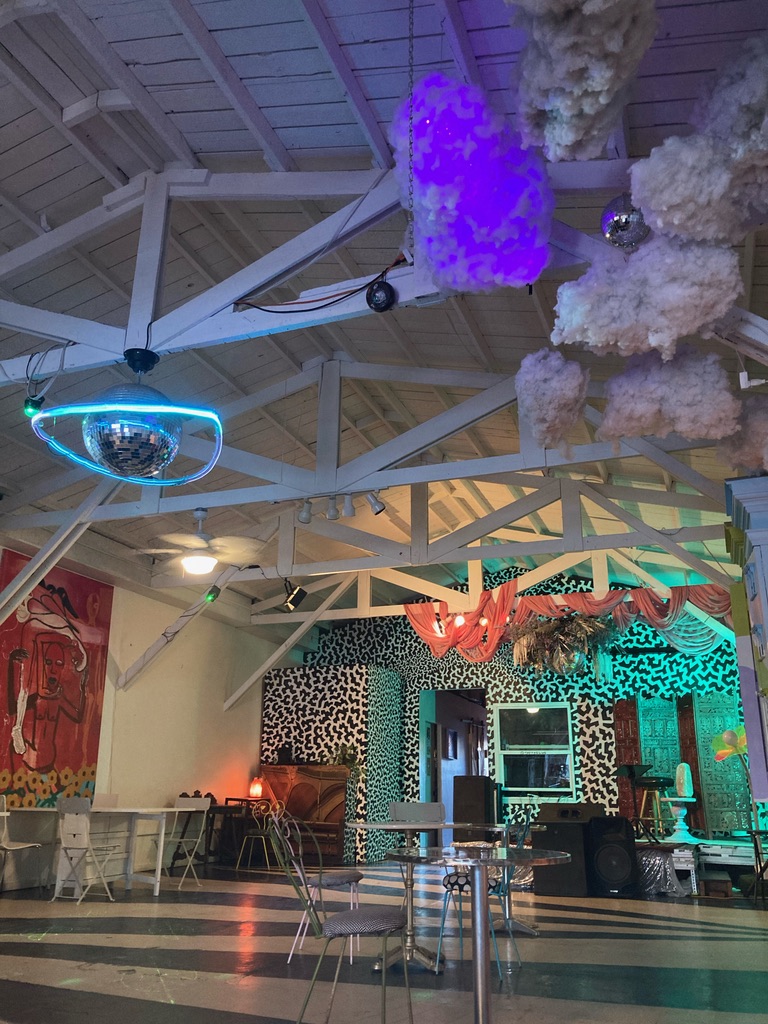 A colossal canine skeleton hangs from the ceiling, its jaws cracked open in a toothy grin. This is definitely not Starbucks. Above the espresso machines, a surrealist melting clock ticks an hour ahead. By the entrance, a woman delicately plucks a harp.

Welcome to The Template coffee house, home to any local university student who owns a pair of low cut Doc Martens and Diesel the pitbull. Diesel lounges on the velvet couch that looks like it could have been snagged at any of the four antique stores that line this sunny strip of Ocean Beach.

“He hates socializing with other dogs,” his owner tells me as Diesel nuzzles his snout into my palm. The back of her t-shirt reads: she/her, he/him, they/them, human/being. I lean down and whisper into his floppy ears “I feel the same way about people.” Diesel doesn’t get the joke, but she does. We share a laugh.

Last summer I gave a Washington native a tour of O.B. He was unphased by the lack of parking and the cardboard stands selling evil eye jewelry at every street corner. What surprised him most were the shop doors.

“Why are they all open?” he asked. “Don’t the entry ways get dirty?”

I cocked my head. “Dirty from what?”

I held back a laugh. “Honey, there’s no weather in San Diego”.

Due to San Diego’s eternal sunshine, Template’s door remains wide open from 9 a.m. to 6 p.m. The aroma of sea spray and weed wafts into the cafe, mingling with the sweet scent of salted maple lattes. On the weekends a host of locals wander in for their daily dose of caffeine. There’s a diverse set of customers: Gen Z’s searching for an aesthetic study space to post on their Instagram stories, an old man reading in one of the ornate high back chairs, silver half moon glasses slipping down his hooked nose. These open doors create a culture that screams “sit down and stay a while,” welcoming the local hipster and european tourist with equal enthusiasm.

A middle aged couple huddles over a zebra-patterned stool. They take turns sipping from the same steaming mug. Before leaving, the husband pulls out a brown leather jacket from his bag and attempts to give it to the barista as a tip: “Smells like cigarettes, man. Come on – take it.”

The wooden tables are cluttered with books, ranging from Nietzche to Shell Silverstein. In the corner, a student from Point Loma Nazarene University researches Yayoi Kusama – a japanese avant garde artist famous for her obsession with polka dots, pumpkins and phallic images. By the restroom hangs a gargantuan painting of a bald, bare breasted woman sitting in a field of yellow daisies. The whole space feels like an ode to pop culture. There’s even a miniature disco ball buried in the potted plant centerpiece.

Why? My best answer – why not? That seems to be the entire attitude of Template. Funky, free, fun. Their wifi password is: iforgotit.

San Diego’s no small town – it’s estimated metropolitan population is 3.3 million. However, creating a close knit community remains a vital value. In the far back, a stage is draped in silver sequin fabric. On the weekdays, this stage hosts essential worker support groups, improv shows and open mics. The Template website states their mission as “curating a  . . . space for artists, locals, explorers and the curious mind to come and unite.”

Tacked onto the wall is a poster of local Cynthia Lin Campbell. She’s celebrating her 50th birthday here tonight. Above Campbell’s smiling photograph her friend’s and family have written: “a half century later, still precious and beautiful.”

Yes, the coffee costs 7 dollars. Yes, every girl in here looks like she just left the set of FRIENDS. At first glance, The Template seems to be little more than another trendy and overpriced establishment. But after taking a few hours out of my day to sit down and watch the artists, locals and explorers that frequent The Template, I’ve noticed that this is a place of genuine human connection that seems to embody the best of what Southern California has to offer.

The piano begins around sunset. The room stills at the sound. Our heads turn to see a young man playing Chopin’s Nocturne Op. 9 on the chipped wooden spinet that sits at the cafe’s entrance. His paint splattered converse tap the floor, keeping time.

His partner sits by his side. Like the rest of us, she can’t take her eyes off him. Sunlight pours through the window, falling on her key lime green hair and his broad swaying shoulders. In that golden state glow, the two of them form a perfect tableau. When the song ends, she leans in and kisses his nose.

I’m reminded of the lyrics from The 5th Dimension’s classic rendition of  “California Soul:”  Like a sound you hear/ That lingers in your ear/ But you can’t forget/ From sundown to sunset/ It’s all in the air/You hear it everywhere/ No matter what you do/ It’s gonna get a hold on you / California soul, California soul. 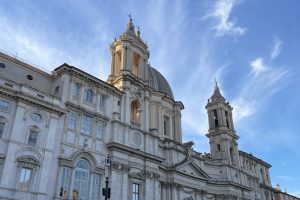