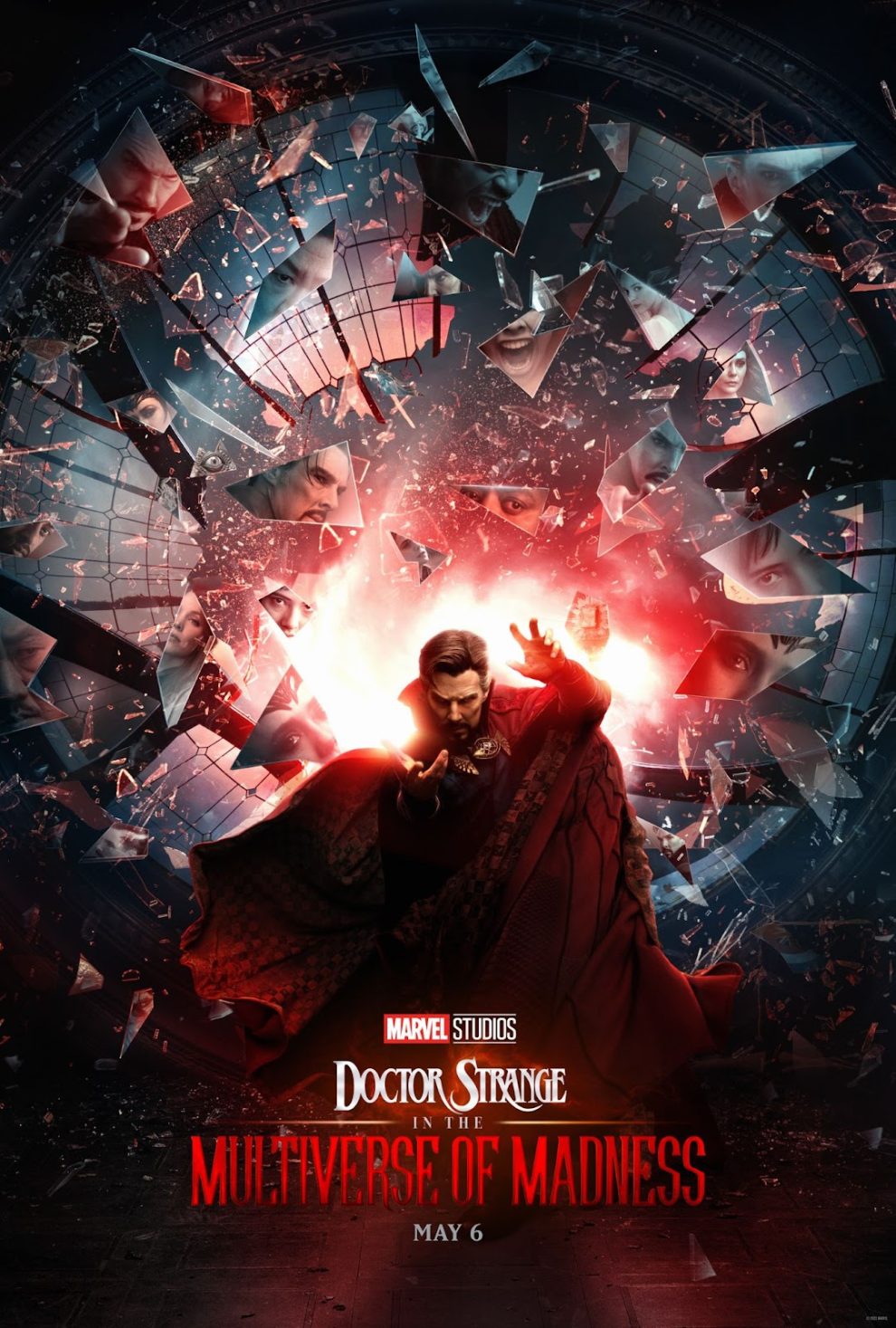 Marvel Studios released the first official trailer for the upcoming film “Doctor Strange in the Multiverse of Madness” right before the Super Bowl on Feb. 13. The trailer contained scenes from the movie that have had Marvel fans buzzing and theorizing.

“It was one of the best trailers Marvel has released to date,” said second-year Point Loma Nazarene University nursing major and life-long Marvel fan, Kyler Kroll.

The trailer featured returning characters, new faces, new versions of returning characters, and mystery figures dealing with the chaos of the multiverse. Benedict Cumberbatch and Elizabeth Olsen reprised their roles of Doctor Strange and Wanda Maximoff/Scarlet Witch respectively, and newcomer Xochitl Gomez portrays America Chavez, a Marvel hero who is appearing on screen for the first time.

Marvel Studios’ most recent film, “Spider-Man: No Way Home,” was the first MCU film to be centered on the concept of the multiverse by bringing in variants of Spider-Man from outside of the MCU.

With Disney’s recent acquisition of rival studio, 21st Century Fox, fans suspect that the multiverse has the potential to expand to include more non-MCU Marvel projects that were created in association with the production company, such as the “X-Men” and “Fantastic Four” franchises.

The new trailer for “Doctor Strange in the Multiverse of Madness” suggests the confirmation of these suspicions by including the voice of Patrick Stewart who portrayed Professor X in the “X-Men” films. This has fans theorizing about what other X-Men could appear in the film. The trailer also included a scene of a silhouette of a character that fans are speculating to be Reed Richards, a main character in the “Fantastic Four” films.

Now that Marvel has introduced the multiverse, the possibilities for cameos and variants are essentially endless. In addition to the potential cameos of X-Men and members of the Fantastic Four, the trailer also hints at variants of MCU characters.

There is a scene in the trailer that features a glowing individual fighting against Wanda Maximoff that had fans in a frenzy over the character’s identity. Some think it is a variant of Captain Marvel, while others believe it to be a variant of Iron Man, called Superior Iron Man, who can be found in certain Marvel comics.

“I am hoping to see Superior Iron Man because I have not seen the character before and want to see how he will impact the MCU,” said second-year marketing and organizational communication major Jordan Roby.

With the evil twist Marvel is placing on Wanda in the film, fans suspect her to be one of the main antagonists of the film as she explores her identity as the Scarlet Witch.

“I love the idea of Wanda as a villainous figure. It gets me excited for the future of the MCU as this character change sets up the potential for stories such as ‘House of M,’” Kroll said.

“House of M” is a comic book storyline where Wanda Maximoff/Scarlet Witch utters her famous quote, “No more mutants,” which strips almost all of the mutants of their powers, including many of the X-Men.

The darkness that the MCU wants to explore requires a different kind of artistic lens. Horror film directors were sought, with Sam Raimi taking the job to direct “Doctor Strange in the Multiverse of Madness.” He has experience in both superhero and horror film directing, and he is known for quick zoom-in shots which can already be seen in the trailer.

“Sam Raimi is the reason I’m most interested in the new ‘Doctor Strange,’” said PLNU professor of film studies and Marvel fan James Wicks in an email interview with The Point.

The trailer gave viewers a sample of the new style and content of what is to come in the MCU. The new layers of the MCU could help it to reach people that the franchise has never appealed to before.

“I encourage anyone who is even the slightest bit interested to go watch this movie,” said Kroll. “Whatever happens in this movie is going to be madness.”