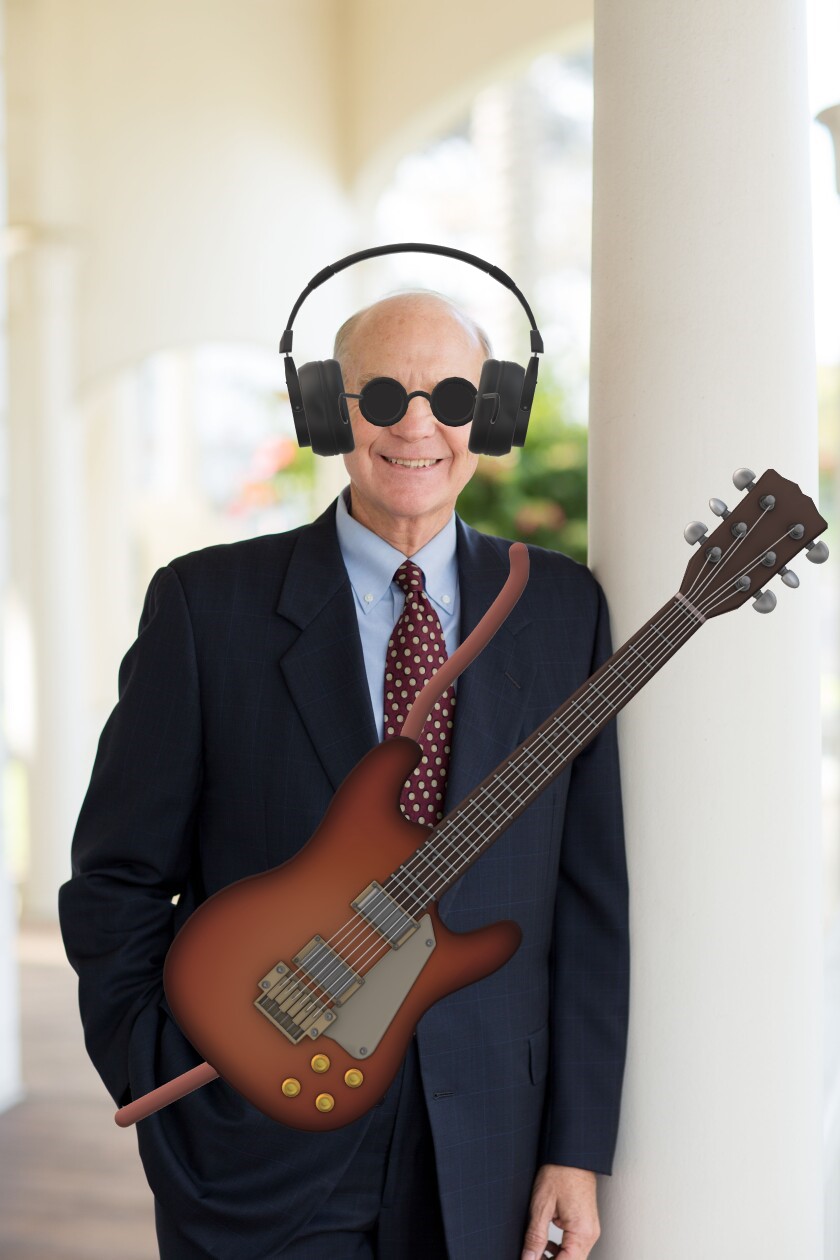 When he isn’t walking around campus saluting students or neck deep in meetings with board members and administrators, Point Loma Nazarene University President, Bob Brower, dreams of traveling the world. Outside of his passion for PLNU and until his plans were halted by the COVID-19 pandemic, Brower was at his happiest admiring the cultural history of Spain or the regional traditions of Ireland.

Forced to remain content with pondering the globe that rests upon his desk, Brower, like many of us, turns to music to relive his globe-trotting reveries. While not an avid follower of whoever is at the top of the charts, or an expert in the underground industrial scene, Brower relies on the charms of international music to let his mind escape.

Raised on classic rock staples like The Beatles and The Beach Boys, Brower learned to enjoy live music when he lived in Nashville throughout his undergrad experience. Since then, he has embraced the art of music by engaging with the cultures of whatever cities he travels to, whether it be through the Southern Gospel, Irish Folk guitar or Classical composers on the radio.

Here are five songs recommended by President Brower to toss on to your playlist; whether it carries you on a journey through your mind or reminds you of home in this travel restricted era.

“Fire and Rain,” one of Taylor’s most famous songs off his most famous album, “Sweet Baby James,” is a melancholic letter to God, lamenting the struggles of personal loss, addiction and recovery. The song dwells in misery; Taylor cries for deliverance among his suffering yet the song never resolves whether or not he receives it. Tragic and true, Taylor’s nuanced lyricism is at his best in “Fire and Rain.”

Following the release of “Fire and Rain,” Taylor’s longtime friend and fellow artist, Carole King, wrote a response to Taylor with the song, “You’ve Got a Friend.” Inspired by the final line of the chorus in “Fire and Rain,” “I’ve seen lonely times when I could not find a friend/ But I always thought that I’d see you again,” King yearned to be there for her friend and wrote a hit song to prove it. Performed by King on her album “Tapestry,” Taylor came along to record the backing vocals for the song.

Off of The Beatles’ last album, the eponymous “Let It Be” became one of the band’s most memorable songs. Plagued by creative differences and tension among the members of the band that eventually led to the dissolution of the group, The Beatles were able to pull together “Let It Be” and release it a month after their break-up. The song “Let It Be” received mixed reviews upon release by both critics and John Lennon himself. Regardless, the song has remained a Beatles standard and the subject of a recent Disney+ documentary, “The Beatles: Get Back.”

Chicago – Saturday in the Park

I’m under the impression that the band Chicago is currently underrated. The band thrives at writing “feel good” songs that, while not always lyrically substantial, capture a euphoric feeling of bliss and contentment. “Saturday in the Park” is a great example of that feeling. With some of their most quotable lyrics, “Saturday in the Park” paints a picture of Central Park in 1972 that presents a slice of life with vision-like details that teleport the listener right into a sunny Fourth of July celebration. Thinking about it now I can almost hear a man selling ice cream, singing Italian songs….

IZ – In This Life

Serene and sorrowful, Hawaiian singer Israel “IZ” Kamakawiwo’ole tied together conventions of Hawaiian musical culture with qualities of soft-rock, and adult contemporary music. He received international acclaim for his ukulele-laced rendition of “Somewhere over the Rainbow/ What a Wonderful World.” IZ boasted a powerful voice and passionate lyricism soaked in his faith and Hawaiian heritage. “In This Life” demonstrates that most clearly in his imaginative and God-loving song writing, “For every mountain I have climbed/ Every raging river crossed/ You were the treasure that I longed to find/ Without your love I would be lost.”