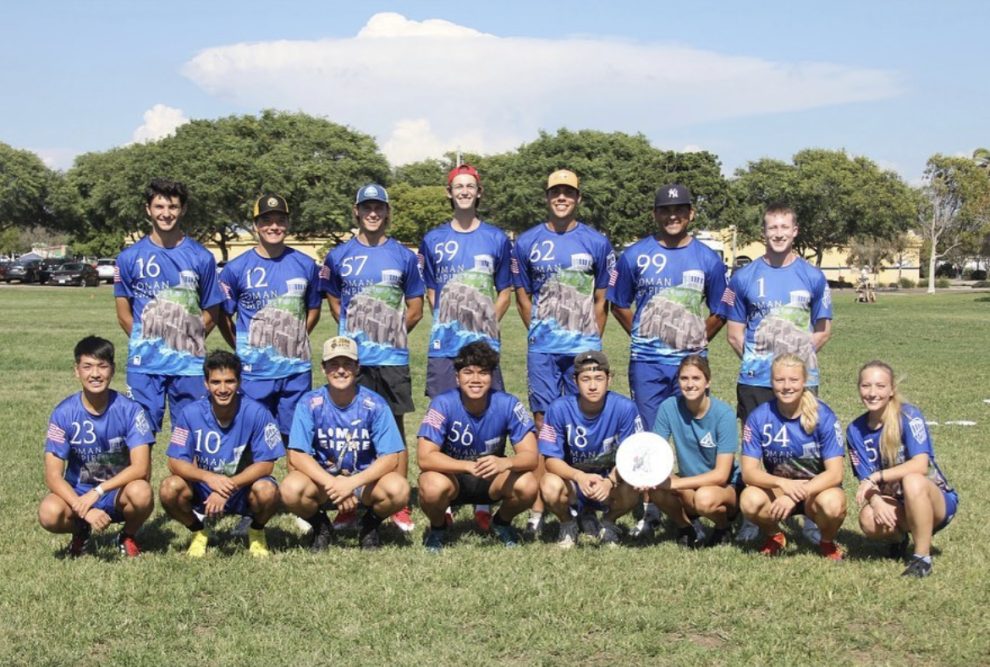 Hanging up the cleats after high school is one of the most difficult things for a student-athlete to do. Many people lose their identity when they lose their ability to play a sport they have grown up participating in. Club teams have become increasingly popular on college campuses because they provide students with the opportunity to dust off the cleats and get back to playing the sports they love.

The Loman Empire, Point Loma Nazarene University’s club ultimate frisbee team, is one of campus’ more established club teams. Despite the fact that ultimate frisbee isn’t a typical sport someone would play in high school, the club team allows former and new athletes to get into action.

Walking down Caf Lane during Club Rush Week, it’s no secret that PLNU’s students create clubs that heavily focus on arts, sciences and politics. Not to say that these interests are necessarily a bad thing, but club sports teams have become a major part of universities around the country, and this is something that PLNU working to catch on to.

Fourth-year finance major Smith Briggs said that the Loman Empire’s culture is, “centered on the ‘spirit of the game’ which ultimately means everyone should be having fun.” He didn’t disregard the competitive aspect of ultimate frisbee, but emphasized the importance of connecting with others through the sport.

The ultimate frisbee club program has found the balance that allows the athletes to compete, while also ensuring everyone is enjoying themselves. This culture set by the Loman Empire and team captain Andrew Kamemoto has opened the door for students of all backgrounds to join the team.

The fourth-year biology-chemistry major said, “Although it’s a new sport, our beginners are quick learners, and have been picking up how to throw, what the rules are and the flow of the game.”

The team is open to newcomers and teaches them the up-and-coming sport. Aidan Ruiz, a third-year business administration major, acknowledged their growing, diverse group.

“You get a couple of players who played in youth groups or with their cross-country teams, but the majority of the players that join have never played competitively,” said Ruiz.

The Loman Empire is constantly growing, and can’t do so without students willing to join and learn.

“As a captain, I think the most rewarding thing for me is watching the development of our younger players,” said Kamemoto.

Schools countrywide feature club teams of many sports, including major sports, like baseball and soccer. PLNU is just now hopping on this trend, and the Loman Empire has become the trailblazer for the school’s club sports program. The Loman Empire’s growth has facilitated the creation of other club teams, like rugby and volleyball.

The goal of the Loman Empire, to create relationships through frisbee in a semi-competitive format, doesn’t just stop there. The team is here to win.

Briggs, Kamemoto and Ruiz  explained how the team is a part of an eight-team league called the Legacy Ultimate League that plays at Liberty Station. Not only do they compete in the Legacy League, but the Loman Empire also goes up against other colleges across greater Southern California.

When it comes to the competitive aspect of the team and making a name for themselves, Briggs said, “There are many levels of skill and competition in ultimate and we expect our new program to quickly climb that ladder.”

By remaining competitive, the Loman Empire can “compete in a college league where our team will regularly travel to play other schools in the SoCal area in the USAU College leagues,” said Briggs.

Being invited to play in the USAU league would allow the Loman Empire to participate in competitions like regionals and nationals. Club teams open up opportunities for athletes to compete in leagues, like the USAU, and get a taste of competition that some haven’t had since high school.

With fall and spring seasons, the club ultimate frisbee team said they’re looking for ways to expand and improve. Their growing popularity not only benefits the team, but promotes what club teams are all about to PLNU. The Loman Empire has created a space for students to lace up the cleats and rediscover their competitive spirit, while also forming new relationships through an even newer sport.