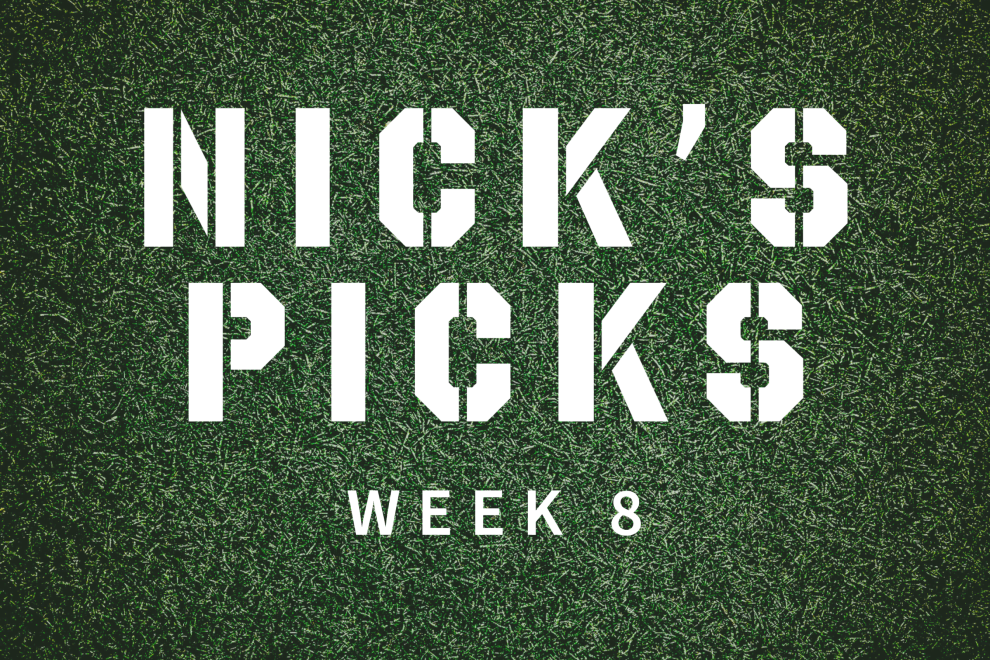 Week 7 will probably go down as one of the tougher weeks of the fantasy season. There were plenty of talented teams with even more talented players on a bye, and this led to low scoring appearances from fantasy teams. It was even reported that the NFL has seen a significant drop in scoring, and this has been the worst year of scoring since 2006. This directly correlates to fantasy football, so if it feels like your team is underachieving, those concerns are valid. Week 8 should be less of a challenge compared to Week 7, with only two teams being out on a bye. The Chiefs and Chargers are the duo sitting out in Week 8, so let’s find you some replacements for players like Patrick Mahomes, Austin Ekeler, and Travis Kelce.

When I picked Taylor Heinicke (14.44 points) to be a sleeper in Week 7, I expected him to have a solid game, but not to actually come out with a win in his first start of the season. Heinicke and the Commanders upset the Packers in a stunning win, and Heinicke was relatively productive. A 14-point performance in his first start of the year isn’t anything to frown upon, but there is definitely room for improvement. I thought Heinicke would have been more active on the ground, but he only rushed twice for four yards. Look for Heinicke to continue to grow at quarterback as he settles back into the starting role in Washington. Daniel Jones (28.78 points) looked more like a running back than a quarterback in Week 7’s game against Jacksonville. Jones took full advantage of the Jaguars’ weak defense and he ran all over them for 107 yards. He was also very efficient when throwing the ball, and it was a well-rounded game for the young quarterback. The Giants are hot, and their quarterback is hotter, so continue to ride this win streak in New York that has no end in sight.

Bailey Zappe (vs. Jets): When Mac Jones was sidelined for three weeks with an injury, Zappe was called upon to lead the Patriots’ offense. He did not disappoint, and even led the team to two wins with solid fantasy appearances as a bonus. Jones returned in Week 7, but Zappe was brought back early in the game after Jones couldn’t get anything going. The Patriots are beginning to trust Zappe more, and he is a possible option at quarterback if New England continues to favor him over Jones.

P.J. Walker (vs. Falcons): The Panthers have had little success in the quarterback department this year. Their new addition, Baker Mayfield, has been worthless under center and Sam Darnold has been injured since preseason. When Mayfield couldn’t suit up in Week 7, Carolina had no other choice but to start third string quarterback Walker and he took full advantage of his chance to play. He played far better than Mayfield has all year, and now has a firm grasp on the quarterback role in Carolina for the time being. He’s got some favorable matchups coming up and could be a possible option if your quarterback is out on a bye this week.

It was disappointing to see Antonio Gibson outperform Brian Robinson (10.6 points) after the Commanders named him the lead running back over Gibson. The only reason I listed Robinson as a “sleeper” for Week 7 was because I expected he would have the scoring opportunities that Gibson received instead. It may have been a fluke and Gibson happened to be at the right place at the right time. Still though, it may hurt Robinson’s fantasy value if Gibson is still a reliable scoring option for Washington. After receiving a chance to play the bulk of the game because other players got hurt, Mike Boone (2.3 points) was the next Denver running back to get injured. It was early in the game and prevented Boone from getting the chance to score before leaving the game. It’s unfortunate to see, considering there were no other players stopping him from seeing tons of playing time, and we won’t get to find out if he could have been a breakout star.

Gus Edwards (vs. Buccaneers): Edwards has always had to split time with another running back during his time in Baltimore. It also doesn’t help that Baltimore’s quarterback, the speedy Lamar Jackson, is occasionally a better running option than the actual running backs the Ravens have. Under these circumstances, Edwards hasn’t had a chance to shine, but in Week 7 he was the only healthy running back and went off for 18.6 points. He’s going to be the only option again in Week 8, and there’s a good chance he has another high scoring game.

D’Onta Foreman (vs. Falcons): The blockbuster trade that sent star running back Christian McCaffrey from Carolina to San Francisco opened the door for other running backs in Carolina. One of those guys was Foreman, who put up 16.5 points in his first game, not competing with McCaffrey for touches. Foreman wasn’t a “sleeper” last week because it was reported he had to share touches with one other player, but that player went down with an ankle injury. As of now, the starting running back spot is Foreman’s to lose and he is available in 65% of ESPN fantasy leagues. Go pick him up in hopes that he will continue to perform well in his expanded role.

The wide receivers I had as “sleepers” in Week 7 took their label literally and went to sleep last week. The two combined for 6.7 total points, and their performances rank them as some of the worst “sleepers” I’ve picked this season. Michael Gallup (0 points) put up a big, fat zero in what I expected to be his breakout performance of the year. This awful game may have been because Dallas’ quarterback was returning from an injury and was clearly not back to 100%. I thought the return of star quarterback Dak Prescott would mean Gallup would be at the receiving end of numerous passes. Prescott looked rusty though, and Gallup was only targeted twice but couldn’t reel in either pass. Alec Pierce (6.7 points) didn’t do much better than Gallup but was able to catch three passes at the very least. The Colts struggled as a team in Tennessee, and Pierce’s fantasy performance was another reflection of those struggles.

Kalif Raymond (vs. Dolphins): This pickup will really only work if Detroit’s main wide receiver Amon-Ra St. Brown is still out with a concussion in Week 8. If St. Brown returns, he’s going to catch the bulk of the passes, like always. However, when St. Brown was forced to exit the game with a concussion, Raymond became the next guy up. He was targeted six times and caught five of those passes. He had five catches back in Week 5, so he’s starting to show he can be a reliable option on offense. Raymond is the true meaning of a “sleeper” as he is available in 99.7% of fantasy leagues. Literally nobody knows about him, but one more solid game for Raymond could change that.

Austin Hooper (vs. Texans): This week I’m doing something a little different with the wide receiver “sleepers.” Kalif Raymond will be the only wide receiver “sleeper,” to make space for a tight end “sleeper.” The Chiefs are on a bye this week, and that means the best tight end in the league—Travis Kelce—will be out. There are plenty of fantasy managers out there looking for a tight end to fill in for Kelce this week, so I picked Austin Hooper to be that guy. Hooper just had his best game of the year and the Titans have an easy matchup against Houston this upcoming week. The Titans may look to Hooper in this game, especially if the defense doesn’t put up much of a fight. Without Kelce, a lot of managers are going to be desperate for a replacement and I am confident that Hooper can be your guy.

The toughest battle of Week 8 will be for the managers trying to replace Kelce. His production is often equivalent to the scoring of two players. Hopefully Hooper or another under the radar tight end can fill Kelce’s spot. Other than that, the other “sleepers” this week are decent options but there will be better players to choose from on weeks when there are more teams on a bye. Keep paying attention to the waivers, and even if this week is a down week, maybe in the near future you can have a more productive week on the waivers.