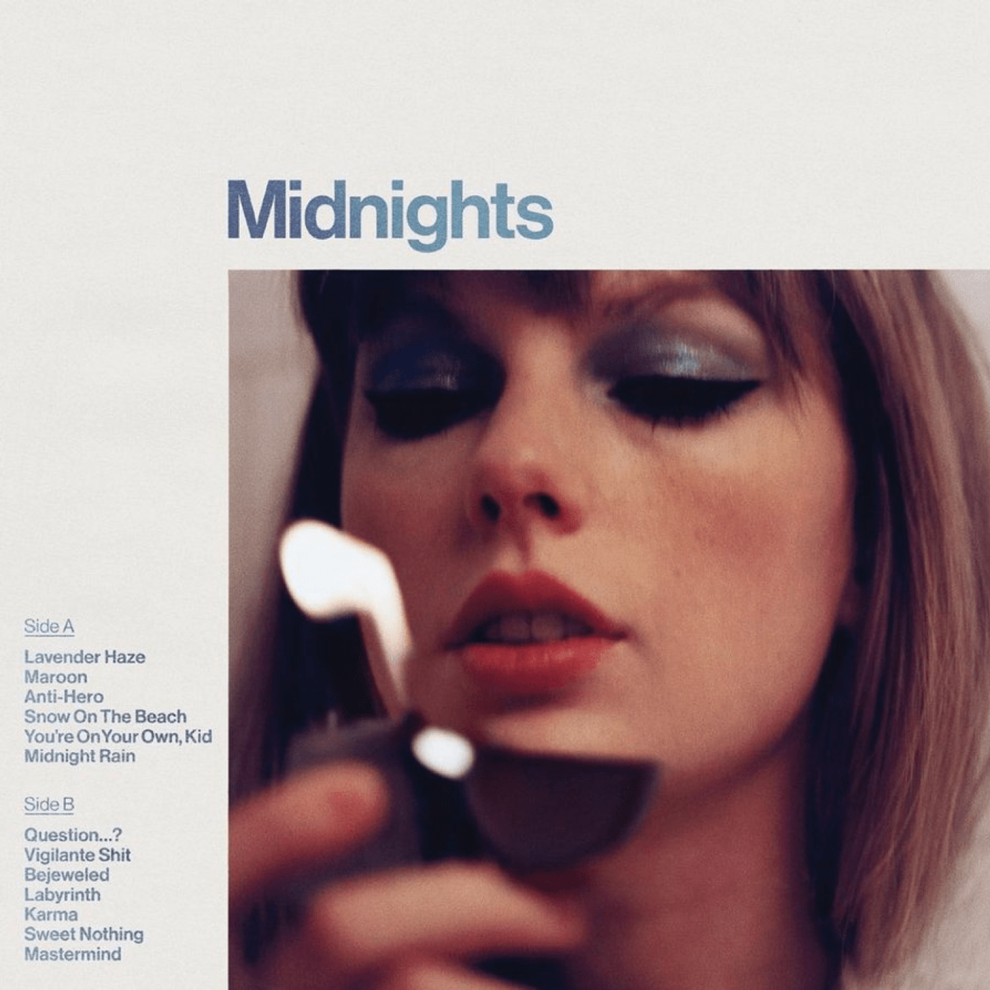 Taylor Swift’s 10th album “Midnights” is a full departure from the sad girl indie-inspired records Swift has released over the past few years. If “Folklore” (2020) and “Evermore” (2020) were recorded in the woods of upstate New York, “Midnights” was recorded in the middle of a disco. It’s sparkly, witty, and most importantly, it’s an album that says it’s time to have fun again.

The album was co-written by Swift and Jack Antonoff. Antonoff and Taylor have collaborated on lyrics and production since Swift first entered the pop space in 2014 with the release of “1989.” “Midnights” is a return to dark pop and energetic beats reminiscent of 2017’s “reputation” album. As the name of Taylor’s newest pop album “Midnights” suggests, Swift unpacks all her late night thoughts and fears, from the most irrational to the most sincere.

A few of the songs on the album refer to pivotal life moments for Swift from a diary entry perspective. While previous albums like “Folklore” provided Swift with an opportunity to explore writing about narratives not directly tied to her personal life, Midnights,” makes it clear that writing about herself is something Taylor does best; Like on track four titled, “You’re On Your Own Kid,” where Swift writes about some of her darkest celebrity experiences,  “I hosted parties and starved my body.”  On “Midnight Rain,” Swift further explores her decision to pursue fame, singing with a vocal effect “He wanted a bride/ I was making my own name/ chasing that fame”.

Taylor’s songwriting ranges on this album, from meaningful to outright ridiculous. “Karma is a cat purring in my lap cause it loves me” Swift sings on “Karma”. But Swift is a multi-faceted songwriter; she knows it and owns it. Some of her one-liners are so simple you can’t help but wonder how it’s never been done before. One example of this is in the song “Anti Hero ” when Swift sings “Hi, it’s me, I’m the problem it’s me” And it works. The balance between meaningful and fun songs in Taylor’s career has been seen since early hits like “We Are Never Ever Getting Back Together” on the same album that holds the fan favorite “All Too Well” on her 2012 album “Red”. Both songs are award-winning for different reasons, and Taylor explores this balance of fun and weighty tracks on “Midnights”.

Swift brought on fellow singer-songwriter Lana Del Rey on a song called “Snow On The Beach.” Prior to the album’s release, the song was described by Swift as being about “falling in love with someone at the same time as they’re falling in love with you, sort of in this sort of cataclysmic, fated moment where you realize someone feels exactly the same way that you feel.” From the airy vocal harmonies to the lyricism,  “Are we falling like snow at the beach? Weird but f****** beautiful,”  this is clearly a Lana Del Rey inspired track.

The standard edition of the album consists of 13 tracks. However, shortly after its release Swift announced the “3am” edition of the album, which includes seven additional tracks that didn’t make the original cut. She’s at a point in her career when she can put some of her best work on the back half of seven bonus tracks. Taylor may have buried track 19, titled “Would’ve, Could’ve, Should’ve” it seems as if she has said just about everything she’s ever wanted regarding an emotionally scarring relationship from her past. “Living for the thrill of hitting you where it hurts / Give me back my girlhood, it was mine first” Swift cries, her youthful vocals making her sound much like her 19 year old self. Maybe the middle of the night is a good time to heal your inner child.

Swift closes out the album with a track called “Dear Reader”, in which she urges her fans not to idolize her. “You should find another guiding light, guiding light / But I shine so bright.”

Taylor has proven time and time again that songwriting is in her blood and she just can’t stop. As her sound continues to evolve, who knows what direction she will head next. For now, let’s take a moment to soak up the midnight rain.

The Jason Hanna Quintet Pays Tribute to Chet Baker
“It’s Only Me,” A Good, Not Great, Album From Lil Baby