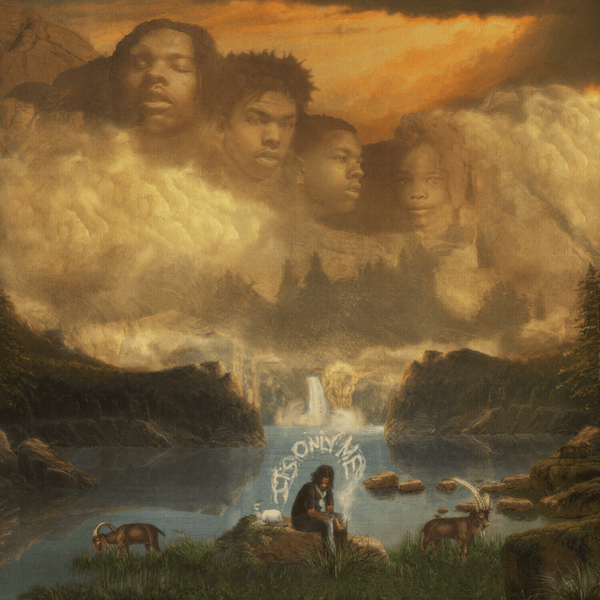 Since 2017, the hip hop world has watched Atlanta rapper Lil Baby go from a developing trap artist to one of the most popular names in hip hop. His aggressive rap style and lyrical superiority garnered him the attention needed to rise up the Billboards ratings. Projects like his 2018 album “Harder Than Ever,” and his collaboration mixtape with Gunna, “Drip Harder,” helped put the young rapper on the map.

“My Turn” was Baby’s breakout project, and the title of the 2020 album was something Baby wanted fans to take literally. After years of riding on the coattails of fellow Atlanta rappers like Migos and Young Thug, it was Baby’s turn to sit at the top of the rap game alone.

Now four times platinum, the success of “My Turn” has solidified Baby as one of the most prominent figures in Atlanta rap, and arguably all of hip hop. His most recent studio album, “It’s Only Me,” suggests Baby has officially climbed to the top of the hip hop ladder and kicked it out from under himself.

His flow on “It’s Only Me” is trademark Baby, the lyrics are trademark Baby, and so are the classic Tay Keith and Wheezy beats he raps on. If it ain’t broke don’t fix it; therefore, Baby relies on his signature style throughout the 23 song album. An hour and five minutes of familiar sounding songs is risky, but Baby’s consistency allows him to pull it off.

“It’s Only Me,” the longest album of Baby’s discography, starts out fast and passionate. A slowed down sample of Sade’s “The Big Unknown,” gives Baby’s opening track a soulful feel. However, “Real Spill” switches up as Sade’s voice fades away and Baby’s raspy tone takes over accompanied by trap drums bursting with life.

The meaning behind the title, “It’s Only Me,” is revealed by Baby within the first couple of bars. To kick off “Real Spill” Baby raps, “Nowadays ain’t no time for me to kick it, business too intensive / They gon’ say that I been actin’ different, I’m beyon’ they mental.”

Baby loves to remind fans he’s a man among boys in the rap game. “Real Spill” is the perfect introduction into an album that remains fast paced throughout. The heavy base and trap beat is loud and disrespectful: an ideal beat to prepare listeners for Baby’s first feature, Nardo Wick, on the following track, “Pop Out.”

The flow switch on “Pop Out” is what makes the song so memorable, with the transition from Baby to Nardo Wick feeling like an alley-oop from Kobe to Shaq. The quick-spitting duo murder an even faster beat to keep the ball rolling early on in the album.

From here, “It’s Only Me” becomes difficult to analyze; it’s clear Baby feels comfortable with where he’s at in the rap pecking order, and his complacency on the songs following “Pop Out” prove this. But does Baby seem overly comfortable throughout the album? It’s possible. I’d argue he’s earned the right to sit back and relax. Baby’s a lyrical genius with one of the most unique voices in rap that won him BET’s artist of the year award in both hip hop and all of music, so it’s no surprise he was able to take over the rap game in such little time.  If I were him I’d enjoy my view at the top too, instead of trying to release something out of the ordinary and risk losing his superstar status.

“California Breeze” and “Waterfall Flow” are not so much songs as they are just Baby’s reflections. The lyrics reveal how Baby feels that he’s made it, and he has nothing left to prove to his fans. This type of approach to music hasn’t worked for many. We’ve seen rappers like DaBaby and Polo G, who boasted on their songs about how they would never have to change their flow. Those guys now sit in the nosebleeds and watch Baby shine from a distance.

With that being said, there wasn’t much after “California Breeze” that screamed “song of the year nominee” or “I’ll hear about this song on the BET Awards.” A majority of the songs still found a spot on my playlist, and a solid amount of the project is on Spotify’s top charts.

Baby takes on most of the album by himself, with features feeling more like a second thought than a priority to Baby. It allows him to show off what he’s been doing so well for a while.

Jeremih’s feature on “Stop Playin” was another one of the guest appearances that stood out. The R&B singer’s angelic voice was a nice break after a run of trap songs that you’d only find in the gym or a club in the heart of Atlanta.

Everyone loves the underdog until the underdog gets a little too good. Baby is experiencing this first hand. “It’s Only Me” has received mixed reviews mainly because some critics wanted to see a revamped version of the artist, but his raspy voice sounds best when he’s rapping fast and on a beat that can keep up with him.

Dominant figures are allowed to rely on their signature style to keep them seated on the throne of their respective fields. Lebron James has manhandled the NBA for 19 seasons by resorting to the same basketball moves, and Baby is dominating the rap game with his same, consistent flow. Once again, if it ain’t broke don’t fix it.

Sure, “It’s Only Me” may not be different from the rest, but you can’t fault Baby. His music turns heads, and the 23 songs on this project will have the same effect. Eventually Baby may have to change up his vibe, but I don’t think that time has come yet. Baby’s enjoying himself and the success that comes from his style, so let’s sit back and appreciate the young star’s greatness rather than demand something different from him.