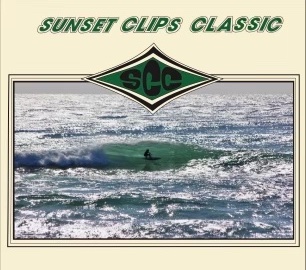 The Sunset Clips Classic is a surf film competition where teams of two to three Point Loma Nazarene University students make 60-90 second videos to compete for prizes. The footage must be taken within the contest period from Oct. 1 through Dec. 1. The clips must be from breaks at Sunset Cliffs to Ocean Beach. The videos will premiere at Crill Performance Hall on Dec. 7.

This is the second time the Sunset Clips Classic has taken place and changes have been made according to PLNU Director of student activities and fourth-year international development major Brennan Ziegler.

Some notable changes include increasing the length of the contest from six weeks to two months, and the video duration from 60 seconds to 90 seconds and altering the film premiere. The premiere will now be shown in a movie format at Crill Performance Hall with all of the videos compiled together. It was formerly held at Wasson Terrace.

Second-year business marketing major Cam Winkelman was a part of last year’s winning team and also expressed the need for change, especially when it came to video length.

“Last year we were only allowed one minute,” Winkelman said. “We wanted to be able to do cool things with our videos like adding B-roll.”

“It’s pretty short. I wanted it to be much longer,” Kramer said.

This year,  the contest is being sponsored by PLNU’s Associated Student Body (ASB), giving the event a larger budget. This allows Sunset Clips Classic to have more categories and prizes.

Last year, Ziegler was also in charge of the contest, and pulled it together with a couple of friends.

“Everything comes out more officially. We have access to our marketing team and it’s not just friends of Brennan doing favors for Brennan,” Ziegler said.

ASB has also been trying to get brands involved.

Kramer expressed how the contest is introducing people to surfers that they have not heard of.

“I think it’s an awesome way to find surfers you may not see everyday in their best light. I think it’s a great way of highlighting Point Loma’s best surfers especially at local breaks,” Kramer said.

Ziegler said that they will have several promotions throughout the semester to bring more attention to the contest.

To find more information on the Sunset Clips Classic or if you would like to create a team, visit their website at https://www.plnuasb.com/sunset-clips-classic

Culture, Community and Coffee
A Recap of Fashion Month 2022