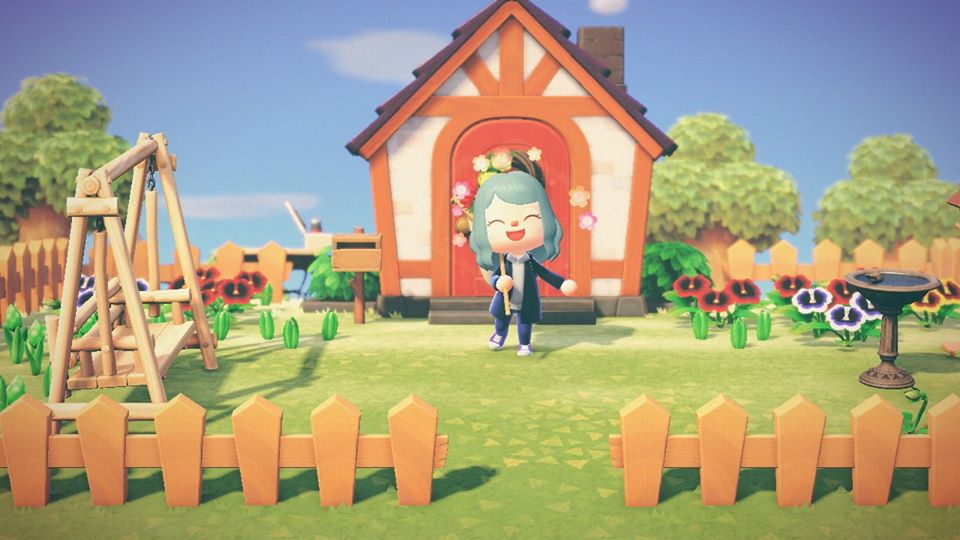 This week, I’ve been chatting with neighbors, going on shopping sprees and taking trips on planes, all without breaking the rules of social distancing. That’s because I’m doing all of this in the lovely world of “Animal Crossing: New Horizons.” It’s getting me through cabin fever.

I’ve been playing “Animal Crossing” since the original Gamecube version, and this entry in the series is without a doubt the best yet. By adding a crafting system and allowing you to decorate the entire island, the game is freer than any of the games before it. I took great delight in piling up bug and fish tanks outside the museum while I waited for it to officially open.

Mechanics wise, the core of the game is largely unchanged. Fishing is the same timing-based game; waiting for the fish to take a bite. You still have to worry about coming across wasp’s nests when you’re shaking trees. Tom Nook is still there, drowning you in more and more debt like the capitalistic Scrooge McDuck-wannabe he is.

My one complaint is how quickly you go through tools, at least in the early stages of the game I’m currently in. Even with the first tool upgrade, my fishing rod has a pretty short life and having to spend the time gathering resources and making new ones is a bit of a pain.

“Animal Crossing” is a perfect example of a non-gamer’s video game; though people have been gaming their whole life can love it just as much. There are little stakes in this world. You just hang with animal pals, decorate your home, curate a museum collection and generally live a pretty chill life. There is never a game over. You can’t fail or lose.

The game eases you into things and doesn’t rely on you playing previous entries in the series to understand things. You start on your first day just learning how to make tools and taming the wilderness of your island. After a few weeks, you’re able to build a bustling town and terraform the land to your liking. The game runs in real time, so you can’t really grind to make a lot of progress in one day. If you’re upgrading your home, you’ll have to wait until morning to see the fruits of your labor.

This makes Animal Crossing the perfect game to pick up for a few minutes a day. It doesn’t require dozens of hours like many other games, but instead allows you to put in as much time as you feel. This is the kind of game you can keep playing for weeks, months or even years.

If you’re looking for something zen to pass the time while you’re riding everything out, this is the perfect game for Switch owners. Things here in the real world are zen, but in “Animal Crossing,” the worst you have to worry about is a money-hungry raccoon.

Not Me, Us
Tom Brady: An American Hero