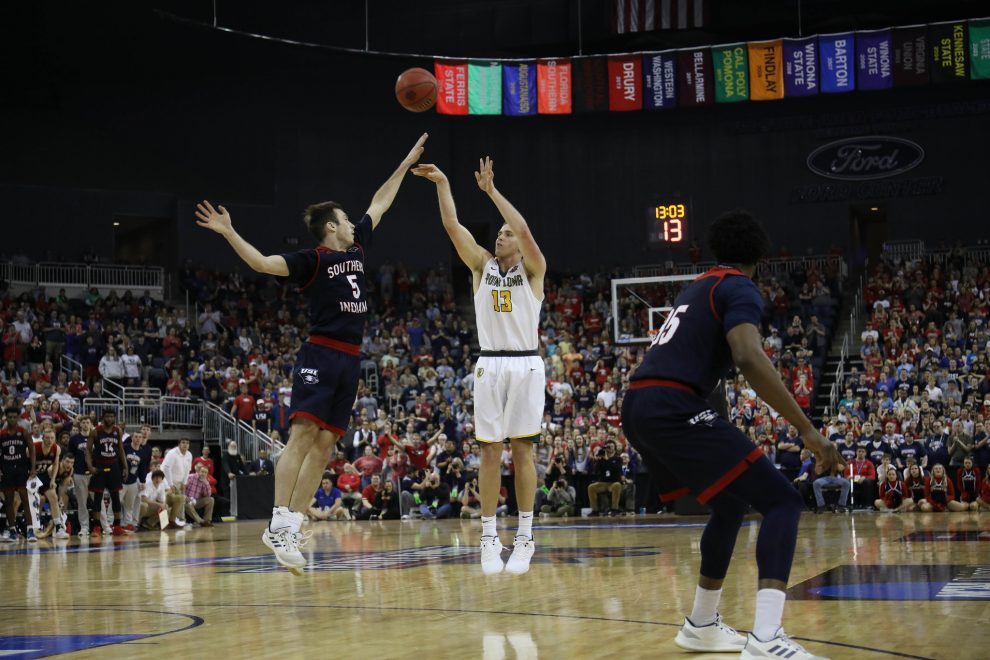 “Hard work creates luck.” According to Sterling Somers, this is just one of the many quotes that push him to dig deeper than the seasons before. In an interview with The Point, Somers opened up about his basketball career at PLNU, his current standing as the only senior on the team and how tapping into his inner fire has guided him through his culminating season.

The Point: How do you think the team has progressed over the course of the season?

Sterling Somers: This team has progressed a lot throughout the season. Coming into this year a lot of changes took place, including new coaching staff and five new starters. That is a lot to account for. This team has gotten very close throughout this year and has developed a very positive culture. It has been very fun to be a part of it.

SS: The top moment so far was at Cal State San Bernardino. We were down 18 points in the second half to a very good team and we came back and won the game in the final seconds 93-91.

TP: What is something you have learned while being a PLNU student-athlete?

SS: One thing I’ve learned in my time at PLNU is that more school work and training is required. But, the people at PLNU are all amazing and really care about you and make that transition from high school easier.

TP: As the only senior on the team this season, how do you feel the upperclassmen prep underclassmen teammates to carry the weight after the seniors graduate?

SS: Being the only senior, I just hope that I set a great example for the underclassmen to look up to.

TP: What is one piece of advice you’d give to an incoming PLNU athlete?

SS: Advice for an incoming PLNU athlete: There are many special people at PLNU. Don’t be afraid to make connections around campus with professors and other students.

As a junior, Somers was an All-PacWest Honorable Mention Selection and PacWest All-Academic Team Selection. His efforts helped the Sea Lions win the PacWest regular season and tournament titles, the NCAA West Region Championship, and reach the NCAA Championship game.

As a senior, the 6’5” forward has not only appeared in 26 games for his team so far but averages 12.8 points per game, 6 rebounds per game, all while shooting 57.5% from the field. Somers has had a season-high of 25 points in one game; beating out his last season-high by nine points.

Words from Coach Matt Logie about Somers after senior night:

He is as selfless of a guy as I have ever coached, [and] he is incredibly tough. He buys in and bought into two different coaches, and the results speak for themselves. When people look back on his time here at PLNU, they are going to say Sterling Somers really helped change the trajectory of Point Loma as a DII institution. I am forever grateful for the way he bought into our staff when we got here last spring, and he has allowed us to coach him. I’m just really proud of him.