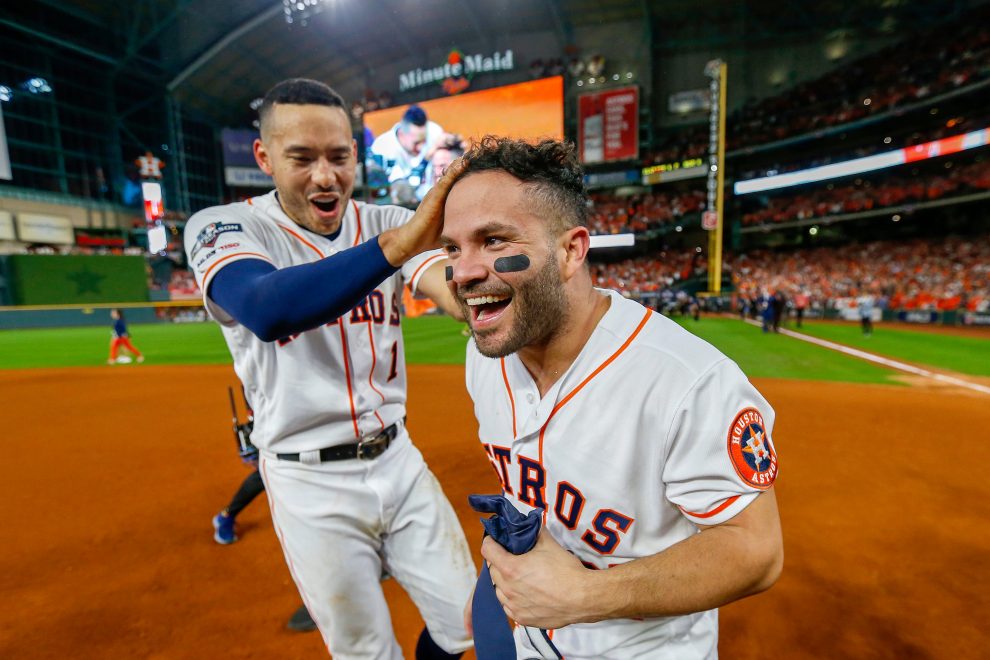 The Houston Astros sign-stealing scandal continues to dominate the news in sports. As spring training begins again for MLB teams, opposing players are angry the Astros’ players were not punished for cheating, and it is a tricky situation for the MLB and its commissioner Rob Manfred to handle.

In sports, cheating has become increasingly difficult to deal with because it is not as black-and-white as people are often led to believe. There is actually a lot of gray space as teams and players try to get as much of an advantage as they can, and with the technological capabilities available to teams and athletes today, the line between “cheating” and “competitive advantages” becomes very blurry.

Stealing signs has always been in the fabric of baseball and all sports. Teams watch film of their opponents in attempt to figure out what the other team is trying to do, and technology has enabled coaches to use tablets on the sideline to help their players see what the other team is trying to do. The smartest players can then recognize formations or signals to try and intercept a pass or block a shot. Baseball players often try to pick up the catcher’s sign and relay to the hitter what pitch is coming, and all of these things are accepted as teams just “trying to get an edge.”

The analytics movement in sports is another example of teams using technology to gain an advantage. In basketball, it highlights player preference, so players on offense can be in positions to succeed and defenses can realize player tendencies and make their opponent uncomfortable. In baseball, coaches shift their defense to where the batter is most likely to hit the ball, thus increasing the odds of getting the batter out.

So, what is different about the Astros’ situation that has people acting like they are crazy for enacting a devious scheme to give their players the greatest possible advantage?

One great explanation can be found in the book Heart of Darkness by Joseph Conrad, though it was written more than a century ago. In the story, the narrator Marlow tells a tale of his journey into the Congo where he encountered natives and another European explorer, Kurtz. Kurtz used his position of power to exploit the natives, and they treated him as a godlike figure while he lived among them. It can be read as a story of European colonization, with Kurtz going mad because of his unrestrained power, authority and greed.

One interesting note about the story is Kurtz did exactly what colonization set out to do, but when he took it just one step further, he was deemed to be crazed and was treated with disgust, despite the fact Kurtz essentially embodied colonization and its ideals.

In the same way, the Astros were essentially doing exactly what every other team and player in sports try to do as they tried to use technology to their advantage, thus giving their team the best chance to win. Teams are using technology to position players and give them an advantage in the field, and the Astros simply tried to give their hitters an advantage at the plate. However, because they took “competitive advantages” a step further than other teams and cheated in a more sophisticated way, fans and other players are treating them with disgust.

The Astros employed a ruthlessly efficient operation that was really only discovered when a disgruntled ex-Astro spilled details about the scheme. As with Kurtz, it seems like the line for cheating only becomes clear when someone does it too well and gains too much of an advantage, even though everyone in sports is trying to get an edge on their opponents.

People are mad because it gave the Astros too much of an advantage, which is fair, but situations like these make it difficult to understand the question “How far is too far?” in sports. Every team is trying to get even the slightest advantage that could help them win, but when do competitive advantages turn into cheating?