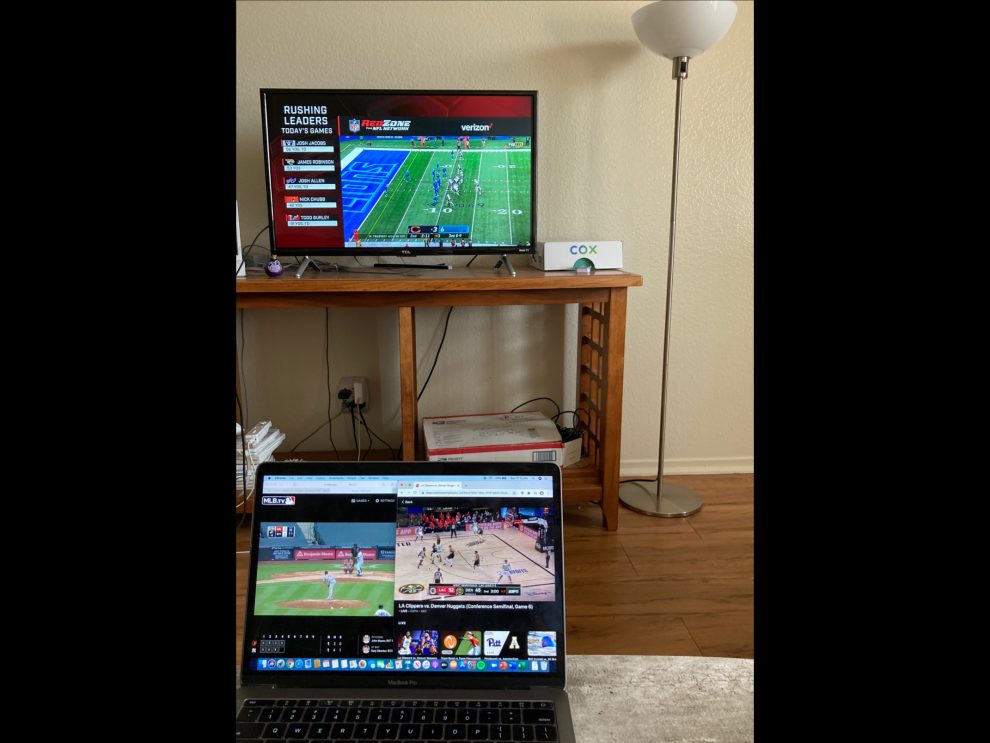 The NFL’s return to action last week means sports are fully back. On Sunday, sports fans could enjoy football, basketball, baseball, hockey, soccer, tennis and golf in a single day, which was only made possible by the global pandemic shutting down all sports. (And yes, Sunday was heavenly.)

The return-to-play scenarios look different for each sports league, and as someone who watched all of them religiously over the past month, I will share the good, the bad and the interesting of each sport’s return.

The Good: Sunday was a thrill for sports fans when football was on for 12 hours straight. With NFL Red Zone, fans can watch every game without commercials, and this wall-to-wall action is electric.

The Bad: Players on the Chiefs and Texans came together for a moment of silence and unity before the first game. This was a good move, but the fans who started booing during it…that is just despicable. It could also be seen as a reflection of the NFL’s half-hearted attempts to resolve social justice issues — like its use of Colin Kaepernick when it is convenient for them after blackballing him from the league four years ago.

The Interesting: In Week One, two teams allowed fans at the game, the Chiefs and the Jacksonville Jaguars. Maybe safety measures can be met in large outdoor stadiums, but Kansas City’s coronavirus positivity rate currently hovers around 10%.

The Good: Every game matters. One of the major struggles for baseball fans is the length of the season. Many fans find it difficult to stay engaged with their team for 162 games, but with a 60-game season, each game carries a little more intensity.

The Bad: Everything Commissioner Rob Manfred does. Whether it be flip-flopping his stance on if and when the season would start, or his eight-game suspension of Joe Kelly for throwing at Astros players or his apparent insensitivity to players during the strikes for racial injustice, Rob Manfred should be fired for absolute incompetence.

The Interesting: The MLB suspended Joe Kelly more games for throwing at Carlos Correa than it suspended any player on the Astros for cheating their way to a World Series.

The Good: Just about everything. The NBA’s unity and commitment to social justice is admirable and unparalleled in other sports leagues. They have had no positive cases in the bubble, and a limited number of courts meant games were spaced out all day. Finally, playing games in the same gym appears to help players shoot better, adding to the enjoyment for fans.

The Bad: Loss of home court advantage. Without fans and without travel, the advantage of home court disappears in the bubble. The Milwaukee Bucks and the Philadelphia 76ers are two teams that appeared severely affected without a home court advantage. The Sixers were swept in the first round, which is unsurprising because they were 31-4 at home and 12-26 on the road, and the Bucks were upset as the number-one seed in the East by the Miami Heat in the second round.

The Interesting: When teams face elimination, they have to pack their bags and bring them to the arena so they can leave immediately after if they lose.

The Good: There is nothing like playoff hockey. Even for novice hockey fans like myself, one of the great joys in sports is playoff hockey, because they have as many overtime periods as it takes for one team to score. Waiting for the game-winning goal, potentially for FIVE overtimes is riveting.

The Bad: Creating a bubble for games requires players to be away from their families for a long time. Since the two bubble locations are in Canada, only players with Canadian family members could enter once the conference finals started.

The Interesting: Like the NBA, the NHL has had zero positive tests thus far, and the success of bubbles is remarkable.

The Good: Tournaments have been loaded with star power and new faces. Known stars like Dustin Johnson dominated tournaments while up-and-comers like Collin Morikawa entered the picture; Morikawa notched his first major victory at the PGA Championship.

The Bad: Bryson DeChambeau. Bryson made headlines for putting on 20 pounds during the hiatus, helping him bomb drives. However, he made plenty of enemies for complaining about a cameraman for filming him and arguing with rules officials about fire ants being in the way of his shot.

The Interesting: The PGA Tour provided all its players, caddies and essential workers with WHOOP fitness straps to monitor symptoms, and as a result, Nick Watney discovered he had contracted coronavirus and withdrew from a tournament before an outbreak occurred.

The Good: They successfully pulled off a major tournament with participants from all over the world. This is impressive.

The Bad: Novak Djokovic. Djokovic showed little concern for the coronavirus and hosted a tournament with fans in June, leading to players, including Djokovic, testing positive. Djokovic was then the clear favorite at the U.S. Open until he hit a line judge with a ball and was disqualified.

PLNU Athletes Adjust to Life Without a Season
Fantasy Football: It’s All Strategy