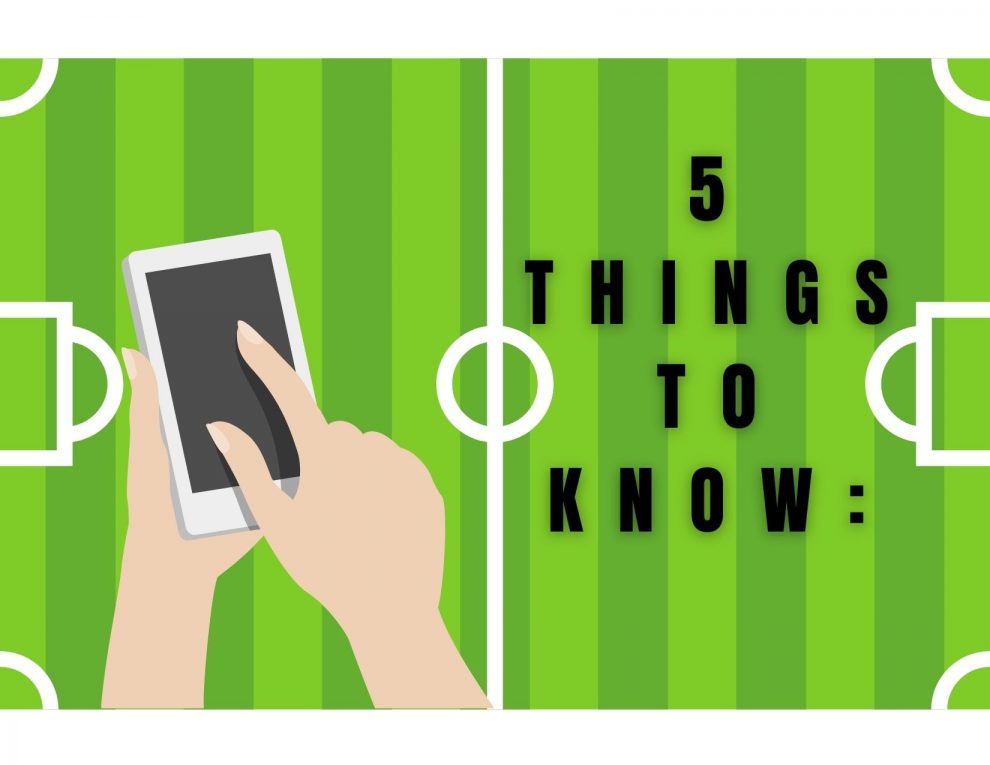 These past few months marked the sports lovers’ summer of sadness. The abrupt end to high school and college spring sport seasons, the postponement of the 2020 Summer Olympics and the absence of fans at MLB and NBA games were all contributing factors. However, fall promises more excitement. For PLNU sports fans looking for a way to pass the time when the Sea Lions are not in action, fantasy football offers a way to follow teams and players all week long.

The NFL season’s Sept. 10 kick off and week one games are just around the corner, and fans play against friends and coworkers, hoping to draft the best fantasy teams possible. With social distance already built into fantasy sports, the competition can provide a semblance of normalcy for its competitors. Whether you are new to the world of fantasy football or just need to zhuzh up your current draft, here are five tips to help you dominate your fantasy league.

Offensive lineman for the Oregon Ducks, Cole Young, stresses the importance of picking running backs first when starting your draft. Running backs receive points for rushing yards, receiving yards and touchdowns, giving them more ways to earn points than other positions. Keep an eye out for players like Christian McCaffrey. This season, many expect the Carolina Panthers to rely on him heavily due to their loss of quarterback Cam Newton. With a new quarterback, the Panthers will count on McCaffrey to carry the team. McCaffrey specializes in going out for passes on top of his unique rungame, presenting a dual threat to defenses. Other top running backs to consider drafting early: Saquon Barkley, Ezekiel Elliot, Alvin Kamara and Dalvin Cook.

Stats from last season give a preview of what to expect of players’ capabilities this fall, and it is safer to pick potential breakout stars or rookies in later rounds. Michael Thomas is a top wide receiver in the league and plays for the New Orleans Saints, one of the most consistent teams in the NFL. In his career, Thomas has 5,512 yards, 32 touchdowns and 470 receptions. Lamar Jackson, running quarterback for the Baltimore Ravens, won NFL MVP and received 3,127 yards in 2019. Despite a groin injury during training camp, Jackson is expected to continue to produce this season. Players like Thomas or Jackson are crucial to draft early.

Remember not to pick players from one team due to bye weeks. The fewer players on the field, the fewer points you’ll receive. If a few of your star players share a bye week, your team may struggle when they miss the same week. If you choose several players from one team, who then has a bad week, your fantasy team will also have a bad week. Choosing players from several different teams also keeps your points balanced, so even if the entire team struggles, your fantasy team will be okay.

Yards and touchdowns contribute to the amount of fantasy points your draft will get. Here is a helpful positional order of importance for players to consider when drafting:  running backs, wide receivers, quarterbacks, tight ends, defense and kickers. Hone in on the most consistent positions in the game.

Dominic Paone, defensive lineman at Bellevue High School, recommends players take risks as they can offer great unexpected promises. This could mean picking up a sleeper player early in the season. If they have a breakout season, their value will increase week to week, earning you more points and the chance to brag to your friends about making the right prediction. Keep an eye out for Pittsburgh Steelers wide receiver, Diontae Adams, as he looks to take a jump in year two as his quarterback Ben Roethlisberger returns this year. Buffalo Bills quarterback, Josh Allen, could be selected in later rounds. Allen has become one of the best intermediate passers and will benefit from Stefon Diggs joining his receiving corps. He also can earn points by running the ball.

Players can do more research on their own, but this is a helpful starting point for new fantasy players or those who haven’t had success in the past. Although this will help players with the draft, the games continue all season long. For the most success, remember to check and manage your roster each week.