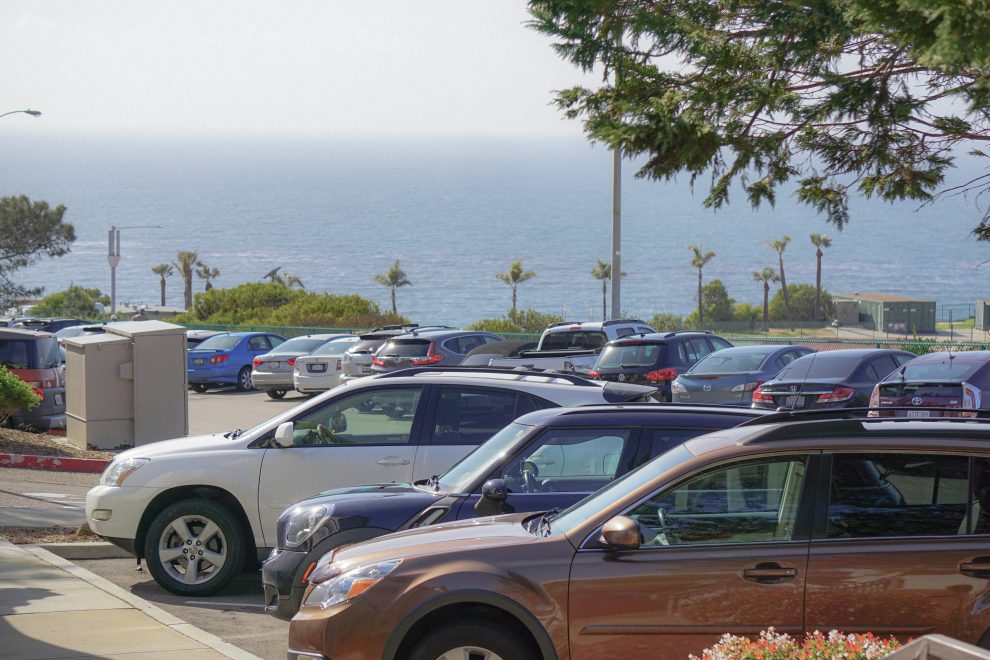 One of the greatest frustrations for students, specifically, is the Young Hall parking lot. While the student body and Point Loma community share in surfing, walking the cliff trails, and other beach activities, visitors off-campus often mistake the parking lot outside of Young Hall for public use.

“I drive pretty much everyday and about four to five times a week. I will come back in the afternoon hours and there are no spots in the upper or lower Young parking lot and end up having to park on the hill by Hendricks Hall. Last week, I had to park above Hendricks Hall three times because so many cars without parking permits took up the spots by my dorm,” Coyne said.

Second-year dietetics and nutrition major and Young Hall resident, Grace Klein, said how there are only spots available in the mid-mornings when people drive to their classes or off-campus.

“There is no shot during the afternoon or sunset times when people from outside of PLNU use our parking lot. It is hard for a working student like me, as a barista, who has to wake up before sunrise and walk up the hill in the dark because there were no spots to park the day before,” Klein said.

Coyne and Klein, along with the majority of the students, explain the extra stress this parking hassle causes as it is difficult for students with busy schedules to lack a reliable parking place taken up by visitors where they live – especially with the threat of being fined by Public Safety.

“Public Safety is very aggressive in giving us students tickets but seem to lack any patrol for outside visitors. They should be giving us the benefit of the doubt on parking situations, if anything, rather than being lenient with people outside our campus taking our living space,” said Coyne.

“The Young Hall parking lot is private property and outside visitors are not allowed to park down at Young Hall. Public parking is allowed above the hill owned by the government and people are welcomed to use that, but many times visitors either mistake or ignore the posted signs, and park at Young Lot anyway,” said Trypuc.

Trypuc noted the difficulties in identifying if an unauthorized vehicle is a student’s car or not, but put an emphasis on patrolling the Young Lot as they are aware of this issue.

“Public Safety loops around campus and keeps an eye on Young Hall, but at times we cannot help missing the timing if visitors park at Young Lot without us knowing. Quite often we get calls from students reporting people are parked down there and we send an officer as soon as possible. It is a tricky situation, but we do try our best to keep it easy for the students,” said Trypuc.

While PLNU campus cannot expand and add more parking space, Trypuc and the Public Safety team suggest students call anytime they see an unauthorized vehicle parked in their lot so this issue can hopefully fade away eventually.

Gen Z Remodeling How News is Consumed
Race and Religion at PLNU with Dr. Willie Jennings