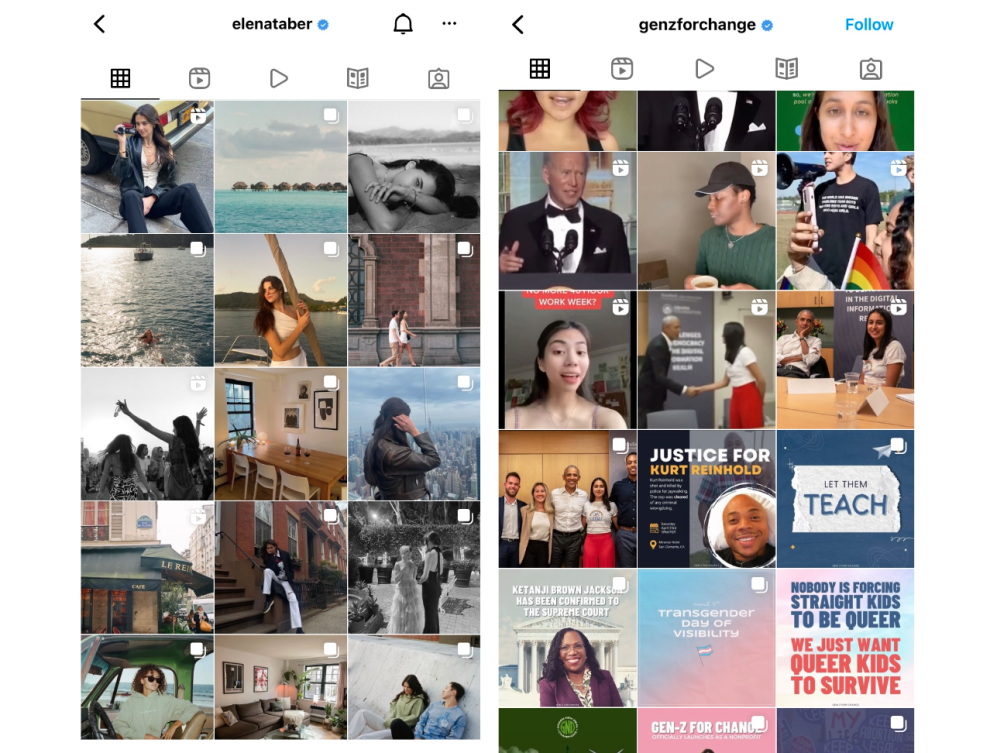 So you’re graduating, what’s next?

Turns out, that’s quickly becoming one of the most important jobs in today’s society. According to Forbes, “Brands are on pace to spend $15 billion on social media influencers by 2022 — nearly double the $8 billion spent in 2019, according to estimates from Business Insider Intelligence.”

A Hubspot infographic said that “71% of consumers are more likely to make a purchase based on a social media referral.”

With content creators gaining significantly more influence within society, we should be asking ourselves: what are we being sold?

On March 10, the White House held a Zoom call with 30 TikTok creators in order to disseminate information about the crisis in Ukraine. On the call was Point Loma Nazarene University alumna, Elena Taber (@elenataber).

Taber graduated from PLNU with a bachelors in business administration in 2018. She now creates long-form content on her Youtube channel, which has a following of 695K subscribers. She also posts on TikTok, reaching an audience of 23K followers.

While Taber’s content is primarily lifestyle focused, she has worked with nonprofits and NGOs (Non-Governmental Organization), as well as served as a media consultant for the United Nations.

Taber received a text from her manager at Digital Brand Architects asking if she wanted to participate in the Zoom call.

“I would say the vast majority [of those on the call] are people who have platforms where they are either 100% talking about politics, news, and social activism, that’s the entire genre of their platform, or people who delve into it here and there. I guess there were a few people who were just random TikTok dancers, but in general most of them were within the space,” Taber said.

“On the call, I recognized a few people who were also with DBA, but then I did some looking into it afterward and I think someone reached out to Gen Z For Change because they had a few representatives of other TiKTokers who posted about stuff,” Taber said.

Gen-Z for Change (@genzforchange) is a nonprofit organization run by young adults that originated on TikTok and has now amassed over a million followers. The organization started out with just a few friends wanting to participate in phone banking for Joe Biden in the 2020 presidential election. Since then, they have expanded to a group of over 500 content creators who work to spread awareness about social issues, hoping to make news more easily digestible for younger generations.

Oluwatoni Akande (@thissonghasnotitle) is currently a junior at Belmont University in Nashville, Tennessee and has been working with the organization since its formation. She was not at the meeting herself, but claims the purpose behind the meeting was “misinterpreted” by the general public.

“It was really just standard procedure, I think some officials at the White House really appreciated our work and wanted us to listen in. I can understand people having concerns but I also can understand how important it is to get youth voters and youth participation when it comes to politics,” Akande said.

Taber thought the meeting was beneficial, but only discussed information that most people would be aware of if they kept up with the daily news. The TikTokers on the call were not required to post anything about the meeting and were not allowed to film or record any part of the call.

“I think they just wanted to give the option and the space to creators who have larger platforms and are talking about these issues to get direct answers from the top level white house officials so that we could then either ask questions that we’ve had on our minds, or ask our followers if they have questions on their mind, to make sure there’s no dissemination of the wrong responses or news and to address people’s concerns at the moment,” Taber said.

In a Saturday Night Live skit centered around the White House briefing, Bowen Yang (as a character within the skit) dramatically stated that TikTok “has more power and more influence than the nightly news.” And to some degree, this might be right.

“It goes to show a really large shift in the way that news is disseminated and consumed. I think Gen Z really is consuming news in a very different way and I think they probably are more likely to go to TikTok, even just for entertainment, than they are to late night news. It also comes down to viewership, I have no idea what the numbers are for the late night news, but there are definitely a lot of creators out there who are getting the same amount of views if not many many more,” Taber said.

The most recent TikTok by Gen Z For Change has accumulated 1.3 million views but the organization’s impact doesn’t stop here.

A recent Instagram post by Gen Z For Change detailed how they have “generated over 48,000 petition signatures against Florida’s ‘Don’t Say Gay Bill’ alongside a coalition of incredible grassroots activists and organizers. Flooded the Virginia anti-critical race theory tip line with over 130k false emails, successfully shutting down the tip line entirely. Flooded the Texas Right-to-Life anti-abortion tip line, successfully de-platforming the website by having their GoDaddy hosting pulled, and stated changeisbrewing.org to prevent Starbucks from hiring scabs by allowing our audience to automatically submit a fake job application every 5 minutes.”

Gen Z is talking about the world and enacting change in dramatic and new ways. They have loud voices and a knack for getting attention. They are well aware of the political divide that makes it easy for misinformation to thrive as well as the algorithms that add to that divide.

“I think there’s definitely cognitive dissonance when we only pay attention to one side, but I think the way in which we show information and spread information allows people to do the research themselves,” Akande said. “We actually wanted to keep it nonpartisan for certain videos but I think for the most part it’s pretty obvious where we fall.”

Taber explained that a lot of creators exist within echo chambers, meaning that their content is received by an audience holding the same beliefs, thus the message is perpetuated.

“You could have an audience that really keeps you accountable. I would say that’s more of my case, which I’m really grateful for. I feel like the people that follow me are very well educated, very well informed, are informed across a variety of topics and from a variety of sides. Because of that, I know that I need to make sure I am doing my own research and [be] really careful with what I post in general because there are people that will fact check me and there are people that will call me out, which I think is important because I am just a 25-year-old Youtuber,” Taber said, “It’s not like I have all the right information, it’s usually me sharing a personal opinion or just trying to share current news, using my platform to share about certain issues. There definitely is not an ethical code that is followed, I wish there was one, but it comes down to the creator.”

For more information on Gen Z For Change, visit their website https://genzforchange.org

By: Charis Johnston and Sara Kuhn