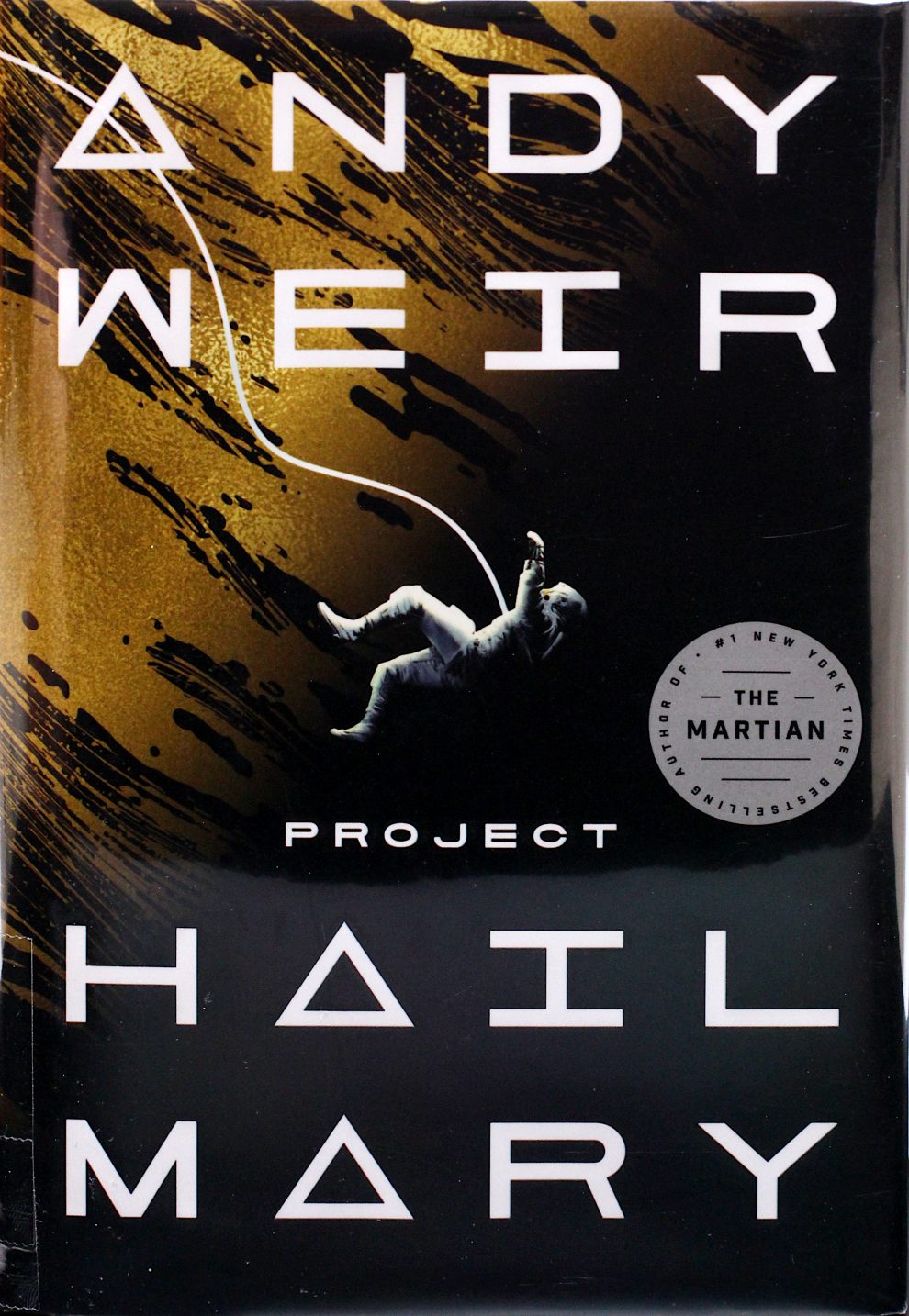 Weir is most famous for his debut novel, “The Martian,” which was made into a feature film starring Matt Damon. Weir shocked the literary world by writing this book while working full time as a software programmer, publishing online in his blog for free and then getting picked up by Crown Publishing Group, who purchased the exclusive rights.

I loved “The Martian” for its down-to-earth tone, sarcastic main character and hard-core science that was wrapped up in enough shiny plot that I didn’t have to actually understand physics if I didn’t want to (spoiler alert: I still don’t understand physics). My copy has been dog-eared, written on, dropped in the bathtub on accident and bent past recognition in my suitcase thanks to the lovely attentions of the TSA. Seriously, it’s a great book.

After the letdown of his next book, “Artemis,” I was a bit skeptical to pick up “Project Hail Mary.” Set in a lunar colony, “Artemis” has a cool concept that ultimately tripped over poor dialogue, a shaky plot and unsatisfying ending, and fell flat on its face.

Thankfully, I committed to “Project Hail Mary” and was rewarded for my faith. It has a cool concept that tripped over nothing and sailed all the way to an end that Asimov would be proud of. You want something imaginative, out there, and grounded in science and linguistics? Weir delivers.

“Project Hail Mary” follows Ryland Grace, the sole survivor of a last-ditch attempt to save humanity. He wakes up on a crippled spaceship with no memories, no crew and no idea of what his mission even is. As he works through his amnesia (and re-learns how to be an astronaut) he battles extreme loneliness, alternating fear and boredom, the realization that he’s humanity’s last chance at survival and the looming sense that there are things he really, really doesn’t want to remember.

Sound familiar? “Project Hail Mary” runs the risk of being way too similar to “The Martian,” but thankfully Weir takes a sharp left turn in the second act.

Our lone hero Ryland Grace nearly runs into another crippled spaceship, and after agonizing attempts at communication, finally makes contact.

Ryland is the first human to meet another being from another world, and in this unprecedented space Weir works his magic to tackle obstacles like language, sleep, eating, temperature, atmosphere, culture and all the things that might come between a human and an alien. Ryland and the alien are both alone no longer, and can now work together to figure out how to escape deep space, save their peoples and survive.

I loved “Project Hail Mary” for its witty dialogue, perfect pacing and attention to detail. All kinds of things I would have never thought about when it came to aliens Weir addressed. How often do other beings sleep? Do they sleep? Do they eat, and what? How do they communicate? What do they consider sacred?

I read this book in two sittings: about ten pages in the car, and the remaining 490 in a hammock curled up like the alien itself. If that sounds like a lot to read at once, that’s because it is. I had a delightful headache for the rest of the day, but I’ve been thinking about the way Weir tackled linguistics for about a year.

There has been some criticism that “Project Hail Mary” has a main character who is much too similar to “The Martian” with the sarcasm, loneliness and a can-do attitude.

The criticism is right. I can’t deny that Ryland Grace is pretty much a copy of Mark Watney. But the truth is this: I don’t care.

I love “Project Hail Mary” for the same reasons I love “The Martian.” I delight in the protagonists, the plot hooks me from the beginning, I don’t get lost in science I don’t understand and I’m allowed to enter into a scenario so fleshed out it could be real. “Project Hail Mary” feels like the book that first made me fall in love with Weir’s writing, and I think there’s nothing wrong with that. If it ain’t broke, don’t fix it.

The Jason Hanna Quintet Pays Tribute to Chet Baker
“It’s Only Me,” A Good, Not Great, Album From Lil Baby