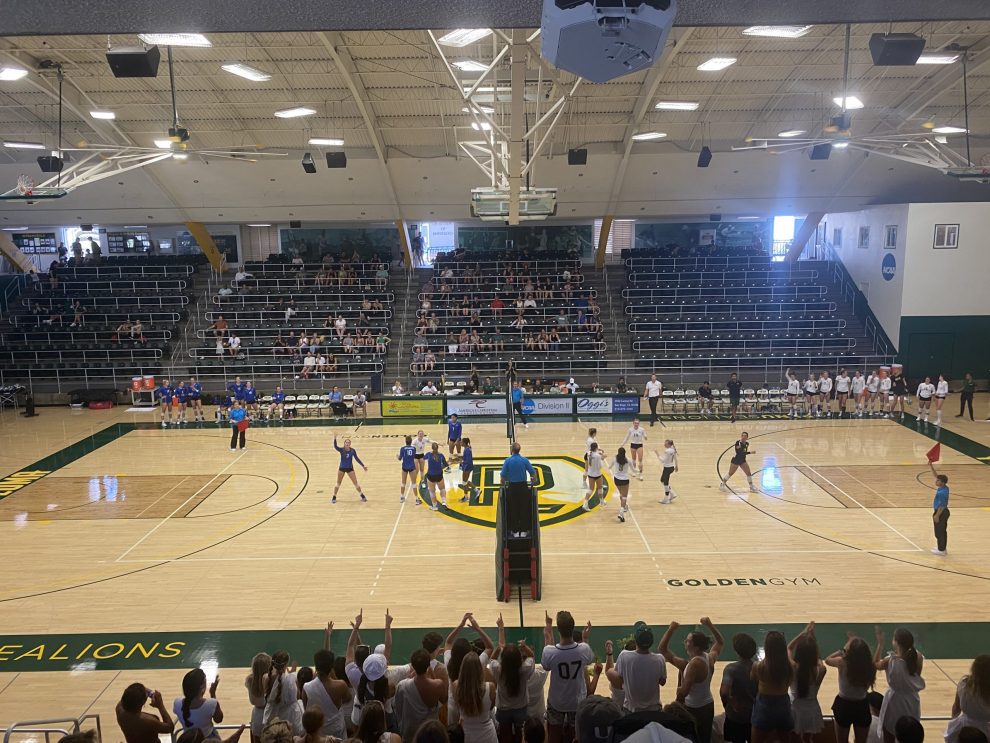 The volleyball team went 3-1 on the weekend, never losing a set in the matches they won. Though the players were not the only ones giving their all over the weekend. PLNU’s student section, The Green Sea, brought their A game, giving new students their first taste of PLNU’s school spirit.

Freshman nursing major Lindy Bergmann had a great experience as part of The Green Sea at the tournament. She cheered on the Sea Lions at multiple games, including their first game where nearly 500 spectators were in attendance.

PLNU’s Hooligans, the leaders of The Green Sea, helped get the crowd going all weekend. They led the university’s new fight song, “Hoist the Colors,” started chants and wore togas to the Sea Lions’ game against California State University San Marcos, which was played before the university’s Loman Empire Dance that took place later that evening.

Evie Geddes, a first-year marketing major, recalled that her high school was spirited, but that PLNU was on another level.

“They were a lot more into it,” Geddes said.

First-year elementary education major and cross-country athlete Hannah Thomas attended multiple games at the tournament to cheer on her fellow student-athletes. She noted the importance of having people cheer during athletic events by recalling her own competitions.

“It’s really important to have people cheering,” said Thomas. “It keeps my energy high and wakes me up.”

Something that stood out to Thomas about The Green Sea was how genuine the students were in their cheering.

“Everyone wanted to be there and was willing to stand and cheer,” Thomas said.

With PLNU’s athletics ramping up, The Green Sea will carry their spirit into supporting the women’s soccer team this coming week.