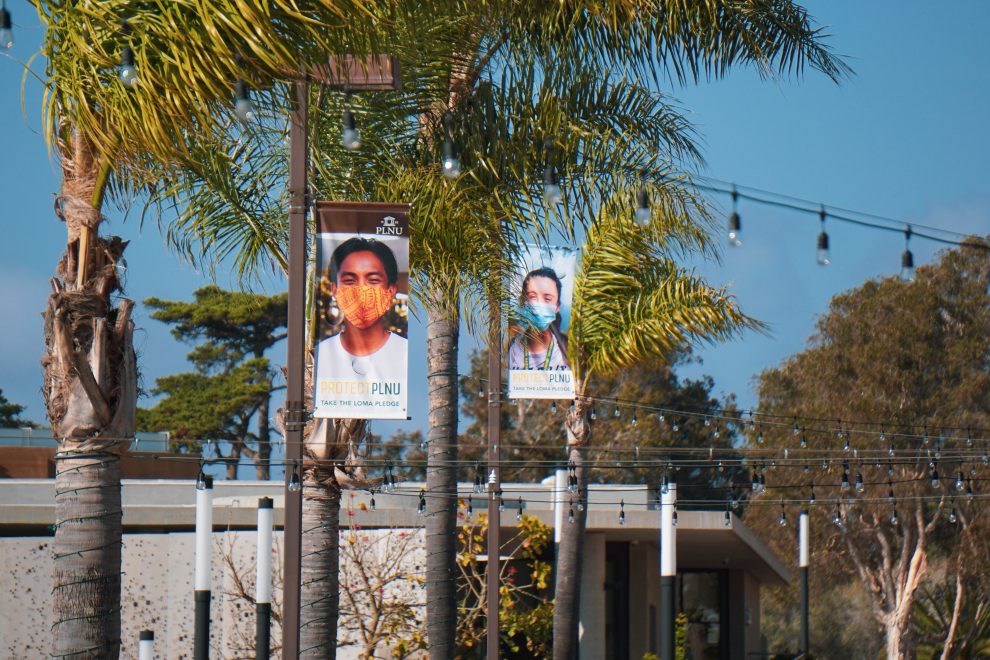 Jeffrey Carr has been the chief diversity officer at PLNU for 12 years. He helped the university navigate racial issues and currently leads the charge toward justice and equity on campus. Carr will retire June 30, 2021, but will serve as a consultant to PLNU the following academic year. The Point did a Q&A with him via Zoom to hear about the past year.

The Point: Racism and diversity have been hot button topics since 2020, so how was this past year for you as Chief Diversity Officer at PLNU? What have you noticed about the state of our world?

Jeffrey Carr: University campuses as part of the nation’s society have the opportunity and responsibility to do something to help educate and inform our community. [This past year] has given everyone an opportunity to pause, to think more clearly and to be more purposeful in our individual roles in combating racism.

I think what has been difficult this past year is you have remained at distance because of the pandemic. Although we have a higher recognition, responsibility, there have not been enough opportunities for us to do something in tangible, concrete ways that would help move the needle.

TP: Over the past year, what has PLNU done right in regard to creating a culture and standard of anti-racism?

JC: This year has been mostly one of reflection and planning — all with the hope that when we come back on campus and we’re all full engaged, that we can actually see those things happen at a more concrete level. While we have done a lot of programs, there’s no tangible outcome I can point to.

“While we have done a lot of programs, there’s no tangible outcome I can point to. “

There’s been one small outcome that I think is really in place now, just being worked out. All professors at PLNU have been asked to include in their rubrics for their overall courses a “classroom collective question,” [which is an evaluation of micro-aggressions, implicit bias, racism in social imagination, academic racism, etc.]. The purpose of that rubric is for each one of our faculty to take a hard look at their classes and see, what are you doing to impact anti-racism on campus? The hope is by looking at that, they’ll see what they are lacking in their pedagogy and be able to implement changes.

TP: How does being a Christian university impact PLNU’s struggle for equality?

JC: Our university is a Christian campus [and that] is why most of us chose to be a part of PLNU. We’re Christian and we’re interested in a Christian education. That is a real big plus, but it is also one of the biggest challenges to making strides in our attempts at going toward a more just and equitable society.

Historically, our churches have not embraced the full scope of diversity and inclusion. We look at justice in terms of our relationship to God, not in relation to each other, and that puts us in a point of conflict with our own Christian beliefs.

“We look at justice in terms of our relationship to God, not in relation to each other, and that puts us in a point of conflict with our own Christian beliefs.”

The leaders in the fight for racial equity and justice, against discrimination and bias should have always been the church.

TP: What do you think is in store for PLNU?

JC: PLNU has great potential and motivation to usher in a new community in terms of discrimination and anti-racism, but do they have the will — from their mind and from their spirit — to actually implement those things? And not just an emotional reaction. Because that’s what I’ve seen this year, is an emotional reaction, and no proof in the pudding that these things actually have taken place or will take place. People can tend to get stuck in neutral and they can’t move. So, I’m here to try to move people out of neutral to drive.