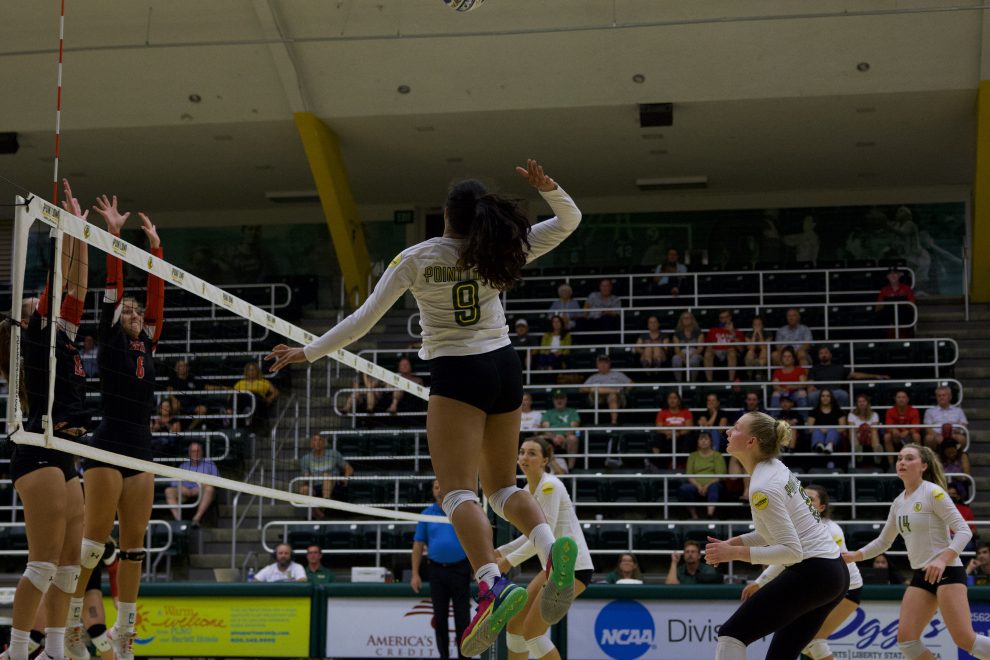 When it comes to dominant sports teams — regardless if that team plays at a high school, college or professional level — there is an undeniable recipe for success. You need a knowledgeable coach, a complete roster with players willing to buy into the program’s goals and team chemistry. The Point Loma Nazarene University Women’s Volleyball team has this recipe for success down to near perfection.

In just over a month of play, Women’s Volleyball has put the PacWest Conference on alert. The Sea Lions have faced six conference opponents, and have taken down each one with relative ease. The women have tacked on five more non-conference wins, only surrendering three losses during this hot streak.

The Women’s Volleyball team hasn’t had a losing season since 2017, so winning has come naturally for the program in recent years. This has been no ordinary start to the year for the Sea Lions, however.  We haven’t seen winning to this degree in a while, and the start to this still fresh 2022 season is the best start for the program since 2014.

There weren’t many coaches or fans of the PacWest that expected to find PLNU near the top of the standings heading into October. As summer concluded, the PacWest Preseason Poll placed Point Loma coming in fifth, finishing behind programs like Biola and Concordia Irvine.

“There has for sure been a chip on our shoulder in this first month,” said second-year outside hitter Bailey Williams.

The matchups against teams such as Biola and Concordia Irvine — teams that Point Loma went a combined 1-3 against in 2021 — have held a little bit more meaning this time around. When it comes to games with more at stake, Williams credited the team’s newfound confidence as one of the driving forces to winning those matchups.

Head coach Jonathan Scott credited his team’s work in the offseason, even going so far as to say it was one of their best yet.

“The biggest difference has been how hard these ladies worked in the spring and summer,” said Coach Scott.

Considering Coach Scott is in his ninth year as head coach, and has been around for his fair share of offseason workouts, it shows how hard this team worked during the summer to come out and dominate in the first month.

The Women’s Volleyball team’s recipe for success is being cultivated with its combination of a seasoned coach, work ethic and boosted confidence. However, the elements of this team don’t stop there.

Coming into the 2022 season, the Sea Lions saw the majority of their core group return for another year of play. The program took the time to formulate a standard of excellence, and the familiar faces on the team have built a firm foundation for this standard to rest on.

“We have a lot of returners, which is nice, but we also have a lot that is different,” said Coach Scott.

The returning players have fulfilled their roles in the first month of the season, but Coach Scott made sure to highlight some new additions to the program who have had an immediate impact on the team.

For instance, outside hitter Abigail Nua, a hard-hitting first-year who currently leads the conference in kills. Her electricity is something the team visibly feeds off of, and she is surrounded by veteran Sea Lions who hold down the other spots on the court.

“They haven’t even seen us yet,” said Nua. Her confident answer was still delivered with humility, another trait of all the women on this team: their ability to remain level-headed during success.

The phrase sounds bizarre though, considering the whole PacWest conference has most definitely seen the Sea Lions and understand they are a force to be reckoned with. Ultimately, it’s a mantra the whole program is riding with as they enter the middle of their season with no break in sight.

Coach Scott and his players made it clear that taking their foot off the gas is not an option. The Sea Lions’ hot streak has placed them in a comfortable position in the PacWest standings, but future matchups against rivals like Chaminade, Biola and Concordia Irvine will test this team’s grit.

The PLNU Women’s Volleyball team is accomplishing feats the school hasn’t seen since 2014, but they have the opportunity to outshine past teams in school history. It comes down to how bad they really want it, and, from the looks of it, this squad isn’t going anywhere anytime soon.