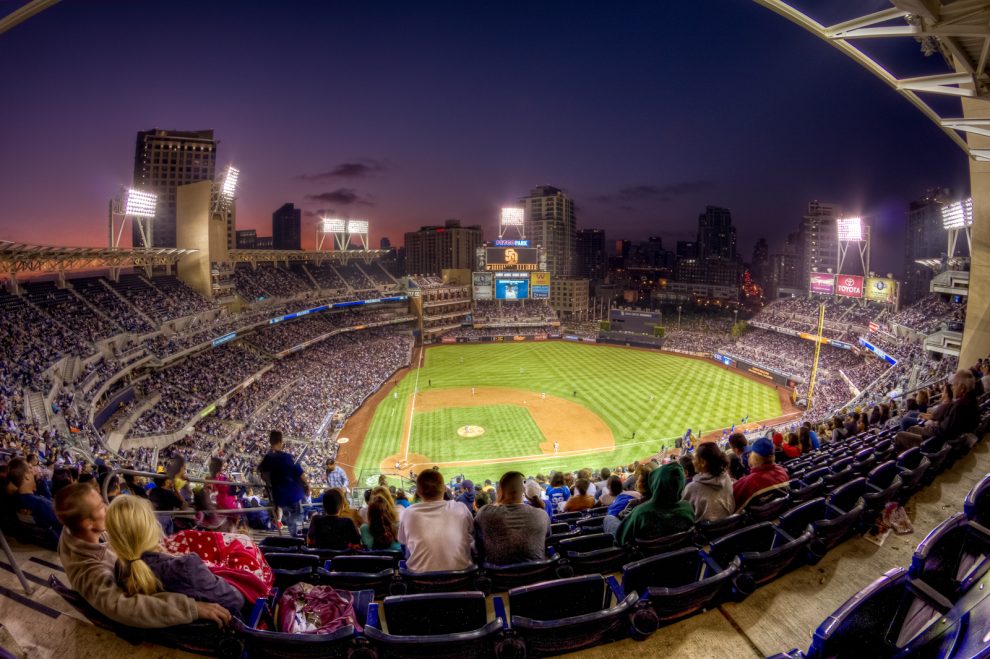 Oct. 1, 2006. With a runner on first, Hall of Fame closing pitcher Trevor Hoffman throws a changeup at the knees to Arizona Diamondbacks infielder Alberto Callaspo. Callaspo gets a piece of it, sending the ball for what looks like a base hit that will put runners on first and third with two outs in the bottom of the ninth inning. The score is 7-6, and a division title is on the line. The Friar Faithful hold their breaths. Padres’ second baseman Josh Barfield makes a diving stop, but throws future All-Star Adrian Gonzalez off the bag at first, creating a force play at second. The throw to second is made, and a runner who was first called safe on the play is called out. Ballgame. Petco Park erupts as the Padres win their second straight NL West title with a record of 88-74, sending them to the playoffs.

Since that night, the Padres have missed the playoffs every year except for a shortened season in 2020 due to COVID-19, in which they only played 60 regular season games and were swept in the National League Divisional Series. San Diego’s baseball woes are no secret. The franchise has a lifetime record of 3949-4564, making for a winning percentage that many Friar’s fans would rather be ignorant of.

There is plenty for Padres’ fans to mope about in the past decade and a half, but the 2022 Padres aren’t in the business of feeling sorry for themselves. On pace to finish 90-72 as of Sept. 29, 2022, this year’s squad has a 99% chance to earn a postseason berth this season, according to fivethirtyeight.

Riding the wave of dominant starting pitching and Manny Machado’s excellence, the Padres have been able to weather the storm of media doubt as well as Fernando Tatis Jr.’s suspension, and playoff baseball is likely to be their reward.

The Padres starting rotation ranks No. 2 in the MLB in quality starts, No. 7 in strikeouts, No. 6 in shutouts, and No. 11 in ERA. El Cajon native Joe Musgrove picked up where he left off last year, posting a 3.03 ERA paired with a 1.10 WHIP, his ERA ranking first on the Padres. Japanese pitching star Yu Darvish got Cody Bellinger swinging on a low curveball for his 3,000th career strikeout over 17 professional seasons between Japan and the U.S., not to mention his 3.05 ERA, a number that would be closer to 2.90 if not for an early start in which he gave up nine earned runs.

Top-ranking pitching aside, it has been Manny Machado — whether through his leadership or his MVP caliber play — who has kept this team moving through slumps and bombshell reports alike.

Although many have their opinions — both positive and negative —  about Manny Machado, he pays no mind.

After being swept by the rival Los Angeles Dodgers, Machado was asked if the Padres were worried by the result of the past three games. Newly acquired stars Juan Soto, Josh Bell and Brandon Drury went a combined 6-38 during the series and many fans worried the 2022 campaign would be more of the same.

Manny felt none of these anxieties. After stating he was not at all worried by the series sweep, he was asked what gave him that confidence.

Baseball fans everywhere wrote this off as arrogance, ill-advised confidence amid a team scrambling to find its identity, but the Gold Glover held up his end of the bargain.

Since his somewhat controversial quote on Aug. 8, Machado is batting .316 with 12 home runs and 40 RBIs. It’s play like this, along with the respect he commands within MLB, that allows him to get his teammates to buy in, even after devastating events like the untimely Tatis Jr. suspension.

Reigning PacWest baseball Coach of the Year Justin James explained that every season has its ebbs and flows, but what separates the good from the great is the team’s ability to rise to the occasion and keep taking it one pitch, play or possession at a time.

“Unfortunate things happen each year and the Tatis situation is no different,” James said. “You have to first let the team know that no matter what we will be OK and it’s an opportunity for others to step up in a larger role. Then, redirect their attention to what really matters and that’s playing the game well one pitch at a time and everything else is a distraction from that goal.”

Although it is unlikely Manny Machado takes home the 2022 NL MVP (BetMGM has him at +6600 as of Sept. 29), no player in the NL has been more instrumental in their team’s success, according to WPA (Win Probability Added). Machado leads the National League in WPA, as well as ranking 4th in the NL in bWAR (Baseball-Reference Wins Above Replacement).

The Padres are sitting at 86-69 as of Sept. 29, their magic number at four. A team’s magic number constitutes the combination of wins needed by said team and losses by its closest competitor to clinch any given goal. Barring an even worse collapse than the anomalous disintegration we witnessed a year ago, the Padres of San Diego will be playing postseason baseball in a full season for the first time since 2006, and, rest assured, Petco Park will continue to rock in a year that is expected to break franchise attendance records.