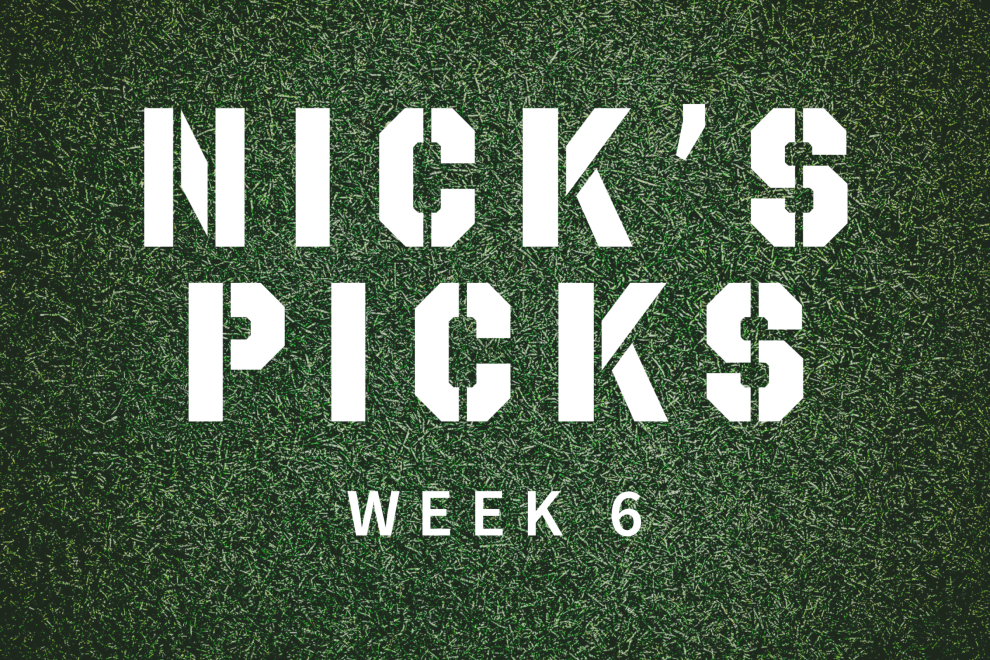 Week 6 of Fantasy Football transitions us into one of the more complicated parts of the year. Bye weeks have begun. All of those reliable star players in your lineup will eventually have a week off with the Lions, Raiders, Texans, and Titans being the first teams on a bye. Picking up “sleeper” players off waivers just became more important than ever. Even if your team doesn’t have injuries, there is a good chance someone will be on their bye week. This edition of Fantasy Football Advice will focus on who could fit right into your lineup in case you have some of your key players out this week.

Looking at the score of the Dolphins-Jets game on Sunday, you would have thought Zach Wilson (14.6 points) would have put up more points. The Jets poured on 40 points against Miami, however Wilson only scored once, and four touchdowns came from New York’s running backs. Nevertheless, Wilson had a solid outing and looked like he hasn’t missed a beat since returning from injury. The other “sleeper” pick for quarterback in Week 5, Ryan Tannehill (11.54 points), was in a similar situation to Wilson’s. His team came out with a win and managed to find the end zone frequently, but the majority of the scoring came from the running backs. Tannehill had a quality game, but also didn’t do much of anything worthy of writing home about. Both quarterbacks look like they are heating up as we head into the middle of the season.

Justin Fields (vs. Commanders): The Bears’ lackluster offense has mainly been a result of Fields’ inability to move the ball down the field. It all starts with the quarterback and Fields has struggled to get anything going. He had four interceptions in the first three games, but in Weeks 4 and 5, Fields didn’t turn the ball over. He is picking up production, and with a favorable matchup against the Commanders, Fields could be due for a breakout game. He is still available in 75% of ESPN Fantasy Football leagues and may be worth picking up for the future.

Jimmy Garopollo (vs. Falcons): In Week 3, I completely missed on my “sleeper” pick being Garopollo against the Broncos. The Sunday Night Football matchup was one of the worst games of the year, but since that snooze fest, Garopollo has looked like a different quarterback. He has three passing touchdowns in two games, and has an easy matchup against Atlanta in Week 6. It may be worth your time to give Garopollo a second chance and see if he is officially past his awful game back in Week 3.

Week 5’s “sleeper” picks were by far my most disappointing picks of the year. That’s going to happen occasionally in fantasy; sometimes players just don’t perform how everyone expected them to. My first “sleeper” pick, Tyler Allgeier (4.5 points), was given a solid amount of playing time but did nothing with it. He may have been given the ball more if he had done more with his touches, but 45 yards on 13 touches isn’t going to cut it. Everything looked picture perfect for my other “sleeper” pick, Nyheim Hines (1.8 points). His teammate, Jonathan Taylor, who takes almost all of the playing time for running backs in Indianapolis, was ruled out before their Thursday night game. Hines was in line for a heavy workload, but suffered a concussion in the first few minutes of the game. You can’t predict freak injuries like the one Hines suffered, but if he hadn’t been concussed on the first drive of the game he probably would have had a huge performance.

Kenneth Walker III (vs. Cardinals): Another running back who had a firm grip on the starting role for their team was injured. This time it was Seattle’s Rashaad Penny, who has been ruled out for the year. This is awful news for Seattle, but great news for Walker III. After Penny went down, Walker III quickly got to work. He totaled 14.8 points in Week 5 and will likely only score more with Penny completely out of the picture. Walker III needs to be everyone’s top priority this week on waivers.

Eno Benjamin (vs. Seattle): Week 6’s matchup between the Seahawks and Cardinals could see both teams’ young running backs having breakout games. I just mentioned how Walker III’s fantasy value has been boosted, and his opponent Eno Benjamin is in the same situation. Benjamin’s teammates, James Conner and Darrel Williams, were injured in Week 5. The duo’s absence gave Benjamin the chance to see some more playing time and he made the most out of it. If Conner and Williams remain sidelined in Week 6, Benjamin is slated for a big game.

It was a rough game for the Steelers, but the team’s poor performance didn’t stop George Pickens (14.3 points) from thriving. He reeled in six catches for 83 yards, and it is evident the rookie is connecting with fellow rookie teammate Kenny Pickett. Their bond is only going to get stronger, so look for Pickens to continue to put up strong fantasy numbers. Devin Duvernay (12.8 points) is another wide receiver beginning to click well with his quarterback. Duvernay has put up consistent stats all season and his Week 5 performance was no exception. He didn’t do anything crazy, but 12.8 points out of a lesser-known player is commendable. He definitely has value at the flex position, and the Ravens even had him run the ball a handful of times which makes him even more valuable.

Darnell Mooney (vs. Commanders): There is a good chance Mooney isn’t available in your fantasy league since he is currently only available in 31% of ESPN leagues. With that being said, fantasy managers have completely given up on the young receiver. Those harsh feelings towards Mooney are fair—even I gave up on him a few weeks back, and advised everyone that had him on their team to sit him. Mooney is playing much better football and so is his quarterback, Justin Fields, who is one of my “sleepers” this week. The young duo is on the rise and I see both as “sleepers” this week.

Taysom Hill (vs. Bengals): I’m doing something slightly different this week by including a player who isn’t a receiver in my wide receiver “sleeper” conversation. After looking through the receivers on waivers, I felt that there was someone else far worthier of being picked, even though he is only eligible to be placed in the tight end position. Taysom Hill, for quite some time now, has been known as the cheat code of fantasy football. The Saints use him as a running back, but he has tight end eligibility. Running backs are the most valuable position in fantasy football, so if Hill continues to receive playing time in New Orleans, he will be a huge boost to your team. If you put a running back at your flex and also use Hill at your tight end spot, you could potentially have four running backs in your lineup at once. This set up would be unstoppable, and Hill is available in 88% of ESPN leagues, so pick him up while you still can.

Bye weeks beginning this week make Week 6 an interesting, yet complicated one. Adjusting your lineup based on who is on a bye week will only get easier with time, so don’t worry too much. Although it is a hassle to lose valuable players each week, there are still plenty of assets sitting in the waivers ready for you to pick them up. You never know what hidden gem you might find on the waivers, so stay tuned for next week’s edition of Fantasy Football Advice where we’ll continue to identify those under-the-radar players.

NFL Concussion Protocol: Helpful or Hasty?
The Stranger and I