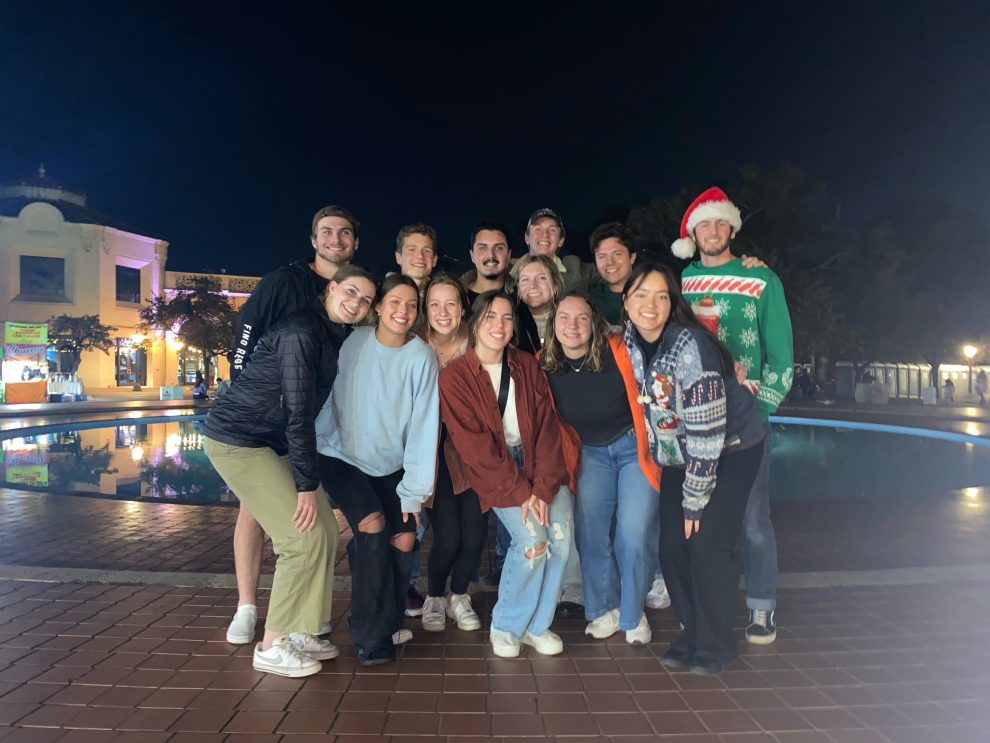 For the first time in over three years, The City of San Diego restored the county-wide holiday celebration known as December Nights to full capacity. A group of Point Loma sophomores who were first-time visitors got together and sleighed down to Balboa Park for the holiday festivities.

With the event long-running as a holiday classic in San Diego County since 1978, the resurgence of the event this year drew much coverage. Stations like KUSI expected visitor numbers to exceed 300,000, based on past visitation numbers pre-COVID.

Ian Mackay, an organizational communication major, said that throughout most of the night the group was weaving in between other people. The 1.8 square miles of Balboa Park was filled with festivites. The streets were awash with people walking to and fro around the park.

One of the key things that Kendall Gray, an elementary education major, said was that the cultures and ages of every person who they walked past were different.

Kendall Gray said that it was refreshing for the group to step away from the “Loma Bubble” and experience the outside world of San Diego county. The phrase “Loma Bubble” is often used by PLNU students and faculty to describe the sense of separation from the real world that students are presented with when attending PLNU.

Gray and the rest of the group said that it was an important opportunity for them to leave the “Loma Bubble.” Gray said it reminded them that there are more people in this world than just young adults.

In the Spreckels Organ Pavilion near the Japanese Friendship Garden at the heart of Balboa Park, Ian Mackay and Maddy Wicks, an elementary education major attended a show that told the gospel story. A large choir along with a cast of actors portrayed the original Christmas story. A couple hosting the show walked the viewers through a telling of the birth of Jesus Christ.

“I specifically remember from the concert was when they [the hosts of the performance] were talking about the incarnation of Jesus Christ and he said, ‘I would just like to encourage all of you to, think about that [Jesus as our savior],’” Mackay said.

The only trouble that the group said they ran into was finding parking. Many lots around Balboa were selling parking spots for $25-40, but street parking, they unanimously said, “it was a battle to find street parking”.

Along with the story of Jesus, there were the standard snowmen, reindeer, and Santa Clauses sprinkled with light and even rock bands a time or two.

“It was fun and the City of San Diego is providing that openness to have all ages and all cultures together, and everyone’s able to express themselves and use their gifts,” Gray said.