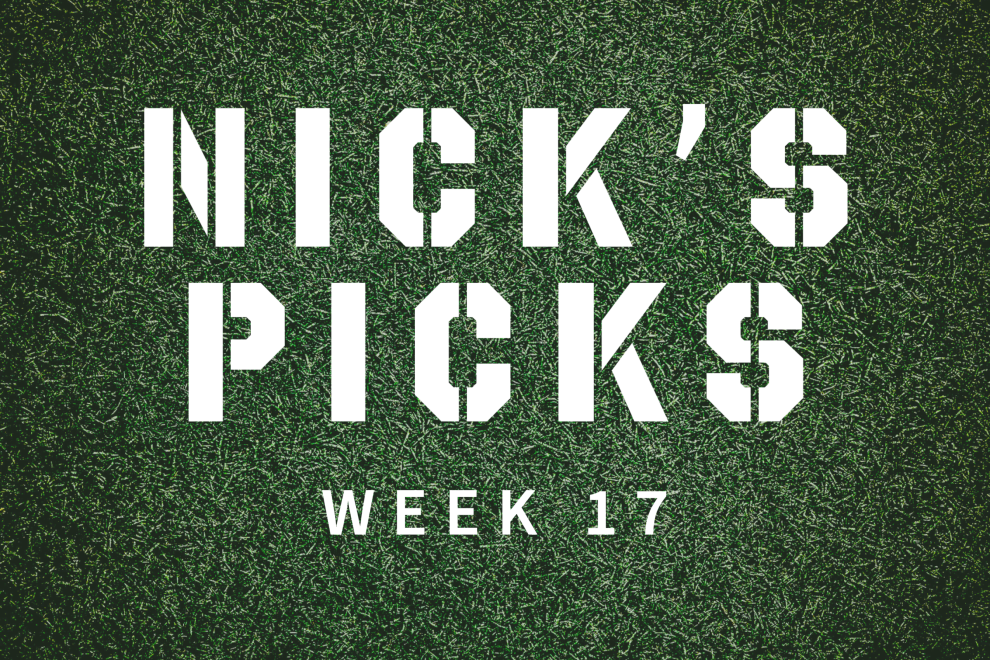 The two most important weeks of the Fantasy Football season are officially upon us. The stakes are high with some fantasy managers playing in the championship round. Other managers have a lot riding on these next two weeks, but for different reasons since they are in the losers bracket and trying to avoid finishing in last place. Regardless of what you are playing for, there are plenty of “sleepers” on the waivers heading into Week 17 that can get the final weeks of the season started on the right note.

Quarterback “Sleeper” Picks: It was a shootout in Dallas during the Eagles and Cowboys’ Christmas Eve matchup. Gardner Minshew (22.7 points) put up a good fight in his season debut but couldn’t lead his team to victory. Despite the Eagles taking a loss, Minshew and the Philadelphia offense were efficient and Minshew had a solid night in terms of Fantasy Football scoring. His Week 17 matchup against the Saints will be far easier compared to the Dallas game, and I expect him to have another high-scoring fantasy performance. Detroit’s game on the road in Carolina was disappointing to say the least, but Jared Goff (25.7 points) still managed to gift fantasy managers with a 25 point game. The Lions lost a crucial game, but Goff continued to thrive as the starting quarterback and went another game without an interception. These last two games are must-wins for the Lions, so expect Goff to be at the top of his game.

Brock Purdy (vs. Raiders): Purdy, previously the 49ers’ third-string quarterback, has taken the league and the media by storm since taking over the quarterback position in Week 13. He went from a nobody to a household name in just a few weeks, and he’s far from a “sleeper” but the stats still disagree. Purdy is only owned in 28% of ESPN Fantasy Football leagues which is low compared to other starting quarterbacks around the league. He’s outperforming a lot of people right now and needs to be on your team if he’s still on waivers in your league.

Teddy Bridgewater (vs. Patriots): The starting quarterback role for the Miami Dolphins in Week 17 is still very much up in the air, but all the signs are pointing towards Bridgewater getting the nod. He’s only had a few starts this season but was pretty decent in both games. The New England defense will be a tough matchup, but Miami has plenty of offensive weapons for Bridgewater to turn to. Keep an eye on whether Bridgewater gets the start, or if his teammate is deemed healthy enough to keep the starting role in Miami.

Running Back “Sleeper” Picks: The Buffalo Bills punched their ticket to the playoffs a few years back, and I predicted they would begin to let their starters rest in the final weeks of the season. The Bills’ starters seeing the field less often meant someone like James Cook (17.8 points) would get to see the field at a higher clip. This ended up being the case in Week 16, and he flourished in his expanded role. Cook will continue to receive more playing time than other guys on the Bills, so keep him in your lineups. Zack Moss (8 points) is a similar case to Cook with his team letting starters rest as the season comes to an end. However Moss’ team, the Colts, are far less talented compared to the Bills, and they don’t find the endzone as often as the Bills. Cook was able to rack up the fantasy points because he had scoring opportunities, but Moss and the Colts couldn’t move the ball down the field. The Colts gave Moss the ball plenty of times, but it often led to nothing. It’s encouraging to see the Colts rely on Moss so heavily, but if they aren’t going to score he’s basically useless.

Tyler Allgeier (vs. Cardinals): Allgeier was a “sleeper” pick of mine several weeks ago, but he’s been inconsistent all season. This led to a lot of fantasy managers dropping him and Allgeier now being available in 60% of leagues. The past two weeks have been far more consistent for Allgeier, and he’s ran for over 200 yards during those games. The quarterback situation in Atlanta has been all over the place, which has opened the door for Allgeier to dominate the offensive touches.

Rachaad White (vs. Panthers): During the Buccaneers bye week, I chose White as a “sleeper” because his veteran quarterback Tom Brady seemed to turn to him at a high rate. Since it was his team’s bye week, White slipped under the radar but has continued to play well alongside Brady. When a star quarterback like Brady trusts a young player like White, that is a great sign and means White should be in your lineup. He’s only available in a third of fantasy leagues, but if you can still pick him up, the young running back has tons of upside and should be in your lineup.

Wide Receiver “Sleeper” Picks: Weeks 13 and 15 were high scoring performances for rookie Jahan Dotson (19.6 points), and Week 16 followed this trend. Dotson has been on a tear recently, and his elite play has shown no signs of stopping. Week 16 was the third straight game with a touchdown for Dotson, and he has led the team in targets over this stretch. Three straight weeks of dominance from the rookie has me all-in on the receiver, and I firmly believe he should be in your lineup as the season wraps up. After being targeted a whopping eight times in Week 15, the Raiders’ young receiver Mack Hollins (1.7 points) was only thrown to twice in Week 16. The circumstances were far different, with Week 15’s game being played in an indoor stadium and Week 16 being played in the frozen tundra of Pittsburgh. When it’s freezing and there’s snow on the ground, teams tend to turn to their running backs and abandon the passing game. The poor weather hurt all the Raiders’ receivers — not just Hollins — and he didn’t get too much playing time. Look for Hollins to rebound as the Raiders return home to play the 49ers in better conditions.

Darius Slayton (vs. Colts): There haven’t been many receivers on the Giants that have stayed healthy throughout the season so New York’s most consistent receiver has become Slayton. The unlikely hero is the beneficiary of Sterling Shepard tearing his ACL and Kadarius Toney being traded. The competition Slayton had with these players for playing time has disappeared since they’ve left the picture. Being the lone wolf in New York has resulted in Slayton topping 60 receiving yards in seven of his last 11 games. Slayton has an easy matchup against the Colts and will likely continue to shine.

Greg Dortch (vs. Falcons): Dortch is another example of teammates succumbing to injuries and freeing up space on the field. Zach Ertz, Rondale Moore and Hollywood Brown have battled with injuries all season, and Dortch has stepped up to the challenge of replacing them. His star teammate DeAndre Hopkins dominates a lot of the touches on offense, but we saw in Week 16 how often the Cardinals are willing to turn to Dortch. He was active in both the passing and run game, leading Dortch to scoring 22.3 fantasy points. Don’t expect another 20 or more point performance from the “sleeper” receiver, but he’s definitely an asset as the season comes to an end. ESPN projects Dortch to score around 10 points in Week 17, and he’s available in 97% of leagues heading into the championship rounds.

You may think your roster is stacked with loads of talent heading into these last two weeks of the season, but keep in mind that it is common for the league’s best players to ride the bench as they rest up for playoffs. Star players aren’t going to risk an injury if their team has secured a spot in the playoffs, and this means you could be heading into the final round of the fantasy football championship with an incomplete roster. Paying attention to the waivers has become more important than it ever has been, and there are plenty of “sleepers” out there to replace guys planning on sitting out. These next few weeks will be unpredictable, so be ready for anything and that all starts with the waivers.