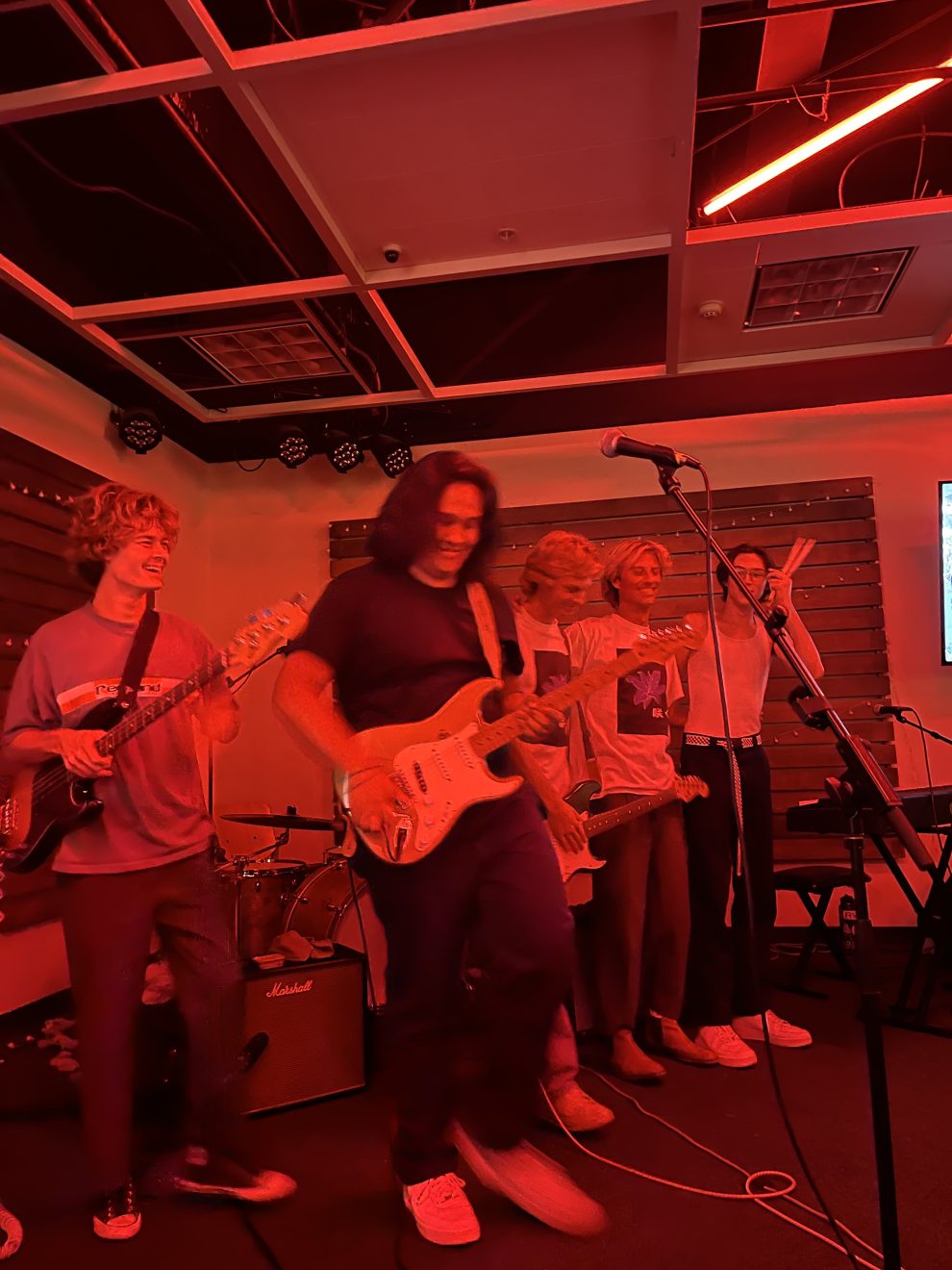 There’s something special about watching a community come together and bond over a shared love. Whether that love be of music or surfing, the premiere of the surf film “Bloom” was one of those special moments. “Bloom” is an eight minute surf film that featured Noah Kawaguchi, a second year business major at Point Loma Nazarene University, surfing out of his mind on some south shore Oahu slabs. The film was shot and edited by Cam Winkelman, a second year business major from El Cajon.

The duo had a chance to get some amazing footage when Winkelman flew out to Oahu during the Code Red II Swell in July 2022. There wasn’t a clear plan in mind to make a movie that summer, but regardless they came up with “Bloom” which premiered in the ARC Nov. 17, 2022, nearly four months after the footage was shot.

I had the chance to speak with Kawaguchi and Winkelman before the movie premiered and from that point on I knew Nov. 17 was going to be a special night. As I walked into the ARC that night the energy was already high. Chatter of surf stories and anticipation filled the buzzing room as a band of PLNU students got ready to play their set of Grateful Dead songs.

A few minutes after I had walked in, the band kicked off. It was led by former PLNU student Dorian Tamarra on lead guitar and vocals, who helped excite an already energized crowd. The band was pulled together just weeks before the premiere. A crowd formed below the stage as they swayed to the Dead’s mellowed out psychedelic music. I bobbed my head up and down and felt like a dead-head in the 70s watching a Jerry Garcia-esque Tamarra belt out Grateful Dead songs.

The rowdy group of surfers and musicians eventually wound down as did the music and a smiley Kawaguchi got the chance to say thank yous and present his and Winkelman’s film “Bloom.”

After much anticipation the crowded room got the chance to watch the film. It was extremely cinematic, beginning with shots of Kawaguchi deep in a south shore Oahu tube. Kawaguchi’s effortless surfing paired remarkably well with Winkelman’s cinematic approach to filmmaking.

The rambunctious crowd of sun bleached haired college kids howled whenever Kawaguchi would launch an air or smack the lip of a wave. The film on its own was enough to exhilarate the crowd but the atmosphere of the premiere event was what made this night truly special.

Being in a packed room with people of the same age and interests as myself is something I only have experienced in college. Everyone was present simply to enjoy clips of their friend surfing.

Surfing has consistently brought communities of people together throughout its history. Surfing in itself is an addictive drug and for the most part is a very individualistic and personal chase. However, it has the miraculous power to bring people together.

That’s what makes the idea of a surf film so special. The premiere of “Bloom” was no exception. The stoke remained long after the show ended, with many sticking around to congratulate Kawaguchi and Winkelman on the film until the ARC closed. The success of the premiere clearly illustrates the beautiful bond of the surfing community especially here at PLNU.