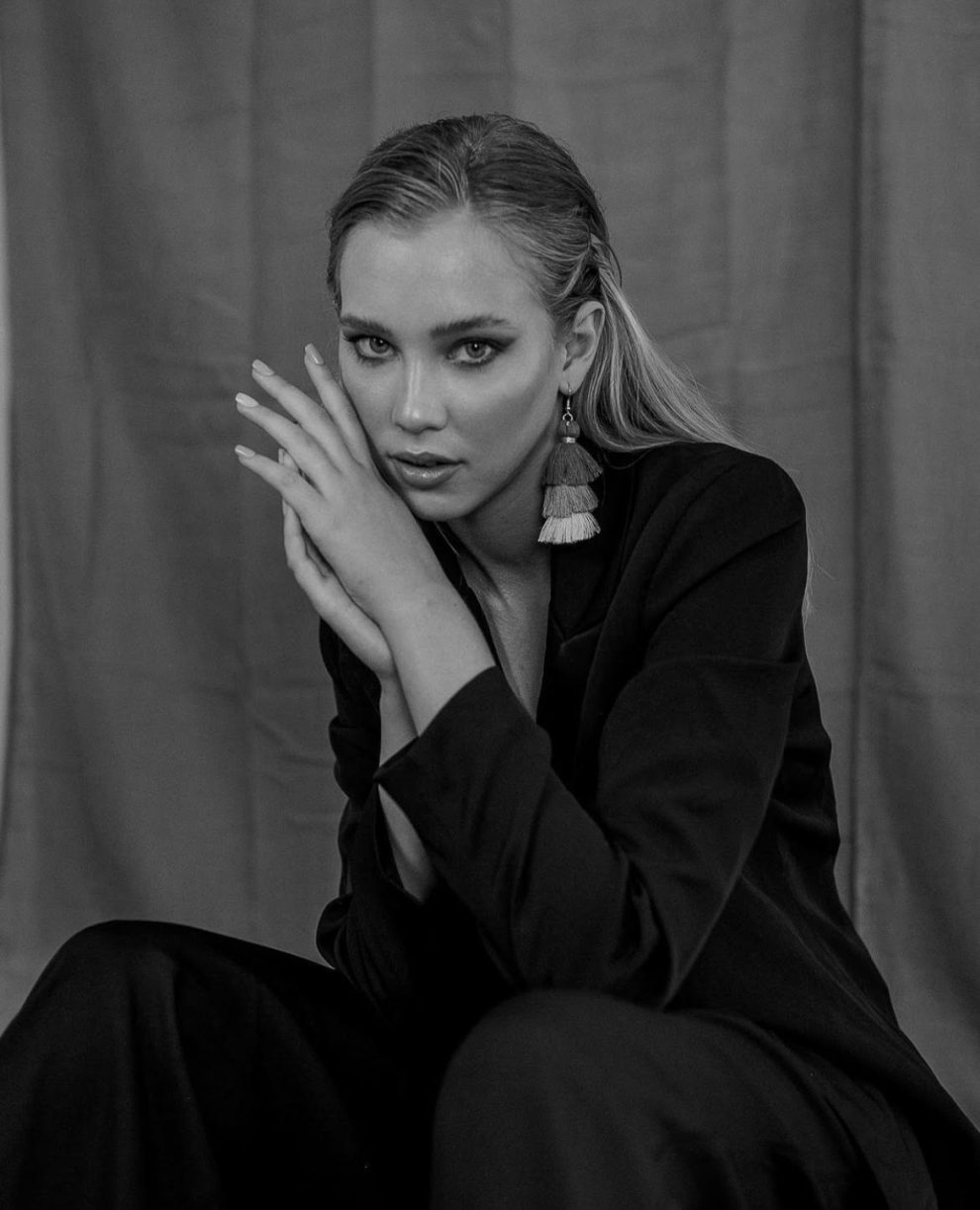 Fashion has always been a passion for 20-year-old Kaiya Miller. Growing up with an older sister and a mom who had Vogue posters hanging in her childhood room, Miller’s family instilled her interest in clothing from a young age. Yet, she never imagined herself walking the runways of San Diego Fashion Week, or traveling to New York, London, Los Angeles and Mexico to work with different modeling agencies; until a haircut sparked it all.

“In eighth grade, I cut my hair super short into a pixie cut. After that, people in the street started asking me if I was a model,” said Miller. “My mom asked me if I wanted to do it, because that was her dream growing up. I was such a shy kid back then and didn’t know what it meant, barely knew what a model was and what it entailed, just knew it was pictures, so I was like sure, why not?”

From there, Miller began working with a photographer who got her involved with San Diego Fashion Week, an event that focuses on up-and-coming brands and models. Miller was then able to expand her connections with various brands through the event and was eventually discovered by a San Diego agency through Instagram, where she did much of her modeling work early on in her career.

No longer the shy pixie cut sporting kid she once was, Miller stands at 5’11,” with long blonde hair, and a confident stride one would see on the runways, which have become much more commonplace in her later career. After signing with Divide Management, a mother agency in charge of managing her career, Miller’s list of signed agencies has expanded outside of the country.

Last summer, she lived and worked in Mexico for two months, and is currently working in London for a five-week period. Due to her busy work schedule, Miller is currently taking off the fall semester of what would be her third year as a Point Loma Nazarene University student. She plans to return in the spring as a full-time student, while simultaneously managing her modeling career.

Her involvement in the industry has not strayed her away from the dominant influence on her style – her love for slow fashion. In order for a brand to be considered slow fashion, they must be mindful of their supply chain and produce their clothing in a way that upholds the environment, laborers and animals. This process results in the slower distribution of clothing due to the increased time spent on design and production.

Thrift stores have recently become a deterrent from the fast fashion industry due to the trend of vintage clothes emerging. However, secondhand apparel stores have been Miller’s primary source of clothing, long before they were popular.

“I’ve always been thrifting, Goodwill was a normal place for me growing up before it was super trendy. It was an economic reason more than anything else, I didn’t know anything about sustainability growing up,” said Miller.

That was until a talk in her middle school Sunday school shifted her focus. Christian stewardship was the topic, the 2013 Rana Plaza factory collapse was the discussion. In Dhaka, Bangladesh, 1,134 garment factory workers were killed following the collapse of the eight-story building. The owners of the factory were made aware of the unsafe working conditions after large cracks were discovered in the construction just a day before the incident. Despite this, the employees were ordered to work in order to stay on track with production demands. J.C. Penny, Primark, and Walmart are just a few of the companies involved in the incident; all of which are fast fashion clothing chains.

“That incident was how I first heard about fast fashion. I started looking into it, and I realized it was a whole problem,” said Miller. “Since high school, I’ve been getting deeper and deeper into learning about slow fashion.”

Working in the fashion industry, it’s common for models to dress in the latest trends and don brand name clothing, yet Miller incorporates her love for slow fashion into her everyday style.

“It’s contributed to how unique I like to be, I don’t care that I’m not wearing brands. I don’t settle on a certain style, a lot of it depends on where I am; when I’m in San Diego, my style is a lot different than it is in New York,” said Miller.

In 2020, the fast fashion market was valued at around $68,634.9 million and is expected to increase to $163,468.5 million by 2025. The expected growth in its prevalence is attributed to the rise in trend culture, social media, sportswear and low production costs. The emphasis on this market makes it difficult for Miller to avoid fast fashion in her work life.

“For my modeling career, they do have a say in what I wear a lot of the time. I have the things that I want to wear, and then the things that I need to wear,” said Miller. “I’ve had people ask me before how I can be modeling for these brands if I don’t believe in what they are doing. It’s a disconnect, just because I’m modeling for them doesn’t mean I align with what they are working for.”

In an industry that is centered around the fast-paced shopping habits of consumers, with the average American buying a new piece of clothing every five days, slow fashion fails to keep up with the constantly emerging fashion trends. Rather, these pieces focus on trendless designs and quality clothing.

Miller believes the fashion industry will take greater steps toward embracing slow fashion when consumers step away from a reliance on trends.

“It’s important to take a step back and be like ‘yeah I like this right now, but it’s not going to be forever.’ Focusing on your own personal style and not worrying about how you are keeping up with trends helps a ton,” said Miller.

Additionally, with the desire to shop sustainably, one must be able to differentiate authentic slow fashion clothing from deceptive claims.

“I don’t think people realize that unless a brand says they are 100 percent sustainable, provides their supply chain and evidence, it’s fast fashion. To be fully sustainable is really hard and brands are proud of that and make it a selling point,” said Miller.

H&M’s “Conscious Collection” is a recent example of a company that fell under scrutiny for failure to provide adequate proof. The brand claimed to produce various sustainable clothing pieces, yet did not include any specific information on their sourcing and manufacturing in the product description. The Norwegian Consumer Authority was quick to call out the company for their misleading claims after failing to make the product’s details easily accessible to their consumers.

With the accountability and strict standards that go into producing and shopping sustainably, it can act as a deterrent for those curious about the slow fashion industry.

“People think it’s so hard and that’s not the point, you don’t have to be fully sustainable, you can be both,” said Miller.

Miller’s modeling career serves as a stepping-stone for her future plans. With plans to return to PLNU as a graphic design major, she hopes to take a more artistic route in the fashion world.

“I’d love to work for and develop sustainable brands and help people become more aware of a better and more ethical way of living and saving our planet,” said Miller.