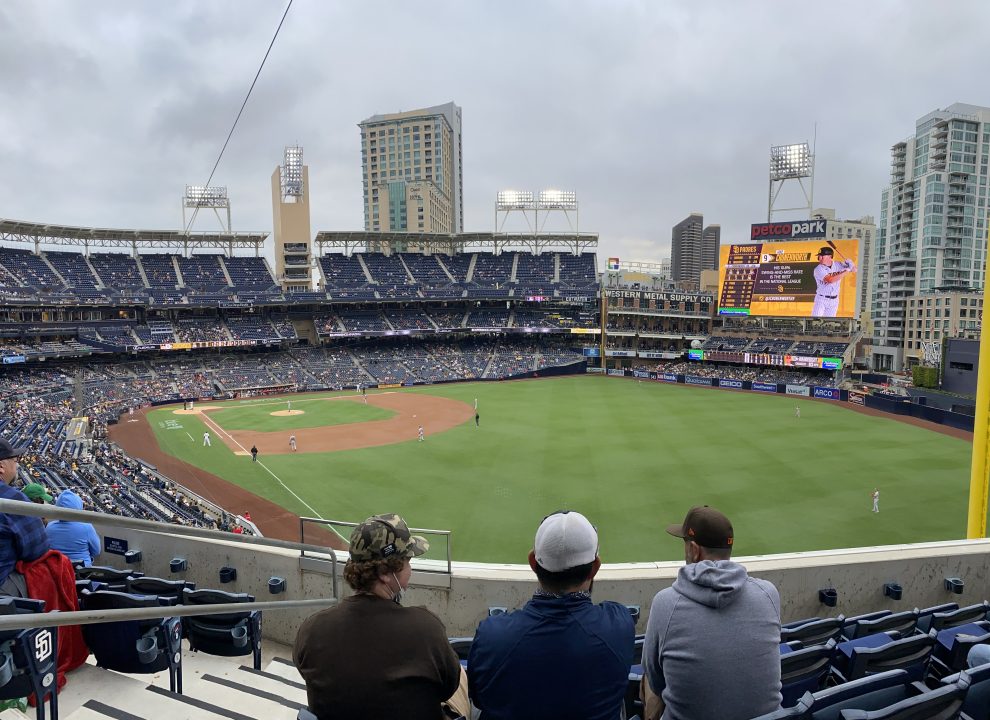 “It was absolutely electric,” said Ben Brandon, who attended Game Four of the NLDS between the San Diego Padres and the Los Angeles Dodgers. “People were jumping up and down, hugging everyone around them because we knew we had just won.”

After losing every regular season series against the Dodgers, the Padres won the series that counted for the most. San Diego Padres fans flooded the streets surrounding Petco Park to celebrate their team’s biggest win against their biggest rival.

The Padres and Dodgers have been in the same division and region for more than 50 years. For most of these years, the two teams were hardly on each other’s radars because they were never good at the same time.

During a game on April 11, 2013, a fight broke out between the clubs. It is hailed as the “most memorable benches-clearing incident between the two franchises” by AJ Cassavell, the Padres beat reporter for MLB.com. Pitchers on both teams were taking jabs at the other team’s batters throughout the game, throwing pitches that tailed inside. Dodger pitcher Zack Greinke threw one that tailed too far inside and hit Padre slugger Carlos Quentin in the shoulder. With tensions high all game, Quentin had had enough. He charged the mound and rammed his shoulder into Greinke. Greinke’s collarbone broke on impact. Soon every player was on the field defending their team.

Fast forward to June 30, 2017, to another bench-clearing event. Dodger pitcher Alex Wood had a heated exchange with Padre player Jose Pirela, accusing him of relaying signs to the batter from second base. The umpires gave both teams a warning and called the managers out to discuss the issue. Padre manager Andy Green and Dodger manager Dave Roberts got in each other’s faces, then Roberts shoved Green. The benches cleared and the managers were ejected from the game.

The last time the two clubs faced each other in the NLDS was in 2020. According to Cassavell, Game Two of that series is “arguably the most dramatic game played in the rivalry’s history.” In the seventh inning, Padre star Fernando Tatis Jr. hit a high fly ball to center field. Dodger center fielder Cody Bellinger tracked the ball to the fence, jumped and caught what would have been the go-ahead home run ball right above the yellow line designating the end of the field of play. Dodger pitcher Brusdar Graterol tossed his hat and glove in celebration causing Padre third baseman Manny Machado to chirp at him; Graterol blew him a kiss in return. As tensions rose, other players got involved and started barking at each other.

From then on, tensions between the teams have remained high. There have been more benches-clearing incidents, home run robberies, game-saving catches, passion-filled bat flips and chirping from both sides. Not to mention the off-the-field drama of each team trying to outdo the other in player acquisitions and trades.

However, the people on the teams’ payrolls are not the only ones that fuel this rivalry. The fans play a part as well. While the players are getting into each other’s faces on the field, fans are at each other’s throats in the stands. It is not uncommon for fans to get into fights during baseball games, especially during rivalry games; however, Googling “fans fight at baseball games” displays a page with the top three results having happened at Padres games, two of which occurred at Padres-Dodgers games.

“If we manage to make it to the World Series, I think I’ll just absolutely not eat so I can throw my entire paycheck for a ticket,” said Gomez.

During the 2022 NLDS series, some Dodger fans got caught up in the Padre fans’ passion and started switching teams. Videos shared on social media show Dodger fans putting on Padres jerseys and shopping for Padres merchandise at their team store.

“They’re all bandwagons,” said Gomez, “but if you’re switching over, then next season you better be a Padres fan.”

A Dodgers fan putting on a Padres jersey over his Dodgers shirt amid the game showdown. Video from Instagram courtesy of Casey Gardner (@uppercaseyletters).