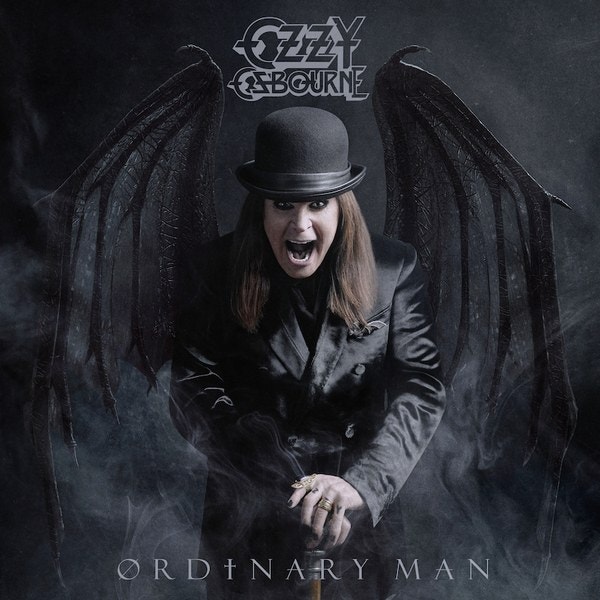 Ozzy Osbourne, the 71-year-old “Prince of Darkness” still ROCKS. I was apprehensive to listen to his newest album “Ordinary Man” but it blew me away with its energetic sound, emotionally driven lyrics and by being rock ‘n’ roll through and through. I mean this album is SO FUN. Joined by Chad Smith of the Red Hot Chili Peppers and “Duff” McKagan of Guns and Roses on drums and bass respectively, the team has this raw chemistry radiating on every track of the album from start to finish.

The album also features Post Malone and Elton John; unexpected guests for an Ozzy album. The artists all work together so well due to their fusion of styles from RHCP and Guns and Roses, forming this creative energy that explodes on the tracks. This album is a departure from the musician’s placid albums like “Black Rain” and “Scream” that lacked creative energy. “Ordinary Man” delivers this pure rock sound reminiscent of the music he made 40 years ago. “Ordinary Man” sounds like Ozzy’s 1980 album “Blizzard of Ozz” and the “Black Sabbath” album had a mutated, heavy- glam rock baby that marinated in a bucket of satanic bibles and Adderall.

The two opening tracks “Straight to Hell” and “All My Life” sound like they could have been singles off of “Blizzard of Ozz” with their strong lead guitar riffs twinged with an 80s shine accompanied by Chad Smith smashing his drums like there’s no tomorrow. Contrarily, the single “Ordinary Man” featuring Elton John, has this piano and lyrical combination that resembles the hopelessly depressing lyrics of a Black Sabbath song supported by Elton’s characteristically soft piano playing. The contrast in musical style retains an aesthetic consistency that adapts and shifts over different types of songs. The styles of all the musicians coagulate so organically.

His adaptability to modern music really culminates on the track “It’s A Raid” with Post Malone. This profane, fast-paced song is an even matching of Ozzy and Post Malone screaming expletives while the band plays with an intense ferocity clocking in at 240 beats per minute. It climaxes with Ozzy screaming into the mic to this point of distortion. How much more metal can you get?

This album is fresh off the news that Ozzy Osbourne has quit touring due to a serious neck injury from falling in his home and his development of Parkinson’s disease. In a “Ask Me Anything” style interview on Reddit, Ozzy stated that due to not being able to tour he can commit himself entirely to making new music and songwriting. The musician even stated that he’s already working on a sequel album.

The Prince of Darkness has been easy to forget in the last decade with a streak of mediocre studio albums like “Scream” and “Black Rain” and a legacy overshadowed by his family’s reality TV lifestyles. At the core of their celebrity is a man who has proved himself for years as an excellent songwriter, a hardcore artist, and an icon of rock ‘n’ roll. If his next album is anything like this one, it makes me that much sadder that he has quit touring. I hope he continues to have as much fun as this album sounds.