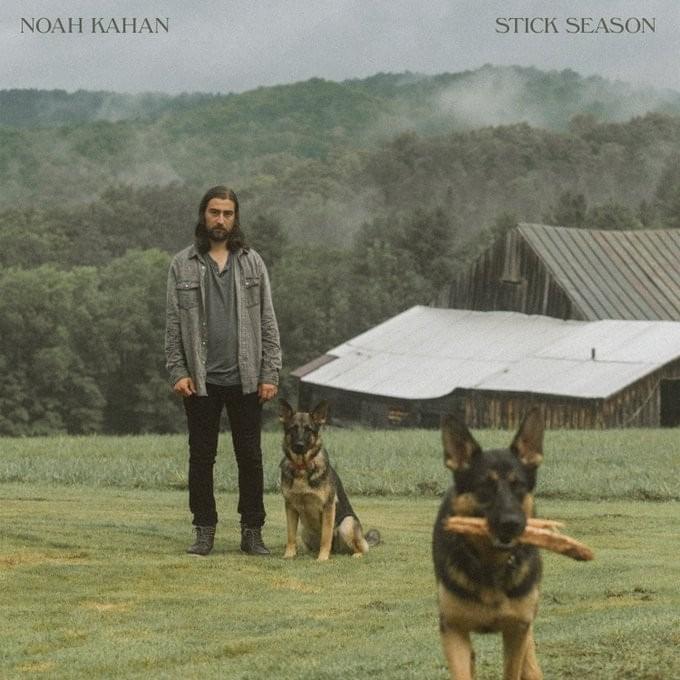 It’s the season of the sticks and it has been since Noah Kahan, Vermont-born folk-infused pop artist, released his third album, “Stick Season.”

Kahan began his music career with the release of his first single “Young Blood” in 2017, which quickly racked up 9 million streams.

In an interview with reporter Jerry Nunn, he cited Paul Simon, Cat Stevens, Counting Crows and Hozier as inspirations to his music style.

“Stick Season” is a profoundly nostalgic and introspective collection of songs about transition and loss. Kahan sings about all the things he’s left behind – his hometown, his childhood, his past relationships and his past self – all within the context of small town life in New England.

In an interview with Insider, Kahan described “Stick Season” as “the time between peak foliage and Halloween and the first snow — when all the leaves are off the trees. It’s a time of transition.”

His album carefully encapsulates this theme into 14 songs.

In the first track of the album, “Northern Attitude,” Kahan dissects the challenges of growing up in the isolated environment of a small town in New England. With allusions to Mumford & Sons in its harmonies, instrument choice and powerful foot-stomping chorus, “Northern Attitude” depicts a hardened and lonely heart as the season of winter. Throughout the song, Kahan explores his insecurities and fear of failure and its ability to control his life through his relationships. Kahan comes to self-awareness of his hardened heart when he sings, “Forgive my northern attitude / Oh, I was raised out in the cold.”

In the album’s title-track, “Stick Season,” which was released in July, three months before the album’s release, Kahan struggles with change and the feeling of being left behind. He laments the loss of a past-love as fond memories have been replaced with pain.

“’cause your voice trailed off exactly as you passed my exit sign / Kept on driving straight and left our future to the right,” sings Kahan.

Kahan ends the chorus with a line of utter acceptance of his brokenheartedness. “Now you’re tire tracks and one pair of shoes / And I’m split in half, but that’ll have to do.”

In his song “Homesick,” Kahan portrays the simultaneous feelings of comfort and sickness of one’s own home.

“I would leave if only I could find a reason / I’m mean because I grew up in New England,” sings Kahan.

He uses ‘homesick’ as a play on words to simultaneously describe the readiness to leave his hometown and the longing to return after he did move away.

Throughout the entirety of the album, Kahan laments the loss of his childhood, his past loves and his past self. He conveys the struggles of heartbreak, addiction, mental health and emotional intimacy. He grapples with both resentment and distance as well as love and longing.

“Stick Season” offers valuable insight into the challenges of leaving behind and moving on. Kahan’s vulnerability can create a sense of relatability and reassurance within many listeners as they feel that they are not alone.

Noah Kahan is bringing “Stick Season” to San Diego on Nov. 20. He is scheduled to perform at The Observatory in North Park with another East Coast folk-infused pop artist – Adam Melchor.