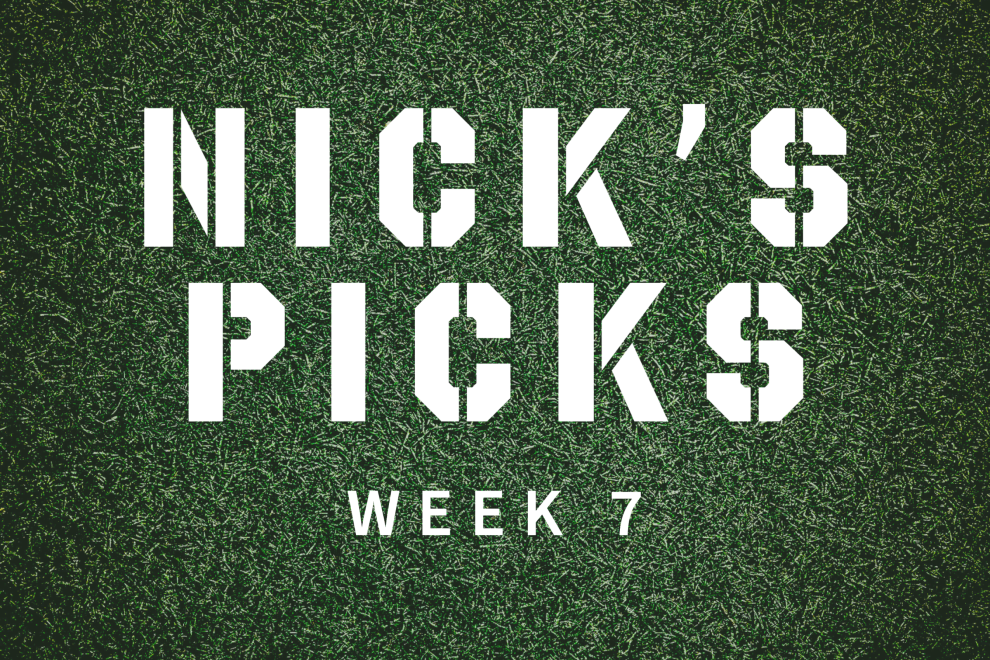 In Week 6, bye weeks were implemented into fantasy football. Losing players to a bye week is inconvenient and makes your team more susceptible to taking a loss. However, the teams who were on a bye in Week 6 are all mediocre, which leads to their players also being below average. This week the Eagles, Rams, Bills, and Vikings are on a bye and these teams are anything but lackluster. Players on these four teams are familiar faces in the fantasy football world, and losing them in Week 7 makes things complicated. In this week’s article I’ll be going over “sleeper” picks that can replace star players like Jalen Hurts, Josh Allen, and Stefon Diggs who all have the week off.

The Bears’ offense remained subpar in Week 6, but Justin Fields (18.4 points) saw an increase in production. The hope was that facing Washington’s weak defense would allow Fields to gain some confidence and find the end zone. He only threw for one touchdown, but Fields took advantage of his poor opponent and ran for 88 yards. His season high in rushing yards made up for his inability to score, and resulted in him posting his most fantasy points of the year. Jimmy Garopollo (16.94 points) threw for multiple touchdowns for the second week in a row, but he turned the ball over twice and those turnovers marred his performance. Despite the two interceptions Garopollo threw for, he is gradually gaining more confidence after beginning the season on the 49er’s bench. He’s got a tough matchup in Week 7, but look for him to continue to succeed in future weeks.

Taylor Heinicke (vs. Packers): Heinicke was Washington’s hero just a few seasons ago when he came off the bench to play in his first playoff game. Heinicke has struggled to remain in the lineup since, and the presence of Carson Wentz has kept Heinicke from getting any playing time this season. Wentz fractured his ring finger in Week 6, and the starting quarterback role is Heinicke’s to lose now. He’s a mobile quarterback who has given fans glimpses of his potential in past seasons. If you are in need of a quarterback, Heinicke is available in 99.9% of ESPN fantasy football leagues.

Daniel Jones (vs. Jaguars): The 5-1 New York Giants have taken the NFL by storm, and it’s safe to say not many football experts could have seen this coming. Over the past few years, the Giants had been considered a below average team that always fell short of their potential. New York’s mediocrity mainly stemmed from their quarterback Daniel Jones underperforming. Jones has been significantly better this year, and his improved play has made the whole team better. Not many football fans have realized how much Jones has positively changed, so he’s still available in 70% of leagues. Jones and the Giants have thrived in 2022, and I don’t see that changing. He could be a solid option at quarterback if you are in need of someone new.

Both running backs for Week 6’s “sleepers” were guys filling in for their injured teammates. Kenneth Walker III (19 points) had the more secure lead running back role heading into Week 6 and it showed. Walker III had over 20 touches and found the end zone in a very productive game. Keep in mind that his teammate, Rashaad Penny, is out for the season, so expect many more performances like this from Walker III. Eno Benjamin (9.5 points) saw plenty of playing time just like Walker III, but he just wasn’t as efficient. He didn’t score and couldn’t get much going when the ball was in his hands. It was encouraging to see the Cardinals turn to him as frequently as they did, and if Benjamin’s teammates remain injured, he could be in line for a higher scoring game in Week 7.

Brian Robinson (vs. Packers): Robinson’s journey leading up to his NFL debut has made him anything but a “sleeper.” The rookie running back was shot in an armed robbery just weeks before the NFL season was supposed to begin, and surgery on his leg kept him sidelined for the first four weeks of the season. He has quickly become a fan favorite due to his quick recovery, but that hasn’t influenced fantasy managers into picking Robinson up for their teams. He’s still available in 50% of leagues, and Washington considers him their top running back. I think Robinson will only get better as the season progresses, and he becomes accustomed to Washington’s offensive scheme.

Mike Boone (vs. Jets): This is a “sleeper” I am not too high on, but when I was looking through waivers, there weren’t many other options. To be brutally honest, I had never heard of Mike Boone before the Broncos’ game on Monday Night Football. Denver is having a strange year where no one is meeting expectations, and their starters are dropping like flies due to injuries. It seemed as if Melvin Gordon would dominate the touches in Denver after the starting running back for the Broncos was ruled out for the year, but Gordon apparently wants to be traded. Boone is the next guy up, and he’s available in two-thirds of leagues. I’d grab him in case he’s Denver’s only option at running back heading into Week 7.

In Week 6 I predicted that if Justin Fields had a solid game, his top wide receiver Darnell Mooney (13.8 points) would too. Mooney’s early season woes were mostly stemming from Fields’ inability to complete passes. Both young players improved in Week 6, and should continue to thrive together. After a monstrous performance of 34.08 points in Week 5, Taysom Hill (4.54 points) came back down to earth in Week 6. His breakout game in Week 5 was thanks to starting running back Alvin Kamara being injured. The Saints had no other offensive options to go to, so Hill saw all the action. Week 6 was more realistic, but if Kamara was to ever get injured again, it may be worth starting Hill in hopes of another huge game.

Michael Gallup (vs. Lions): There are plenty of things moving in the right direction for Gallup. Returning from an ACL injury, Gallup has had a slow start to his season which began in Week 4 when he was finally cleared to play. In Week 6 though, he was targeted seven times which is his season high. With Dallas’ starting quarterback returning in Week 7, Gallup will only receive more action. We’ve seen what a healthy Gallup is capable of, and as he continues to regain trust in his knees, he will only produce more fantasy points.

Alec Pierce (vs. Titans): A sure sign of an up and coming player is someone who can produce while not getting a whole lot of playing time. Pierce fits this description perfectly. The young receiver has performed well in three straight weeks while not being on the field much. This could mean two things— either this is all a fluke and Pierce will eventually stop producing solid fantasy points, or he will start seeing more action and his production will continue to rise. My bet is the latter option happens and Pierce becomes a familiar face in the Colts’ offense. I’d say one more good week from Pierce and he’d be worth starting at your flex position.

Week 7 is going to be a grind for the majority of fantasy managers. Personally, I will be without Dalvin Cook, Stefon Diggs, and AJ Brown this week. Other managers will be losing other star players, and this is all because a number of elite teams happened to be on a bye the same week. Hopefully this week’s Fantasy Football Advice can help you through this difficult week. I’m sure it’s becoming more and more clear, but each week will have its own unique challenges. Continue to pay attention to the waivers and be ready to pick up “sleepers” at any moment, that way those weekly challenges aren’t as troublesome.