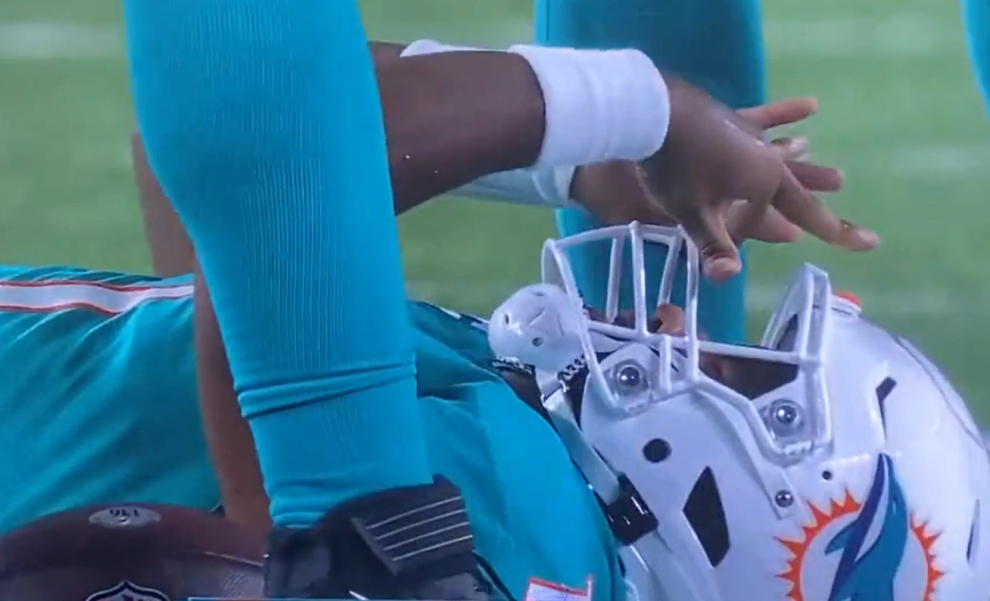 For contact sports such as football, lacrosse and basketball, concussions are common. University of Pittsburgh Medical Center (UPMC) reported “between 1.7 and 3 million sports- and recreation-related concussions happen each year. Around 300,000 of those are from football. 5 in 10 concussions go unreported or undetected.” However, the fact that these injuries are common should not diminish the importance of proper treatment that airs on the side of caution.

When Miami Dolphins quarterback Tua Tagovailoa suffered a blow to the head on Sept. 25 in a game against the Buffalo Bills, he was evaluated for a concussion. Though his teammates reported him looking dazed and shaken up, he was quickly cleared and returned to the field to finish the game.

Tagovailoa was hit again by a Cincinnati Bengals defensive lineman less than a week later. He was down for over seven minutes. During that time, Tagovailoa exhibited what is known by neurologists as a “fencing response.” His arms grew rigid, and he was holding his hands up to his face with his fingers curled inward. This response is commonly associated with traumatic brain injuries.

Soon after, he was taken to the hospital and diagnosed with a concussion. Since then, NFL protocol has come into question, as many are saying he wasn’t properly evaluated after the initial hit and should not have been cleared to return to play so quickly. The unaffiliated neurotrauma consultant that cleared Tagovailoa during the game on Sept. 25 has been fired after it was discovered that he made several mistakes during the evaluation process.

Cameron Sherwood, a fourth-year kinesiology major, shared his experience with concussions during his time as a student-athlete.

“I experienced two concussions during high school, one playing football and one playing baseball,” Sherwood said. “I had to go through some concussion protocol, but I returned to play as soon as possible because I didn’t want to miss playing time because my team needed me.”

This is a common reason why an athlete’s injury protocol would be rushed. Tagovailoa is the starting quarterback for the Dolphins, so his role is not easily filled. Sherwood also explained that his school cleared him quickly mostly because he felt physically fine and didn’t have any memory loss.

“I feel like more research has come out on concussions since I’ve been in high school, and we are talking about these injuries a lot more,” said Sherwood.

“No student-athlete is allowed to return to play without clearance from a PLNU team physician after having gone through a stepwise progression for activity and return to the classroom,” said Baker.

Additionally, all student-athletes are tested at the beginning of the season for concussion symptoms and must be cleared to be able to compete. All of these procedures are in compliance with NCAA rules, meaning all other NCAA schools should abide by them as well.

Tagovailoa is now in recovery, and a return to play date is unknown. The autopsies of many late football players over the years have revealed degenerative brain diseases as a result of recurring brain injuries. Some are saying this is due to the way concussions are mishandled in the NFL. Tagovailoa’s case is just one of many, and the NFL’s protocols could see change moving forward.