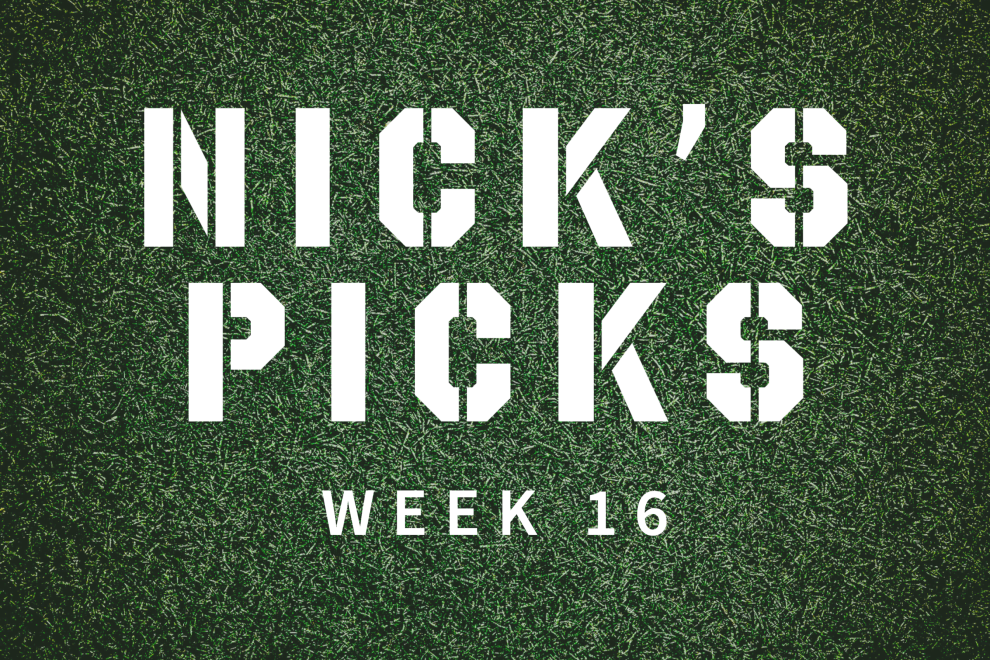 Most Fantasy Football Leagues playoffs have begun, and we just completed the first week of the semifinals. This two-week matchup will decide who plays in the championship that also lasts two weeks. Whether you are currently beating your opponent or losing heading into Week 16, it’s imperative that you stay on top of the waivers. There are plenty of “sleepers” on the waivers that could boost your roster in order to propel you into the championship or help you mount a comeback to make it through these semifinals. With no teams on a bye, there are going to be multiple players at each position eligible of being a “sleeper.”

Quarterback “Sleeper” Picks: In Week 15, I predicted Jacksonville’s matchup against Dallas would be Trevor Lawrence’s (26.82) last game as a “sleeper.” He put up five solid performances in a row heading into Week 15, and his game against the Cowboys kept the streak going. He torched Dallas’ defense, and turned in his second best performance of the season. The final three weeks for Lawrence have him up against favorable matchups, and he needs to be in your lineup the remainder of the season. A heroic performance in Week 14 wasn’t enough to keep Baker Mayfield (6.54 points) and the Rams in the win column during Week 15. Mayfield had his way with the Raiders in Week 14, but the Packers dominated Mayfield in Week 15. It was a struggle all game for the Rams to move the ball down the field, and Mayfield’s poor play is the main reason. The Rams’ offense is weak right now, and Mayfield showed he won’t be able to play the hero all the time.

Gardner Minshew (vs. Cowboys): The return of Gardner Minshew is finally upon us with Minshew’s star teammate Jalen Hurts out for the season with a shoulder injury. The Eagles clinched their playoff spot in Week 15 and are choosing to play it safe by benching their MVP-caliber quarterback, Hurts, for the rest of the year. Minshew will have an opportunity to get on the field in the final three weeks while Hurts recovers from a shoulder injury. He played in two games last year, and was surprisingly good so look for more of that from the young quarterback.

Jared Goff (vs. Panthers): The Lions are playing some of the best football in the league right now, and team success often starts with a competent quarterback. The Lions are following that pattern since their quarterback, Jared Goff, has been excellent of recent. He hasn’t thrown an interception since Week 9, and is finding the endzone with ease. He has a favorable matchup in Week 16 when the Lions face the Panthers, so look for another solid performance out of Goff.

Running Back “Sleeper” Picks: The injury bug in New England slightly wore off in Week 15, with one of the two star running backs returning for the Patriots. Damien Harris remained sidelined, but Rhamondre Stevenson returned to action against the Raiders. Stevenson’s return meant Pierre Strong Jr. (6.7 points) didn’t get as much playing time. He was heavily used in Week 14 with Stevenson and Harris both on the bench, but if either of those players is active Strong won’t have much fantasy value. While one of my “sleeper” picks at running back lost playing time, the other player found himself on the field more frequently. J.K. Dobbins (13.8 points) followed up an impressive Week 14 game with another great game in Week 15. He is coming back from some brutal injuries, but it is evident Dobbins is nearing 100%. He ran for 125 yards but wasn’t able to find the endzone which will likely change in these upcoming games.

James Cook (vs. Bears): The Buffalo Bills are guaranteed a spot in the playoffs this year, and this means their bench players are going to see more playing time while their stars take a breather. Cook is one of those young players that will see an expanded role in the upcoming weeks. His role has already started growing, as he caught a touchdown pass and ran for 34 yards in Week 15. The Bills have an easy matchup in their meeting with Chicago, and Cook will likely see the field more than usual. He is available in 53% of ESPN Fantasy Football leagues, and managers will soon realize how valuable Cook is.

Zack Moss (vs. Chargers): The Colts’ star running back Jonathon Taylor has been in and out of injury all year, and the Colts have struggled to find an effective replacement for Taylor. However, in Week 15 Indianapolis turned to Moss throughout the game. Moss was splitting touches with teammate Deon Jackson, but it was clear Moss was the better running back. NFL experts and insiders are leaning towards Moss being the lead back for the Colts, and he has the potential to become a valuable fantasy option during these crucial weeks of playoffs.

Wide Receiver “Sleeper” Picks: The Week 14 upset that the Rams pulled off was mainly due to the impressive play from Baker Mayfield and Van Jefferson (5.2 points). Their performances were the reason I chose each player as a “sleeper,” but neither guy showed up on Monday Night Football. Mayfield was awful, and his struggles hurt Jefferson’s fantasy value too. Jefferson only caught two passes, and didn’t find the endzone which held him under 10 fantasy points. The Rams’ inconsistency makes Jefferson an unreliable player in fantasy football. I was hoping Isaiah Mackenzie (4.4 points) would follow up his breakout performance against the Dolphins in Week 3 with another solid performance in the Bills’ rematch with Miami. He was targeted five times, but only reeled in two of those passes. The snow in Buffalo caused all the receivers in the game to underperform, but Mackenzie was one of the worst. The Bills have a better matchup in Week 16, with hopefully some better weather, so Mackenzie will likely have a better game.

Jahan Dotson (vs. 49ers): The rookie wide receiver out of Washington has snuck under the radar of most fantasy managers after his production took a dip. Dotson was excellent in the first four weeks of the season, but injuries and tough matchups caused the rookie to fall off the map. He’s had back to back games with 15 or more fantasy points, and in Week 15 Dotson had 105 yards with a touchdown. Dotson is available in 74% of fantasy leagues, and is looking to be an offensive weapon for Washington as they make one final playoff push.

Mack Hollins (vs. Steelers): There are plenty of passing options on the Raiders’ offense, but an unfamiliar face was their best receiver in Week 15. Hollins outperformed star teammates Davante Adams and Darren Waller, and posted 14 points in the Raiders’ win. He had a touchdown and was targeted eight times, which is a whopping total for the “sleeper” wide receiver. Hollins finds himself open the majority of the time because opposing teams use their best defensive players to cover Waller and Adams. Hollins is gaining momentum, and the Raiders will continue to utilize him if Adams and Waller can’t get open.

This is a unique time of the year in Fantasy Football since some teams have clinched a spot in the playoffs, and others are desperately trying to get in. Some star players may sit out or see their playing time take a dip with coaches and the front office ensuring they stay healthy for playoffs. The waivers are going to be stacked with talent as bench players are given more playing time in these remaining games, and these “sleepers” can be the players to replace your star players that sit out. Fantasy Football playoffs are do or die, and the “sleepers” I’ve picked will ensure you don’t fall short of the end goal: the Fantasy Football championship. Keep an eye on your roster, and figure out who you can keep in your lineup and who needs to be replaced.