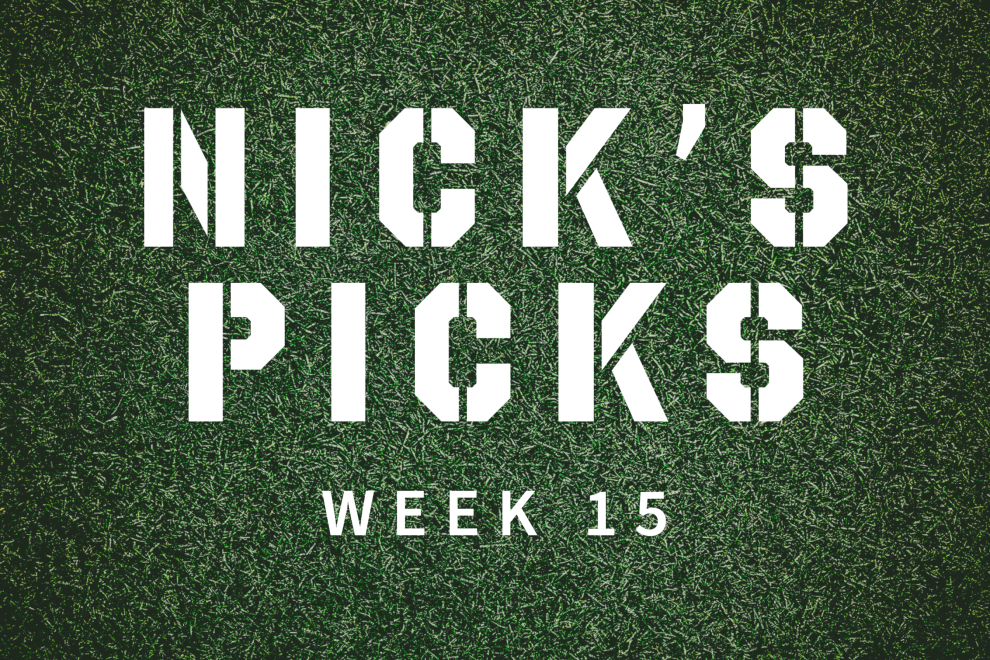 The most important weeks of fantasy football are upon us with playoffs beginning. For some of you, these next weeks will see you fighting for a spot in the fantasy football championships. Others are simply trying to end the season on a high note after missing the playoffs and only getting to play in a consolation bracket. Regardless of how high or low the stakes are for you, it is imperative that you remain attentive to the waivers in these coming weeks. For those of you in consolation brackets, I’ll be finding you “sleepers” that will keep you out of the dreaded last place spot. And for those of you playing in the playoffs, I’ll be finding you “sleepers” that can help you win a championship.

After beginning the season as the third string quarterback for the 49ers, Brock Purdy (21.7 points) shocked the world in his first career start against Tom Brady and the Buccaneers. He led the 49ers to a commanding victory, and put up impressive fantasy numbers. It was one of the best debuts for a quarterback we’ve seen in recent history; Purdy’s future looks bright with his team having favorable matchups in the remaining weeks of the year. It was a far less impressive season debut for Baltimore’s Tyler Huntley (6.62 points), who had to leave the game early on with a concussion. If he is able to clear concussion protocols, I still see him as a valuable “sleeper,” but head injuries are risky. You never know how Huntley will come back from his concussion, and his teammate Lamar Jackson is just a few weeks out from reclaiming his starting quarterback role.

Trevor Lawrence (vs. Cowboys): Lawrence is becoming a familiar face on my list of “sleeper” picks, as this is his third appearance in an article. He has been consistent all year, yet fantasy managers continue to overlook him. He just had his best performance of the season after stringing together four solid games beforehand. Despite his success these past weeks, Lawrence is still available in a third of ESPN fantasy football leagues, and only a quarter of fantasy managers that have him put in their starting lineup. It is time to acquire Lawrence for your team, and if he already is, then it is time to put him in the starting lineup.

Baker Mayfield (vs. Packers): This week’s article features plenty of “sleepers” who are not making the list for the first time. Lawrence is a returning “sleeper,” and the second quarterback on the list, Baker Mayfield, is a returner as well. Mayfield has been awful all year, and I went from being a huge fan of Mayfield as a fantasy quarterback to totally against him being on anyone’s team. Mayfield had a breakout game in his debut for the Rams, and they’ve named him their starting quarterback for the remainder of the season. He has got a fairly easy matchup against the Packers, and will be looking to follow up his commanding debut with another solid performance.

The Rams stunned the Raiders in Week 14 with an upset victory on Thursday Night Football. Cam Akers (9.3 points) played a pivotal role in their come from behind win, as he scored a touchdown and carried the ball 12 times. He wasn’t as efficient in Week 14, compared to his season best game in Week 13, but nevertheless Akers made some noise in their running game. Akers’ success has been encouraging considering how dismal of a year it has been for both Akers and the whole Rams offense. Look for Akers to continue building momentum in Week 15. After multiple injuries in the Jets’ running game, Zonovan Knight (15.7 points) has become an unlikely hero in New York. He has been more than effective in the three games that he has played in, and it appears as if the running back job in New York is all his now. He has been given plenty of scoring opportunities, and the Jets’ coaching staff trusts the young player.

Pierre Strong Jr. (vs. Raiders): Injuries to the top two running backs in New England gave Strong the chance to play in the Patriots’ Monday Night Football game against the Cardinals. The rookie running back thrived under the bright lights of MNF and ran for 70 yards and a touchdown. Strong’s situation is similar to Knight’s situation in New York, and we’ve seen how Knight has benefited from his expanded role. There’s no reason Strong can’t produce fantasy points like Knight has for the Jets. Keep an eye on the other running backs in New England, and if they remain sidelined with injuries, Strong is a valuable option at running back.

J.K. Dobbins (vs. Browns): I was hesitant to put a well-known player like Dobbins in my list of “sleepers,” but his extended absence due to injury caused a lot of people to forget about him. He is easily the best running back in Baltimore when he is healthy, and he proved that in Week 14. Dobbins is only available in 40% of fantasy leagues, but if he is on the waivers in your league I wouldn’t hesitate to pick him up. The Ravens rely on Dobbins when he is healthy, and all the signs are indicating that he is back to 100%.

Things were really starting to look up for Marquez Valdes-Scantling (3 points) heading into Week 14, but he was a huge disappointment in the Chiefs high scoring game against the Broncos. There was plenty of action on offense for Kansas City, but Valdes-Scantling was rarely included in it. He was only on the field for about half of the plays, which is a significant decrease compared to prior weeks. His lack of play is surprising considering it appeared as if Valdes-Scantling and his quarterback Patrick Mahomes were starting to click on offense. DJ Chark (21.4 points) was my best “sleeper” pick of Week 14, and maybe one of my better picks in recent weeks. The entire Detroit Lions team is on the come up, and Chark is just another example of their recent success. He has caught for 90+ yards in back to back games, and has another favorable matchup in Week 15. If you are in need of a flex player in Week 15, Chark is a great option.

Van Jefferson (vs. Packers): The emergence of Baker Mayfield in the Rams’ offense means there will likely be a wide receiver that Mayfield is quick to turn to in the passing game. I’m picking Jefferson to be that guy for Mayfield, and the two were showing signs of having chemistry in Week 14. Jefferson caught the game winning touchdown from Mayfield, and the duo is going to look to build off their successful first game together. The Rams are in desperate need of a consistent wide receiver, and Jefferson might just be their guy.

Isaiah Mackenzie (vs. Dolphins): Rarely do I base my picks off of how a player performs against a specific team, but Mackenzie is going to be an exception. He had one of his best games of this season against the Dolphins, and Buffalo faces them again in Week 15. There are so many weapons on Buffalo’s offense, it often allows “sleeper” players like Mackenzie to find more opportunities to get involved. The Dolphins didn’t have an answer for him last time they faced off, and I don’t think they will this time. He is available in 75% of fantasy leagues, so it’s clear Mackenzie is being overlooked by fantasy managers and the Dolphins. Expect another breakout performance from the speedy receiver.

Bye weeks are over and playoffs begin. Just as we pass over one obstacle, another one comes into view. Playoffs are an entirely different beast compared to bye weeks or players getting injured. It’s win or go home in the playoffs, and paying attention to the waivers is now more important than ever. Everyone is going to be on the lookout for the best “sleepers” on the market, and it comes down to who is the most diligent about checking waivers. Hopefully Week 15’s edition of Fantasy Football Advice will propel your team to the next level during playoffs.