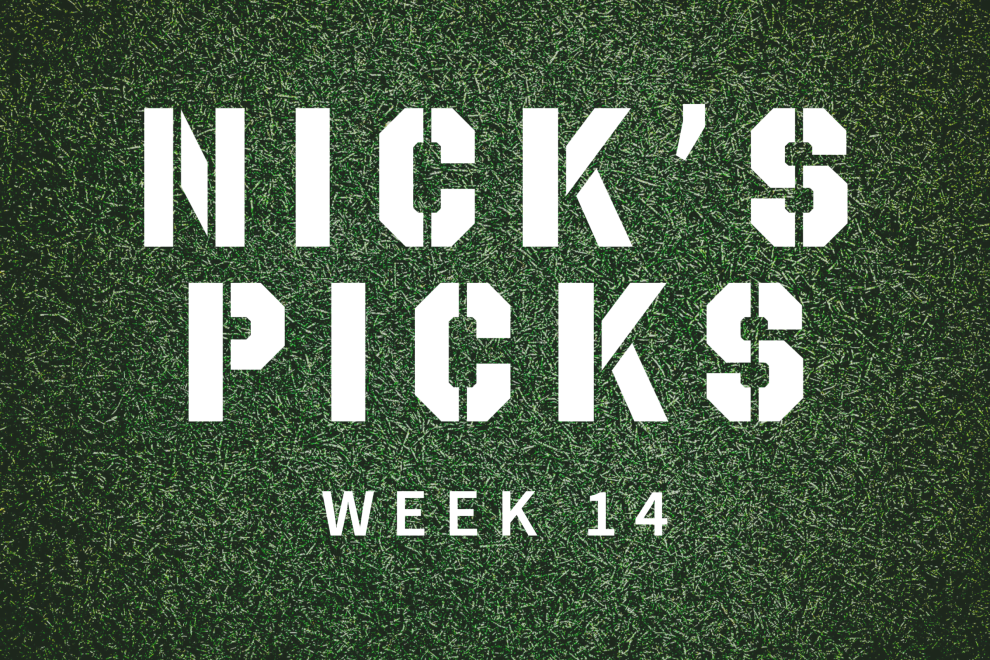 We have officially made it to the last week of having teams on a bye for the rest of the season. After a light week with only two teams sitting out, Week 14 features six teams on a bye — the Atlanta Falcons, Chicago Bears, Green Bay Packers, Indianapolis Colts, New Orleans Saints and Washington Commanders. Yes, bye weeks conclude after this week, but don’t get too comfortable because playoffs are just around the corner for most fantasy football leagues. Playoffs are its own beast, and you are going to want to have the most well-rounded roster come Week 15. On this week’s edition of Fantasy Football Advice, we will go over some “sleepers” that can help you win this week and hopefully keep helping you during playoffs.

After over 700 days of watching football from home or the sidelines, Deshaun Watson (5.34 points) finally returned to the field. Unfortunately his return was far from spectacular, disappointing the fantasy managers who put their trust in the star quarterback. It’s obvious Watson is going to need some time to ease back into competitive play, but if he begins to perform anywhere near how he did before his suspension, fantasy managers will be in for a treat. It was a busy Sunday for Jets’ quarterback Mike White (17.46 points) who completed 31 of his whopping 57 pass attempts, while also rushing for a touchdown. White had a remarkable debut in Week 12, and then followed that up with another impressive performance in Week 13. Look for the young quarterback to continue gaining confidence in his new role as the Jets’ starting quarterback.

Brock Purdy (vs. Buccaneers): The injury bug that has haunted San Francisco all year struck again in Week 13 as 49ers’ quarterback Jimmy Garopollo suffered a season ending foot injury. The starting quarterback role in San Francisco is all Purdy’s now, with the other passers in San Francisco out for the year. Purdy was good but not great in Week 13’s game. Nevertheless, he got the win after coming in for Garopollo on the opening drive of the game. He proved he can lead his team to a win, and if you need a quarterback this week, Purdy is a potential option.

Tyler Huntley (vs. Steelers): This week’s theme when it comes to “sleeper” quarterbacks is players who are starting after someone else got injured. The Ravens’ star quarterback, Lamar Jackson, is considered “week-to-week” after a brutal knee injury in Week 13. There are pretty favorable odds that Huntley will be filling in for Jackson, and after his performance in Week 13, Huntley isn’t that bad of an option. Jackson’s been hurt before, and each time Huntley has stepped up to the challenge. He’s a mobile quarterback with a decent arm, so maybe Huntley is the missing piece for your fantasy team.

The consensus around the fantasy community was that Kyren Williams (0.9 points) was going to have an increased role in the Rams’ offense come Week 13. This was far from the truth, and Williams was only given the ball three times. His teammate Cam Akers, who has struggled all year, got things going on Sunday and the Rams decided to stick solely to Akers. His success is troublesome for Williams who will probably have limited value from here on out. When you consider the Broncos’ offense didn’t find the end zone all game, Latavius Murray (10.1 points) putting up double digit points is extremely impressive. Denver’s offense has been awful all year, and their lack of value has hurt Murray’s value. If they can’t find ways to score, Murray has no value in fantasy football because touchdowns are where the fantasy points are made. I’d keep him out of your lineup until the Broncos prove to us that they can score.

Cam Akers (vs. Raiders): After putting Akers’ teammate on the “sleeper” list last week, it’s clear Akers is the better option to use in fantasy. The Rams have been more inclined to use Akers in the rushing game, and his performance in Week 13 made this apparent. After being drafted in most fantasy leagues at the beginning of the season, Akers has been dropped by plenty of managers and is currently available in 47% of ESPN Fantasy Football leagues.

Zonovan Knight (vs. Bills): A bruised up Jets’ backfield gave Knight an opportunity to get in on the action in the rushing game. Knight took full advantage of his expanded role, posting 30 points during the last two games. It hasn’t been confirmed if some of the Jets’ running backs will be returning to action in Week 14, but if they don’t, Knight will be heavily utilized by the Jets. Even if some of Knight’s teammates return from injury, he is worth stashing on your bench in case those injuries were to return.

The Titans have been searching all season for a reliable receiver after losing their star player A.J. Brown. Treylon Burks (9.5 points) has emerged as the new go-to guy in Tennessee, but his performance in Week 13 was cut short. Burks reeled in his first catch for 25 yards and touchdown, but was knocked unconscious during the play and removed from the game with a concussion. He was surely in for a high scoring game before the brutal hit that sidelined him, but look for Burks to continue to shine once he clears concussion protocols. It has been a rough season for young receiver Elijah Moore (3.7 points), who has complained about not being targeted enough on the offense. He hasn’t clicked with the quarterbacks on the Jets, and his rookie teammate, Garrett Wilson, outperforms him on a weekly basis. After a solid game in Week 12, things were looking up for Moore, but he turned in another lackluster showing in Week 13. He only caught two passes, but was targeted six times, so hopefully the Jets keep looking to get the ball to Moore.

Marquez Valdes-Scantling (vs. Broncos): It is super easy to be high on Kansas City wide receivers since their offense is so efficient. They catch passes from the best quarterback in the league, and anyone has the potential to have a breakout game under those favorable circumstances. Valdes-Scantling has gained more and more chemistry with his quarterback over these recent weeks and was targeted six times last Sunday. He’s available in 49% of ESPN leagues, and has plenty of upside playing for Kansas City’s high-powered offense.

DJ Chark (vs. Vikings): He’s definitely not the first option in Detroit’s offense that seems to improve by the week, but Chark has been a sneaky good player since returning from injury. He had a touchdown back in Week 12, and then nearly eclipsed 100 receiving yards for the first time this season in Week 13. Defenses spend the majority of their energy trying to stop the Lions’ powerful running game, so this gives Chark the opportunity to find ways to get open and be an effective passing option for the Lions. He is available in 81% of ESPN leagues and worth a spot on your bench as he looks to stay on a hot streak.

One more week. You did it. Bye weeks are nearly over, and then you can take a breath of fresh air and pat yourself on the back for making it this far. Don’t get too comfortable though, playoffs are just around the corner and this is not the time to get complacent. Stocking up your bench with valuable players is now more important than ever. Playoffs are do or die, and there won’t be any second chances. This is the week to claim “sleepers,” because if you don’t now, you may never get the chance to do so.