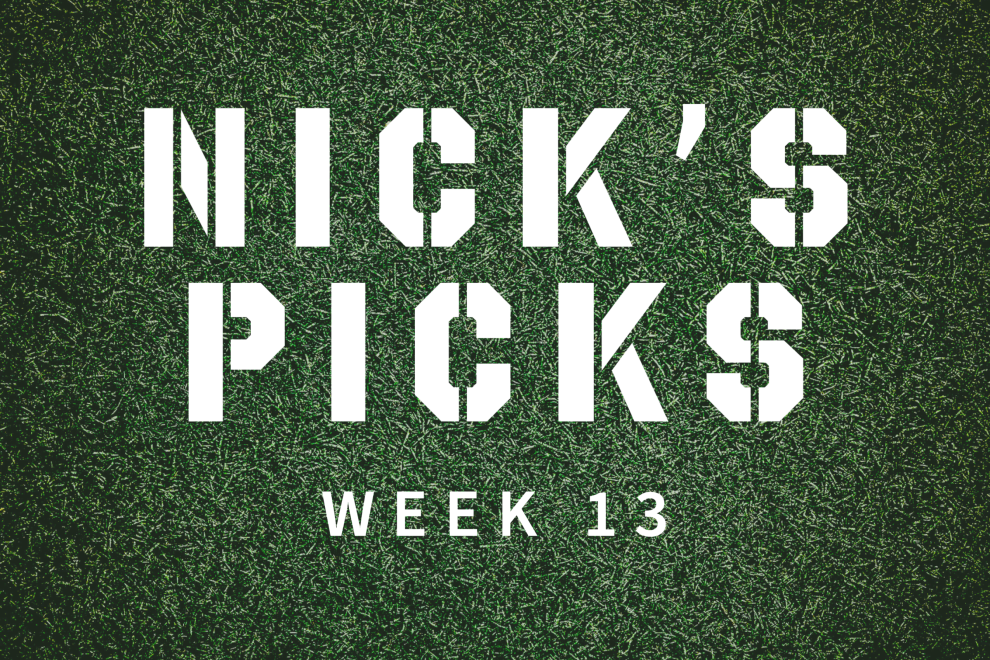 After an eventful Thanksgiving weekend of football, we have reached Week 13—the second to last week where some teams are on a bye. The complications of having players sit out are almost over, and after that, we’ll have four weeks of football with no one sitting. Thanksgiving weekend was a significant one, with several players having breakout games during the biggest week of football. This leads us into an exciting Week 13, with multiple teams entering tight playoff chases. We will see what players will rise to the occasion. In this week’s edition of Fantasy Football Advice we’ll be looking to replace players of yours that may play for the Arizona Cardinals or Carolina Panthers.

Deshaun Watson (vs. Texans): It’s been over 700 days since Watson’s last start, but if his level of play is anything like it was before his suspension, he could be one of the best quarterbacks in the league. He is quick on his feet, while being an elite passer. An easy Houston defense is the ideal team for Watson to face as he eases back into the NFL. He is a household name in the football world, so he may already be snagged in some fantasy leagues. However, if he is on waivers in your league, I’d pick him up in hopes that he plays like his vintage self.

Mike White (vs. Vikings): It feels strange to name a Jets quarterback not named Zach Wilson as a “sleeper.” Just a few weeks ago I considered Wilson to be a “sleeper,” but he has not played well since his return from injury. His quality of play became so subpar, the Jets benched him for White who had a spectacular debut against Chicago. Minnesota will be a far more difficult opponent for White, but he has got to be feeling confident after his impressive debut in Week 12. If he doesn’t find a spot in your starting lineup, maybe stash him on your bench for the time being.

Sit or Start: Despite being on a team in 86% of ESPN Fantasy Football Leagues, Geno Smith is only starting in 50% of rosters. He has been one of the best quarterbacks in the league all season, and has shown no sign of slowing down. He is a “must start” at this point in the year, and has a favorable matchup in Week 13. If you own Smith, there is little reason to not start him at quarterback.

Kyren Williams (vs. Seahawks): The Rams’ offense is in a complete disarray right now and this has created opportunities for some unlikely players. Williams is one of those “sleeper” players who has come out of the woods to contribute to the Rams’ offense. He was given 11 touches on the ground in Week 12, while also reeling in three catches. The Rams’ offense can be unappealing because of how weak they are right now, but you can also see this as an opportunity for someone like Williams to see more playing time. He is available in 80% of leagues and is facing a defense that just gave up 300 rushing yards.

Latavius Murray (vs. Ravens): There have been several running backs on the Denver lineup that have found their way into my list of “sleepers,” and Murray is the next back to be in this list. Chase Edmonds, who was once a “sleeper,” is out with a sprained ankle, and Melvin Gordon was released by the team. Murray is the lone star in Denver now, and the Broncos’ offense can never get anything going through the passing game. This allows Murray to have the ball in his hands for a large majority of the game, and his increased activity gives him plenty of upside.

Sit or Start: The fantasy value of David Montgomery has been unclear all year since he plays alongside a very mobile quarterback and had to split touches with Khalil Herbert. Lucky for Montgomery, Herbert was placed on the IR a few weeks ago, which leaves all the rushing attempts for Montgomery. He’s taken advantage of his expanded role since Herbert’s absence, and I’d say this improvement in play is deserving of Montgomery becoming a “must start” running back in all fantasy leagues.

Treylon Burks (vs. Eagles): The rookie wide receiver has fallen under many fantasy managers’ radars after going down with an injury that sidelined him for five weeks. He got off to a bit of a slow start in his return in Week 10, but has been impressive since. Burks has 35 points in his past two games, and has emerged as one of the Titans’ favorite targets to turn to on the offense. He is available in 62% of fantasy leagues, but that won’t last for much longer, so go get Burks while you still can.

Elijah Moore (vs. Vikings): Mike White isn’t the only Jet who finds himself on the “sleeper” list in Week 13. New York’s performance in Week 12 impressed a lot of us, and Elijah Moore’s activity on offense was the focal point. Moore was outspoken about his quarterback Zach Wilson’s poor play, and the two could never gain the chemistry needed for Moore to become relevant in fantasy football. White seems to click far better with Moore, and it showed with Moore posting his season high in fantasy points. Look for Moore and his new quarterback to continue to thrive together in Week 13.

The Cardinals and Panthers being on a bye isn’t the toughest challenge us fantasy managers have had to face this year, but it is still a hassle dealing with players sitting out. Even if you don’t have too many players on a bye this week, I would encourage you to remain on top of the waivers and see if you can pick anyone valuable up for the future. There will be six teams on a bye in Week 14, and the fantasy football playoffs are right around the corner. This week is crucial for preparing your team for this final stretch.