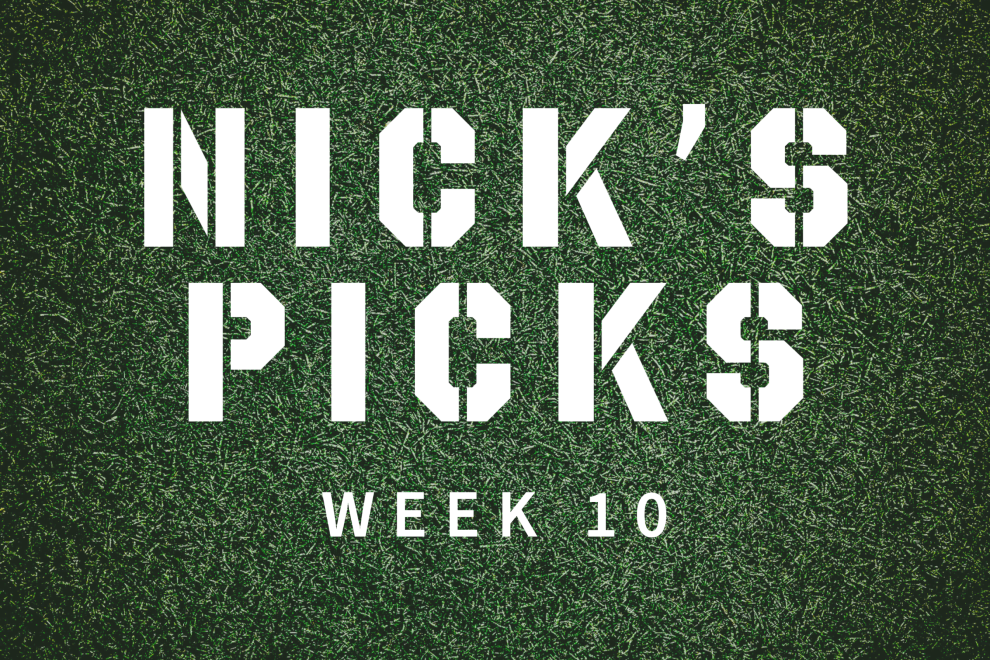 One of the more packed bye weeks of the NFL is over. In Week 9, fantasy football managers saw six teams go on a bye, which meant a plethora of players were out. Luckily, in Week 10 there will be a more standard number of teams out on bye. The four teams who have the week off are the New England Patriots, Baltimore Ravens, Cincinnati Bengals and New York Jets. I’ll use this week to find some potential “sleeper” running backs to replace elite players like Cincinnati’s Joe Mixon or Baltimore’s Lamar Jackson.

Through eight weeks, Marcus Mariota (7.56 points) had turned in one poor performance. Week 9 got the best of the consistent quarterback, and he turned in his second worst performance of the season. He started out Week 9’s game very strong, but Mariota and the rest of the Atlanta offense withered away in the second half. This ugly game from Mariota shouldn’t scare you out of trusting him in the future. The other “sleeper” for Week 9 is a guy whose play is progressively gaining the attention of fantasy managers everywhere. Week 9 officially solidified Justin Fields (42.72 points) as a must start in fantasy football. His team may still be underachieving, but Fields surely isn’t. In Week 9, Fields broke the record for the most rushing yards by a quarterback in a single game. He’s improved each week, and last week’s game was the one that opened everyone’s eyes to the young star’s talent.

Kenny Pickett (vs. Saints): The waiver wire for quarterbacks this week is thin, and that leaves me no choice but to pick a guy who hasn’t been great in the games he’s started. Despite his rookie season struggles, Pickett is coming off of a bye week and playing a defense that just got trampled by the Ravens. The week off may have given the young quarterback enough time to fully prepare for Week 10 and have a breakout game in front of his home crowd.

Jared Goff (vs. Bears): After pulling off the upset against the Lions’ division rival, Green Bay Packers, Goff should be on your radar for Week 10. He’s going up against another division rival, this time, the Chicago Bears. The Bears will be a far easier matchup for Goff, and he’ll be looking to post his third straight solid performance. He’s available in 66% of ESPN fantasy football leagues, making this the perfect time to snag him for your team.

Both times I’ve picked Nyheim Hines (0 points) as a “sleeper,” something bizarre has happened to prevent him from playing. He was in line for a huge game in Week 5, but got a concussion just a few plays into the game. Then in Week 9, he was in line for another big performance but got traded a few days before the game. The Buffalo Bills, his new team, didn’t think he was ready to fit into their play scheme yet and sat him. Look for Hines to potentially thrive on his new team though. The return of Cordarrelle Patterson to the Atlanta Falcons’ lineup caused Tyler Allgeier’s (13.3 points) fantasy value to take a slight hit. Allgeier was still able to make the most out of his 10 rushing attempts, and tacked on a 24-yard catch. Patterson scored instead of Allgeier though, and that will hurt the young running back’s fantasy value. As long as Patterson is healthy and playing, Allgeier won’t produce as many fantasy points as he has in the past.

Jeff Wilson Jr. (vs. Browns): After the 49ers traded for star running back Christian McCaffrey, Wilson Jr.’s value tanked. He was almost never used in the games when he and McCaffrey shared touches. Thankfully for Wilson Jr. and fantasy managers, the veteran running back was traded to Miami. The Dolphins have been longing for a consistent running back all season, and Wilson Jr. put up 16.2 points in his Miami debut. He’s available in 55% of fantasy leagues, but there will be a lot of people gunning for him, so it’s now or never with Wilson Jr.

Chase Edmonds (vs. Titans): It’s tough to be confident in Edmonds after his poor tenure in Miami, but he’s been traded to a weak Denver offense. The Broncos are desperate for some sort of spark on the offensive side of the ball, and maybe Edmonds can be just that. There were snippets of talent during his time in Miami, and there’s always the chance Edmonds rediscovers some of his swagger in Denver. At the very least, it’s worth grabbing him for your bench in hopes that he picks up the quality of play on his new team.

Week 9’s top “sleeper” at the wide receiver position was Romeo Doubs (2.8 points), but the young receiver was only able to reel in one pass before going down with an injury. The right-ankle sprain Doubs suffered in Week 9 is going to sideline him for several weeks, so he shouldn’t be considered in any fantasy leagues for the time being. The entire Colts offense was shut down in Week 9 against the Patriots’ stellar defense. New England had one of the most impressive defensive performances of the season, and Parris Campbell (3.6 points) was negatively impacted by this. He was only able to catch two passes, and the Colts didn’t find the end zone all day. This doesn’t mean Campbell will remain lackluster in the future; he was on a roll coming into Week 9. I’d sit him in Week 10, but look for him to make a comeback in future weeks.

Mecole Hardman (vs. Jaguars): Three straight games with a touchdown is enough to garner my attention, but strangely enough it hasn’t been enough to garner anyone else’s. Hardman has been one of the best wide receivers of late, and he is still available in 64% of fantasy leagues. The young player gets active in both the passing and rushing game, and that versatility should entice fantasy managers. He has a favorable matchup against Jacksonville in Week 10 and is a must add in all fantasy leagues that he is still available in.

Joshua Palmer (vs. 49ers): This is likely the last week that Palmer will be widely available on the waivers, so I encourage you to take advantage of him while you still can. The Chargers have had injury issues all season in the wide receiver department, but Palmer has been the one guy to remain relatively healthy. He has quickly become quarterback Justin Herbert’s favorite target, and in Week 9, he had over 100 receiving yards. If you don’t add Palmer this week, I’d be surprised if you have another chance to in the future.

The trade deadline in the NFL just wrapped up, and this adds a lot of uncertainty to fantasy football. Players are thrown into new roles, and some are stripped of their roles. It becomes difficult to trust certain players on their new teams, and some players have to adjust to playing with new teammates on their team. Give it a week or so, and we’ll begin to see how players are doing in their new settings. On top of all this uncertainty, the waivers were unusually thin this week. There isn’t as much talent up for grabs, but that can always change later on down the road. Stay open minded and up to date with under-the-radar players.