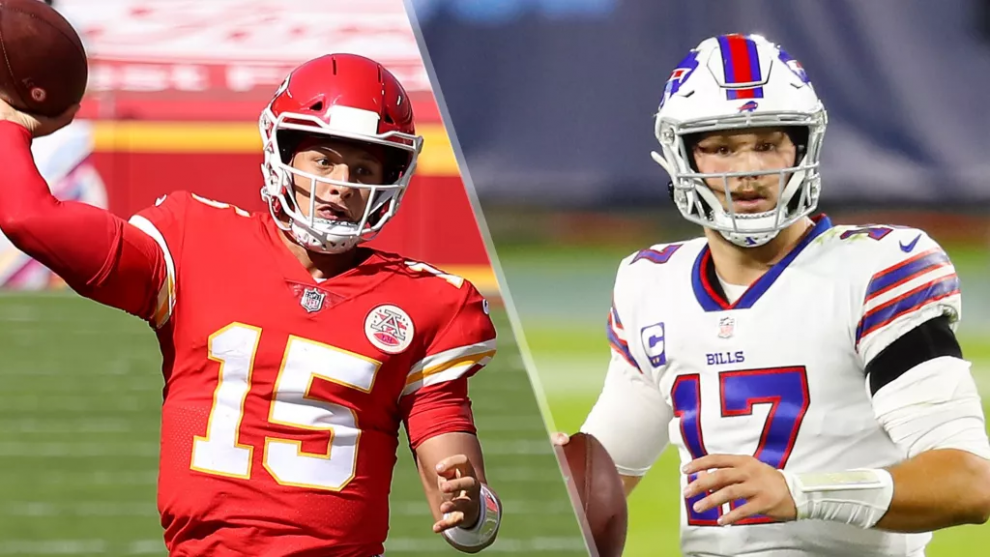 The National Football League’s 2022 Divisional Round on January 22 and 23 was characterized by close scores and high viewership. Three of the four games were won by a three point margin, and together the four games had a total viewership of over 150 million.

“This was one of the best playoff weekends of all time,” said second-year nursing major and long-time football fan Kyler Kroll. “From Joe ‘Shiesty’ leading the Bengals to back to back playoff wins after not having a single one for 31 years to the absolute battle between Josh Allen and Patrick Mahomes, every one of these games were instant classics.”

The Divisional Round kicked off with the American Football Conference matchup of the Cincinnati Bengals versus the number one seeded Tennessee Titans. The Bengals were trying to keep their playoff run alive, after earning their first playoff win in over three decades the week prior. Their goal was accomplished after Bengals kicker Evan McPherson kicked the game winning field goal in the final four seconds of the game, for a final score of 19-16.

The next game was between the National Football Conference’s number one seeded Green Bay Packers, and the San Francisco 49ers. Both teams’ defenses kept it a one-possession game the entire way, meaning the trailing team had the potential to go ahead or tie on one score. The 49ers were down 3-10 with just under five minutes left in the game, when their special teams blocked a punt and scored a touchdown to tie it up. 49ers kicker Robbie Gould would go on to kick the game winning field goal with four seconds left in the game.

Second year marketing major and 49ers fan Dean Maas said, “When we blocked the punt and scored a TD, my hopes were renewed. I cannot believe we won against the favorites to win the Super Bowl.”

The second day of divisional play started with a game between the Los Angeles Rams and the Tampa Bay Buccaneers. The majority of the game was commanded by the Rams, who were up 27-3 in the third quarter. However, after two fumbles and a missed snap by the Rams, the Buccaneers were able to tie up the game. With the score tied, it was up to Rams kicker Matt Gay to win the game. Gay kicked the winning field goal in the final four seconds of the game.

With both the Packers and the Buccaneers being eliminated from the playoffs, this will be the first time in 12 years that either Packers quarterback Aaron Rodgers or Buccaneers quarterback Tom Brady will not be in a conference title game. Younger quarterbacks like Patrick Mahomes and Joe Burrow will take the stage.

“It’s time for new legends to be born,” Kroll said.

The most viewed game of the weekend was the final matchup between the Kansas City Chiefs and the Buffalo Bills. The game garnered over 42 million viewers, making it the most watched television program since the 2021 Super Bowl.

The game was a back-and-forth duel between Chiefs quarterback Patrick Mahomes and Bills quarterback Josh Allen. One team would score and the other would answer back. In the last two minutes of regulation (the standard length of a football game), there were three lead changes on three touchdowns.

The excitement of the game drew in people who do not even consider themselves football fans, like PLNU dining supervisor Byron Zuniga. While he usually prefers soccer over football, he became fascinated by the events of the divisional games.

“It was something else. You never knew who was going to win,” said Zuniga.

The final lead change was made by the Bills to put them up by three points with 13 seconds left in regulation. Mahomes managed to tie the game up and send the game into overtime, where the Chiefs would go on to beat the Bills 42-36.

“These types of games make you a fan. You just want to sit down and enjoy the game,” said Zuniga. “I will be watching more football for sure.”

To be sure, this exhilarating season of the NFL is a treat for both zealous football fans and relative newcomers to the great American sport.