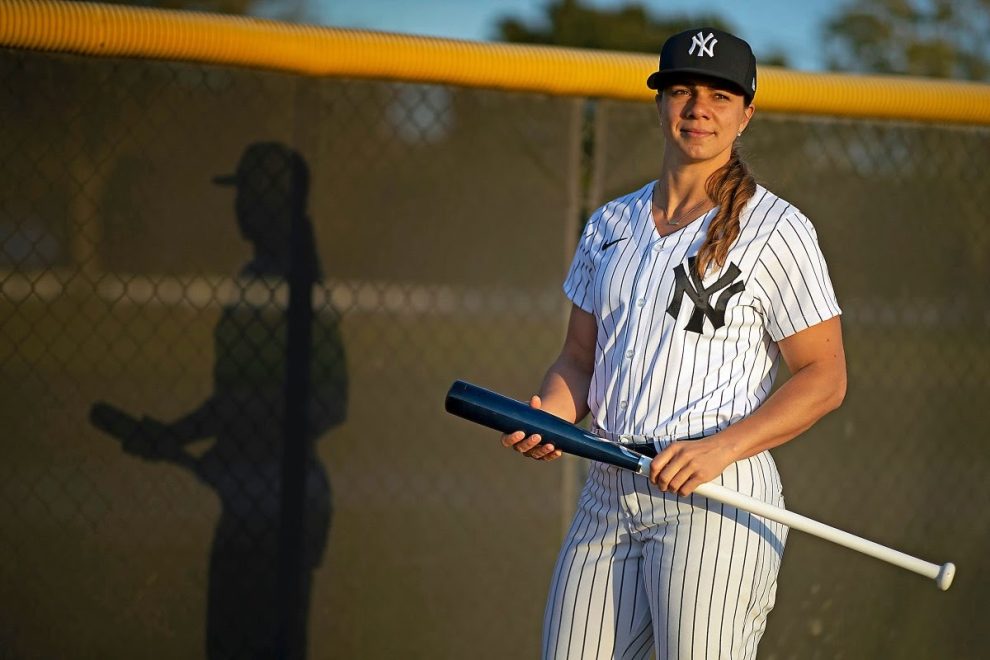 Major League Baseball will see its first female minor league manager in the 2022 season this April. Rachel Balkovec was hired by the New York Yankees to be the manager of the Tampa Tarpons, the Yankees’ Low-A affiliate team. This is the lowest level team in the Yankees’ organization, and it’s where Balkovec will be responsible for getting her players ready for higher levels of play.

In her new managerial role, Balkovec will hold the responsibilities of a head coach. This includes the conditioning and hitting coaching experience she has, as well as additional tasks. She will be responsible for in-game decisions such as lineup creation and pitching strategy, and the day-to-day assignments that keep the team running.

According to CNBC, before working in MLB, Balkovec was a Division I softball player. She played catcher for Creighton University and the University of New Mexico. While softball and baseball are not exactly the same, Point Loma Nazarene University head baseball coach Justin James assured that they have many similarities.

“Sometimes, the game of softball can be even more helpful for learning and her experience should bode well for her,” James said.

Balkovec’s experience as a catcher means she knows how to handle many in-game tasks simultaneously. PLNU fourth-year catcher Easton Waterman explained that being a catcher prepared her for the role of manager more than any other position could have.

“We have to know the ins and outs of coverage, relay, see the next play before it happens so we can direct traffic, all while also handling the pitching staff. Being a catcher sharpens communication skills, critical thinking, and game management,” Waterman said.

While there has been widespread support of Balkovec, not having MLB player experience has been a topic of conversation. However, James made it clear that with MLB’s constant evolution, first-hand experience in the league is no longer needed to be a good manager.

“It is hard work and care for the players that really makes a great manager,” said James.

He has so much faith in Balkovec’s qualifications that he would trust her with any of his athletes.

“I would be ecstatic if a player got drafted to her team,” said James.

Second-year writing major Jessie Taylor, who played softball for ten years, added that passion is a huge part of what makes Balkovec a good fit for manager.

“Balkovec is setting a great example that if you have a strong love for the game and a desire to succeed, you can get yourself to where you want to be,” said Taylor.

As the years go on, more women have been joining the MLB family and other male-dominated organizations on all levels. James has considered bringing a woman onto the PLNU baseball staff. The number of women in baseball is only expected to grow.

“Our game is constantly changing and evolving. I think this is just another way to keep spreading this amazing game to anyone willing to receive it,” said Waterman.