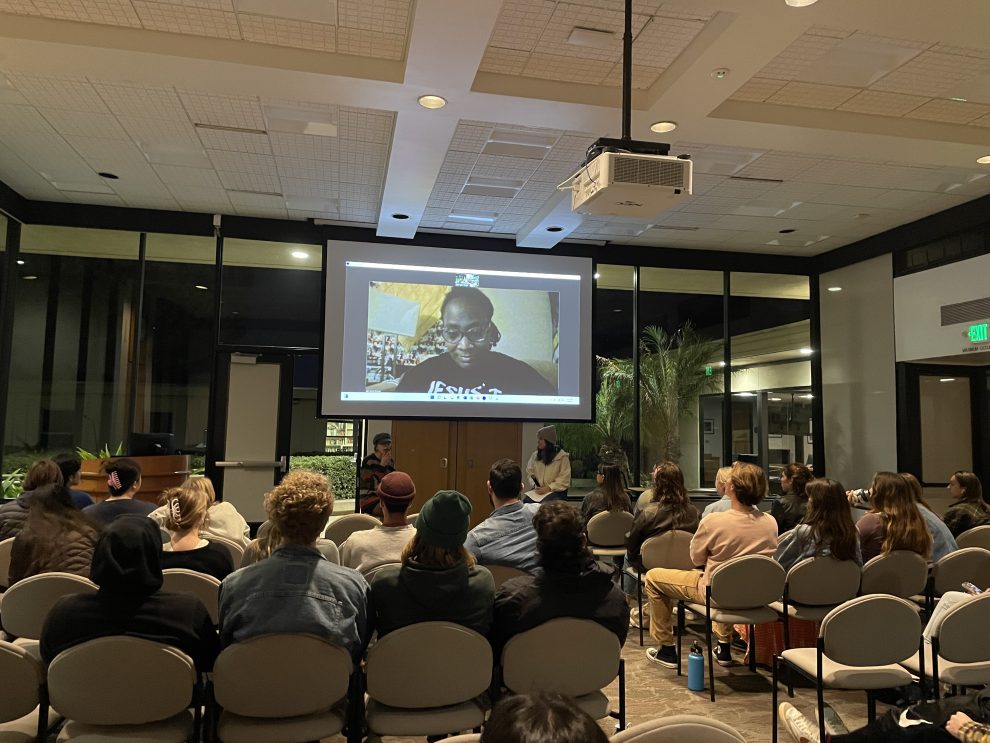 As she situated herself on the screen, Reverend Letiah Fraser’s t-shirt, which read “Jesus + Therapy” was clearly projected on the Fermanian Conference Center screen.

On Nov. 9, Point Loma Nazarene University clubs Delta Alpha Pi and BREAK held a collaborative event called Men and Mental Health and Women and Disability. Delta Alpha Pi is a club that spreads awareness on disability, chronic illness and mental health, and BREAK focuses on gender justice. The event was held in the Fermanian Conference Center and was attended by approximately 50 people.

Morgan Rego, fourth-year philosophy and Christian studies double major is the president of BREAK. Rego, who uses she/her pronouns, said that both topics being covered were important to talk about in the context of Christianity.

Gianna Piva, fourth-year environmental studies major, is the president of Delta Alpha Pi. Piva, who uses she/her pronouns, said that oftentimes the voices of disabled folks are not heard and this event was meant to open the conversation up.

“Oftentimes the church doesn’t include those with disabilities or with mental health conditions because they’re afraid of them or don’t know how to interact with them or how to approach them,” Piva said. “So I feel like the more we continue to have conversations like this, the less afraid of the idea people will be and the more we can make it more of a normal thing and change the narrative of Christianity and disability.”

The event began with a Zoom interview with Reverend Letiah Fraser (PhD), ordained elder in the church of the Nazarene, disability rights advocate and activist. She said there is a sizable number of disabled folks who have chosen to leave the Christian church.

“A large portion of the disability community that would either have been Christian or grew up Christian, or whatever have chosen not to be,” Fraser said. “For two reasons, the issue around healing or being fixed, but also because the church, [the] large church, not any specific denomination, lobbied against having to implement the Americans with Disability Act.”

Fraser also said that language in the church can be hurtful to the disabled community. For example, in common worship songs, the language of being “blind” is often equated with negative attributes or with sin.

Izzy Murphy, fourth-year theology and philosophy double major, said the meeting helped her understand ableist practices in the church that she had not noticed before. For example, how churches invite folks to stand to worship.

Ableism, as defined by Miriam-Webster, is discrimination or prejudice against individuals with disabilities.

After the Zoom ended, Emilio Prieto, Resident Director in Wiley Hall, counselor at PLNU’s Counseling Center and medical social worker at Sharp Memorial Hospital, joined Rego and Piva in a conversation about men and mental health.

Prieto said the main barriers he has noticed in young men he works with are access to mental health help, insurance and pride.

Prieto said there are a few common excuses. One of them had the crowd laughing with him.

Prieto said pride can often come from machismo, a term from his Latin culture.

“Part of masculinity, I’ll use my Latin terms – machismo – is like this belief that I have everything within me to conquer this or there is nothing outside of me that can help me get past this,” Prieto said. “I am the only solution.”

This is not helpful when seeking mental health help; in fact, the gospel illustrates the opposite narrative, said Prieto, it is about seeking community.

Prieto said that the church does not have to work in opposition to mental health help.

“Sometimes a Lexapro prescription is what we need on top of prayer and that’s okay,” Prieto said. “Sometimes you need a therapist and a pastor.”

Nicholas Ma, fourth-year social work major, said this event is an example of the power of clubs on campus.

“This is the type of event I wish that ResLife did more of,” said Ma. “I wish that all groups on campus did more with prominent voices in a step above where we are in life. These are former students, but only by like two years, so they understand where we’re at and are not separated from our lives.” 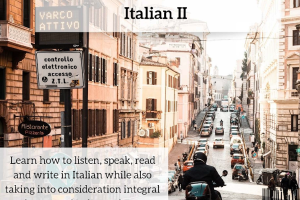