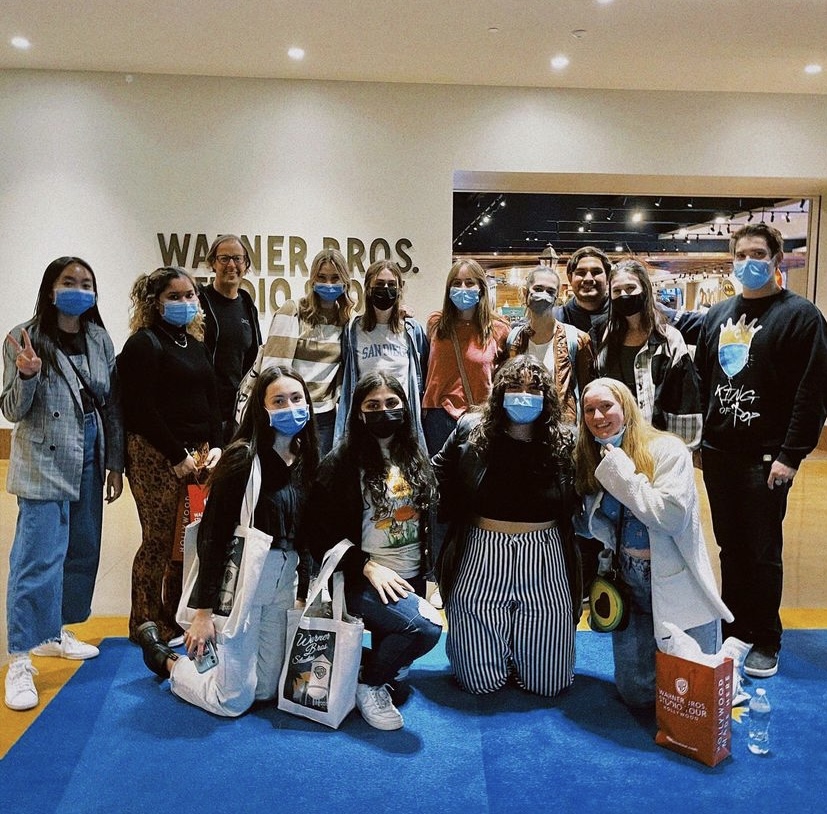 Every year in January, Point Loma Nazarene University’s communication department takes its media communication students on a trip to a professional TV studio. This year, they took 13 students to Warner Bros Studios in Burbank, California. The Warner Bros. Studio covers 110 acres which includes numerous sets, sound stages, and rooms full of any prop you can imagine. This trip is a dream come true for students as they get an inside look into not only the sets of their favorite films and TV shows, but the film industry as whole.

One of the most popular sets on the Warner Bros. lot is that of the TV Show, “Gilmore Girls.” Maile Raventons, a senior media communication major, described her experience seeing the “Gilmore Girls” set as being “so surreal because I had just re-watched a couple of those episodes over winter break and had been thinking ‘that would be so cool to hang out on that set’ and then I actually did.”

“Gilmore Girls” was filmed at Warner Bros. Studios in 2000, and now, 22 years later, fans can walk the streets and stand under the iconic gazebo. Another popular set on the tour is the set of the renowned sitcom, “Friends.” The studio allows its visitors to order coffee at the Central Perk cafe, or sit on the orange couch in front of the fountain, which is the same couch the cast sits on during the opening theme of the show.

This trip also appeals to students who aren’t media communication majors, but simply fans of movies. Amber Blair, a freshman biology major, decided to go on the trip simply because she loves film, “whether it’s old or something new…seeing the production of it is really cool.” One fascinating aspect of the tour is learning the truth behind production, and how much of it is fabricated.

While this may seem obvious, it can be somewhat heartbreaking for fans to realize that what is shown on TV is not reality. For example, the “Gilmore Girls” set incorporates fake leaves on the trees which can be taken off to indicate a change in season. According to Blair, the tour “can show the importance of film and all the work that goes into it…the scene itself looks nothing like it does on TV.”

Ultimately, the trip is meant to inspire students by showing how many individuals work together to make our favorite productions possible. There are an estimated 8,000 staff members at Warner Bros. Studios, each with a unique job. Another non-media communication major, Finnegan Murtagh, says that the trip “inspired me to work harder in my major and also to realize that I can also participate in the system.”

The studio tour is eye-opening because it shows that replicating the production process is very much possible.

“I think we’re just so used to taking things at face value that as creators we feel as if we need the best equipment and the best decorated elaborate sets when in reality you don’t,” Raventos said.

Here at PLNU, media communication students have access to a wide range of equipment and other resources to create their own media content through these resources. Students are able to gain the hands-on experience they need to get a job in the film industry post-grad, whether they hope to work as talent in front of the camera or behind the scenes.