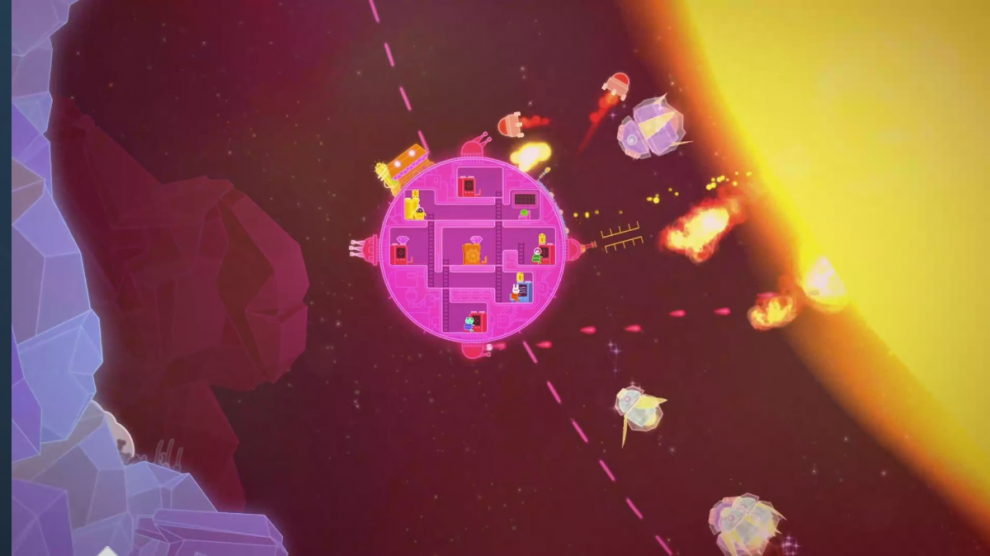 In the past, I have recommended a lot of happy and relaxed games — games that slowly ease the pain of a long week of studying, or dealing with a group project where everybody seems confident in their ability to ignore the deadline until three days before. This game is not one of them. I originally bought it because it seemed relaxing and casual, something any of my friends regardless of skill level could pick up and play. Boy, was I wrong.

“Lovers in a Dangerous Spacetime” is a co-op, party spaceship “simulator” about a group of adorable cartoon characters from the organization LOVERS, which stands for League of Very Empathetic Rescue Spacenauts (obviously).

These characters are trying to restore the balance of love vs. “Antilove” (the actual term) by flying around, rescuing cute animals and fighting off evil aliens. How could that be anything but a fun easy time, you may ask? It’s just a cute animal game about lasers and love, right?

Well for starters, the game requires competent partners to play. The gameplay consists of you and at least one other player running around a two-dimensional ship, manually climbing ladders to operate the engine, guns and shields. Each player can control one of these at any given time, and the challenge is putting together a functional strategy to keep your ship from becoming a heated mess of scrap.

Enemies constantly spawn in, traps are triggered and getting stuck in gravitational fields is a common occurrence. If you’re not careful, the first boss of the game will turn you into paste time and time again as it requires artful maneuvering and coordination with the other players. The regular enemies lose their cute appeal when you start to see artillery drones firing on you, or while a nuke is set to go off when you’re trapped in a cave.

A hack game reviewer would say it’s the “‘Dark Souls’ of anthropomorphic animal spaceship simulators.” Playing this with other players can be fun though, as it got my blood pumping and had me cackling with glee as I narrowly avoided enemy fire. It has its fun moments, but requires people who are willing to talk to each other to enjoy fully.

The game has a single player mode, where you control an artificial intelligence dog, but don’t be fooled. I played single player for a few missions to try it out, and it is one of the saddest things I’ve ever done in a game. Celebrating Christmas by playing “World of Warcraft” is slightly less depressing than playing a co-op game about the power of love by yourself. Moreover, the AI is terrible when you have to manually select which machine to operate, and it kills the whole idea of co-op.

There are things I like a lot about this game like a progression system where you get gems to upgrade your ship’s different stations, and you can acquire different ships. It’s a fun time with friends, provided everyone is willing to talk and aren’t prone to getting into fistfights over who did or did not panic over a nuke going off.

Rest In Peace Kentaro Miura — Remembering “Berserk”
Groovin’ At The Point: A Good Sign of Things To Come