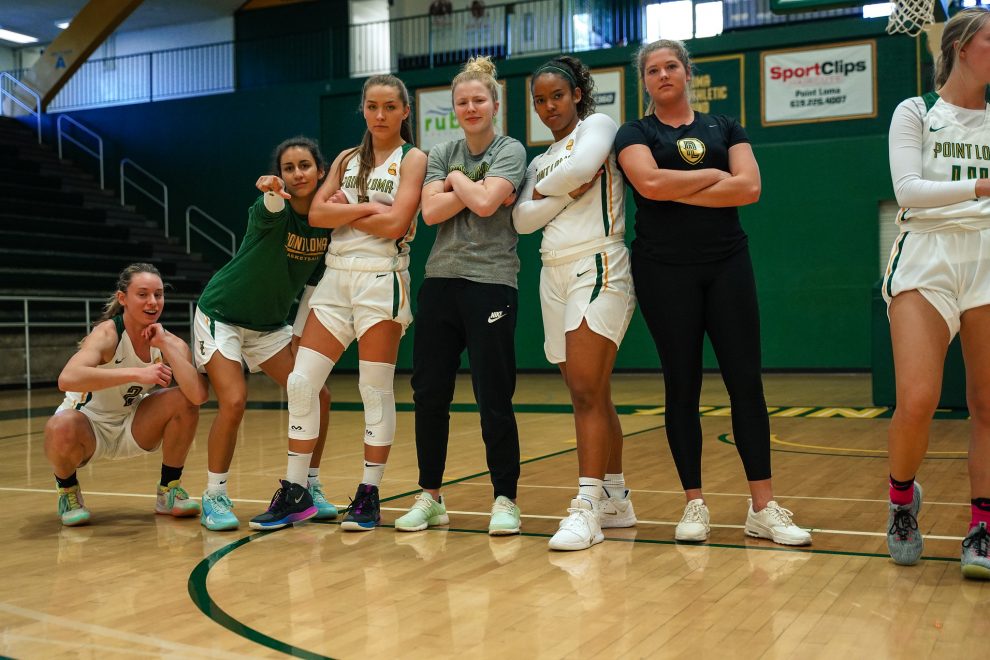 The PLNU women’s basketball team provides excellent entertainment for people at the Golden Gym at PLNU.  With a 13-8 record that currently has them in fifth place in the PacWest standings, the team entertains fans, but more importantly, the game of basketball creates long-lasting bonds between the players on the court as well as between players and fans.

“I’ve gotten to meet so many amazing people and play the sport I love,” said Izzy Turk, a junior guard from Seattle, Wash.

“My team is family,” Carly Raley, a junior forward from Santee, Calif. added.

Raley says her favorite part of being on the team is how the team gets to travel together as team members develop character and establish a foundation of life skills in a different way than learning in a classroom.

“I’ve learned how to work better with people despite conflicts… you’re playing for a team not yourself,” Raley said.

“I’ve learned what pushing through adversity and commitment really means physically and mentally working so hard. It builds a different bond than academia,” Turk said.

The team also has built connections with many of the fans watching the games in Golden Gym, and one Sea Lion fan stands out in particular. Liv Misouria, junior psychology major, cheers the Sea Lions on every home game of the Women’s basketball team . She creates and holds up encouraging signs for the team, and the team appreciates it greatly. Raley appreciates the energy that Misouria brings to the gym, and her sign that says “I love Carly” helps motivate and encourage Raley.

“Liv is the best hype man, and she doubles the team’s energy,” Turk said enthusiastically. She added Misouria’s sign that reads “Izzy getting busy” is always an encouragement to her on the court.

Leading the team is Lisa Faulkner, the head coach of the women’s basketball team. In her fourth year as coach, she makes sure the players work hard on the court, but she also ensures her players take care of their bodies and build team chemistry.

“[Coach] is very defense-oriented, and our games are won because of defense,” Turk said.

“Coach is cautious about our bodies,” Raley said. “She makes sure we rest and do yoga.”

Nevertheless, more than the results on the court, the bonds that players on the team have developed is part of what makes being a college athlete so special.

“It has been a really cool experience. There’s a special team bond, and I’m excited to see what we can do with it,” Turk said.

How to Cope Without Football
Spring Sports Preview